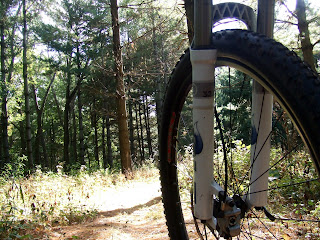 Wow! What a difference a week makes. Last week I was sweating it out in Bootleg Canyon in near 100 degree heat. Wednesday I was riding in a wool jersey and I almost wished I had full finger gloves.

I'm not complaining. I like the change. It is refreshing not to be grinding out a climb in near stifling air and soaked in sweat. Buzzing creatures are nearly absent and spiders are closing down shop. Nice! I think I only got one web across the face on my little ride.

The venue was the North side of the Camp. The trails are already somewhat obscured by leaves. I had to really pay attention to my line in places. 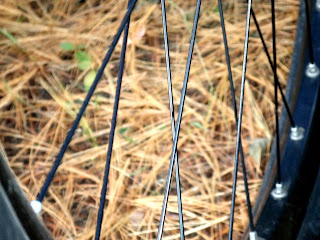 The pines have been mown, which made riding through there a joy and a lot faster. In fact, the whole trail system was pretty tacky and fast where there was dirt.

In the sand, the horses and deer have pulverized and fluffed up the sand into a flour like consistency. It makes the trail sketchy in some places. The Ardents wanted to wash out a bit in those places. In the rest of the places they wanted to hook up. Nicely as a matter of fact. 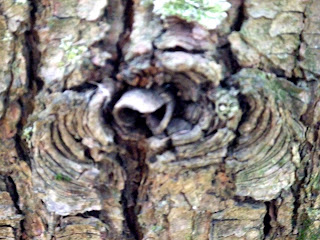 I decided to do the "expert loop" after the pine section. This starts out with a big downhill into a ravine and back out. Just as I had expected, this section suffers from erosion due to the monsoon we had instead of spring. I suggest that the section be re-routed. It needs to not go straight down the fall line and back up. It'll be a tough job to get right, but it needs to be done to utilize this area to its fullest and keep it from washing away in the future.


Maybe during Saturday mornings trail maintenance session I can talk to some of the guys about it. I just stood there thinking about how the MORC built trails are done and how much better the Camp could be. Yeah, we could use some help, but I think it's worth looking into. 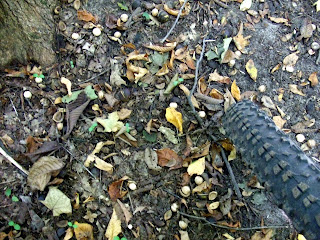 So, I kept riding on, just trying to get into a groove that never really seemed to come. I guess I was still fatigued and not recovered from my 36 hours of no-sleep travel last Saturday. Maybe, or maybe it was just an off day, who knows. I just plugged along and tried to enjoy the scenery and watched the deer jump and run all over the woods.

Squirrels were scrabbling up and down trees busy with the unreal amounts of nuts available. I suspect that by the looks of the ground in most places that we'll be seeing some monstrously fat and furry squirrels this winter and next spring. It looked like whitish gravel in some places because of the amount of shelled acorns on the ground. 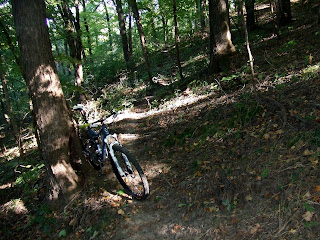 I was heading out for a second lap when I felt a strange sensation in the "nether" regions. I stopped and checked it out. Crap! (No, not really "crap", just an expletive, okay?) I had ripped my knickers right in the rear. Brand new knickers with three rides on em, including this one. That's a hundred bucks shelled right there!
Anyway, I was pretty bummed out, and to limit the damage I decided to bag the rest of the ride and go home.


At least I got some time in, about an hour of actual riding I suppose. Better than being inside, especially on a day like yesterday. The knickers? Yeah, Mrs. Guitar Ted is all over that, believe me! She will be making a few phone calls or e-mails soon to see what can be done about it, if anything. Just a minor deal, but a hundred bucks is a hundred bucks. Whattya gonna do?
Posted by Guitar Ted at 9:28 PM