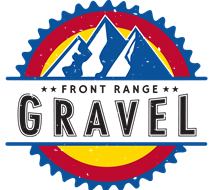 Colorado Gravel Site: Here's an idea I am a bit surprised that hasn't happened before now. Colorado will have it's very own site on gravel grinding soon. Right now it is called "Front Range Gravel" and the response, I am told, has been very positive and big enough that the site is going to expand to a statewide gravel based site soon. (It's done! Called Riding Gravel.com)

They talk about gravel everywhere there though, so check out the forum here.

The forum covers all aspects of gravel riding from bikes to recreation, and events of all sorts. The site also serves as a place to disseminate information on three Colorado Front Range gravel events, so check that out if you hop over there. Just a note to make sure that if you go to the site in the next day or so, it may be glitched or down as the site owner  works out the new site


Again, I find it odd that this hasn't happened somewhere else before this, but this is pretty well done from what I have seen so far. Check it out.

The Trans Iowa Clinic: Okay, there has been some banter about this idea, so I want to set the story straight as far as what is being proposed so far and to gauge interest in the idea.


The premise is that there usually is a pretty big "rookie" field coming into Trans Iowa any given year. These new people have questions, comments, and concerns, but no good place to air them out. We thought it would be a good thing for these new folks to be able to "pick the brain" of a grizzled T.I. vet or two. So, here's what may be happening for sure, (as always, things are subject to change), but I'm pretty confident this is what will happen.


Des Moines will be the host for the first Trans Iowa Clinic. It will be hosted by Trans Iowa finishers Steve Fuller and Mike Johnson, (Mike also is a Tour Divide finisher), and of course, I'll be hanging around somewhere as well. The venue can not be publicly announced quite yet, but if what we're looking at gets approved, it will have easy access off I-235 in the downtown area of Des Moines. There would be eating, drinking, and the watching of "300 Miles of Gravel". Then there would be a Q&A session with Mike, Steve, and I. We'll have some still images to help illustrate points and our bicycles with gear to give ya'all visuals.

We're thinking early in December or in January for this. Let us know by leaving a comment here what you think of this idea. Worthwhile? Worthless? Either way, we want to hear from you. By the way, if this is a big deal for enough folks, we may consider taking the show elsewhere, but only Des Moines has been earmarked so far. Stay tuned for announcements on this.....

Well, my progress on my Son's Mukluk 2 and the Singular Cycles Buzzard- Project LTHT- have both been slowed by the same issue: Head sets! Both bikes take 44mm head tube compatible head sets and both bikes have tapered steer tube forks. You'd think it would be easy to decipher the head set code to get what I want. Nope.....missed it by one number, and that resulted in a foul. My bad!


Meanwhile, plans are being made and parts are being gathered. I switched up my plan for the Son's fat bike wheels. Those will now be coming off the Snow Dog. Why? Because I need to keep my purple front hub on my titanium bike, that's why! But really, it will make a lot more sense to break down the Snow Dog, pilfer parts, and then maybe do a slower rebuild on that frame or hang it up and get a newer, slicker frame at some point down the road. No hurry on that front.

The Buzzard will be getting a nice shiny set of wheels and an option to swap to a nice, black set of hoops. Black ones will go on first. Then there are some rumblings behind the scenes about some newer parts, but that will have to wait. If I need to get riding, the bike will start life as a 9spd rig and I'll go from there.


3GR: Yes- I will be riding next week. This will be the last 3GR this year too! I have to start doing Trans Iowa recon and I plan on starting that next weekend and every spare chance I have after that will be aimed at getting T.I. recon done before the snow flies. So, if you can join me, please do, and we'll say sayonara to another year of 3GR's. Thanks to all who came and joined me this year!


That's a wrap! Hope ya'all can get out and ride this weekend!

If you haven't already sorted the headset issue I can recommend Hope Pick 'n Mix stuff.
I use a "2" upper cup and "H" lower for my Buzzard+tapered fork.
Cheers from Sweden
/Johan

@Johan: Thanks! I will look into it.

I like the idea of the TI clinic and would try to attend should I get on the TI V10 roster. I would also welcome the idea of a gravel ride snuck in the weekend somewhere.

I think it's a great idea,I would try to come. The more lead time the better.

On the clinic: I'm trying to fast track this so the date and place are known well in advance. Hopefully enough responses here and elsewhere that I have the idea posted will help get to the tipping point for those involved and we can move forward. Thanks for the comments guys!

The headset looks like a headache, but that orange sure is pretty!

I like the idea of the TI clinic, and will contribute anything I can! Happy to talk about nutrition, training, optimum tire choice (ha ha ha), how to make it through the night. Also happy to just visit with everyone!