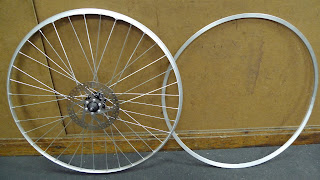 <===These used to be one piece. Not anymore!

Apparently the situation here was that a lady, who was sitting on the bicycle this wheel was mounted to, heard a big explosion, looked down, and saw her front wheel in pieces. 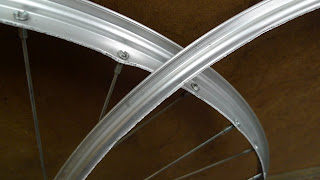 As you can see, the rim blew completely apart in two halves around its entire circumference. 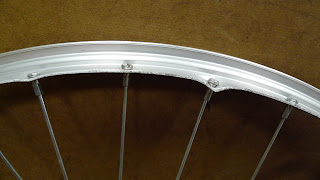 Maybe the spoke tension was too high, maybe the disc brake caused the warping at the nipples, or it may be that the damage occurred at the time of failure. It's really hard to say here. 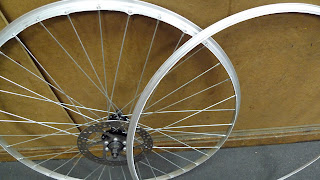 I still find it absolutely amazing that one of these low end companies hasn't been sued from here to next Tuesday over one of these bicycle shaped objects.

I think its just a matter of time.
Posted by Guitar Ted at 1:34 PM