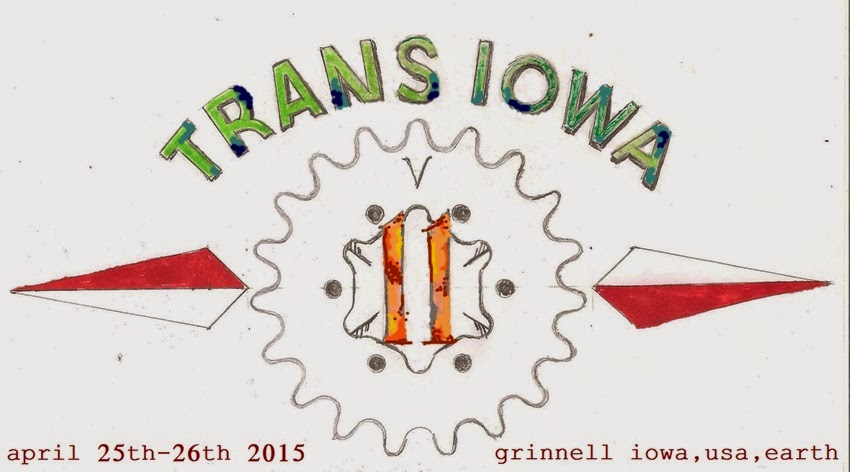 The response to Trans Iowa V11 has been swift and overwhelming. Thank you very much one and all.

I wanted to post a short update on some of the ideas and things that have happened so far. First of all, I have a lot of good people standing alongside of me in this endeavor. So far, it is the strongest "brain trust" of Trans Iowa experience yet brought to bear on a Trans Iowa version. Folks volunteering this year are past Trans Iowa Veterans that have multiple starts and finishes under their belts. These guys know the drill from a rider's perspective and will be tapped for their experiences now that they have joined me on "the other side" of the event.

Trans Iowa entrants will benefit directly, and one of the ways this will happen is through another Trans Iowa Clinic. Last year I waited until after registration to do the clinic, but I found out later a few folks attended that benefited that weren't in Trans Iowa V10. So, I figured maybe we ought to run the clinic earlier than December and have a ride involved afterward as well.

Last year we held the clinic in Des Moines, Iowa. It is centralized from the standpoint of many of the participants of Trans Iowa. However; should we move it, have more than one clinic, or just stay with one in Des Moines? That's a question not yet answered. I'll be working on this soon.

Until that time, I have the Geezer Ride and a route to figure out for this silly long ride on country roads in April.
Posted by Guitar Ted at 1:30 AM


Mark
Good to see yet another version of the great event. I'd suggest that you approach every aspect of this event with a more laid back attitude - it is not worth the strain/stress/tension/worry that it causes you - your personal wellbeing is too important.
Good luck and very nice that you got a lot of good help.
John