Well, with all my "major" activities for Summer behind me now, I can start to buckle down on the route for the Geezer Ride happening October 18th out of Amana, Iowa. For finer details on what this ride is and what not, GO HERE.

I have always had a loose idea of what this ride will entail, but I need to actually go ride this to nail down the best way to tackle it and keep it around 40-ish miles. Maps are well and fine, but there is no substitute for actual miles on the bike to get a feel for a route and how it might play out.

Looking back at the initial interest, it became clear that this ride may have a lot of folks who are doing something like this for the first time, or are not "veterans" of the scene. There will be some pointers I will post previous to the ride, after I have a handle on the route, to help out with all of that. The main goal is for everyone to feel comfortable, yet get a bit challenged, and overall- HAVE FUN.

I'll be posting periodically on the Geezer Ride going forward, but please feel free to ask questions in the meantime.

The Blackborow DS has caught my eye and now I have committed to getting one for this Winter's commutes and more. Here's why I feel this bike will benefit me versus the Snow Dog and By-Tor, my two Mukluk rigs.

First of all, even back in 2011 when I started riding my blue Mukluk dubbed The Snow Dog, I realized that 3.8" tires weren't going to cut it for where and how I was having the most fun on the bike. I really liked, (and still do), riding off trail, on snowmobile tracks in the back woods, and on the post-holed single track in the Green Belt. None of these places are very conducive to the low tread, Larry tires, even if they are Big Fat Larrys. I needed more width in the rims, bigger tires, and more grip.

I played around with schemes for new wheels and tires and drive train mods, and......well, it was all kludges, really. The Mukluks are not really well suited to having that big a tire on them. Plus they were hampered by the 1 1/8th straight steer tubes, precluding the use of any carbon forks or suspension forks that I was interested in.(Although I did eventually find a carbon fork for the Snow Dog)

Not that my Muks are going out to pasture! Far from it. The Snow Dog will remain in use as a bike for less challenging commutes and trail work, and the Ti Muk......just wait and see. 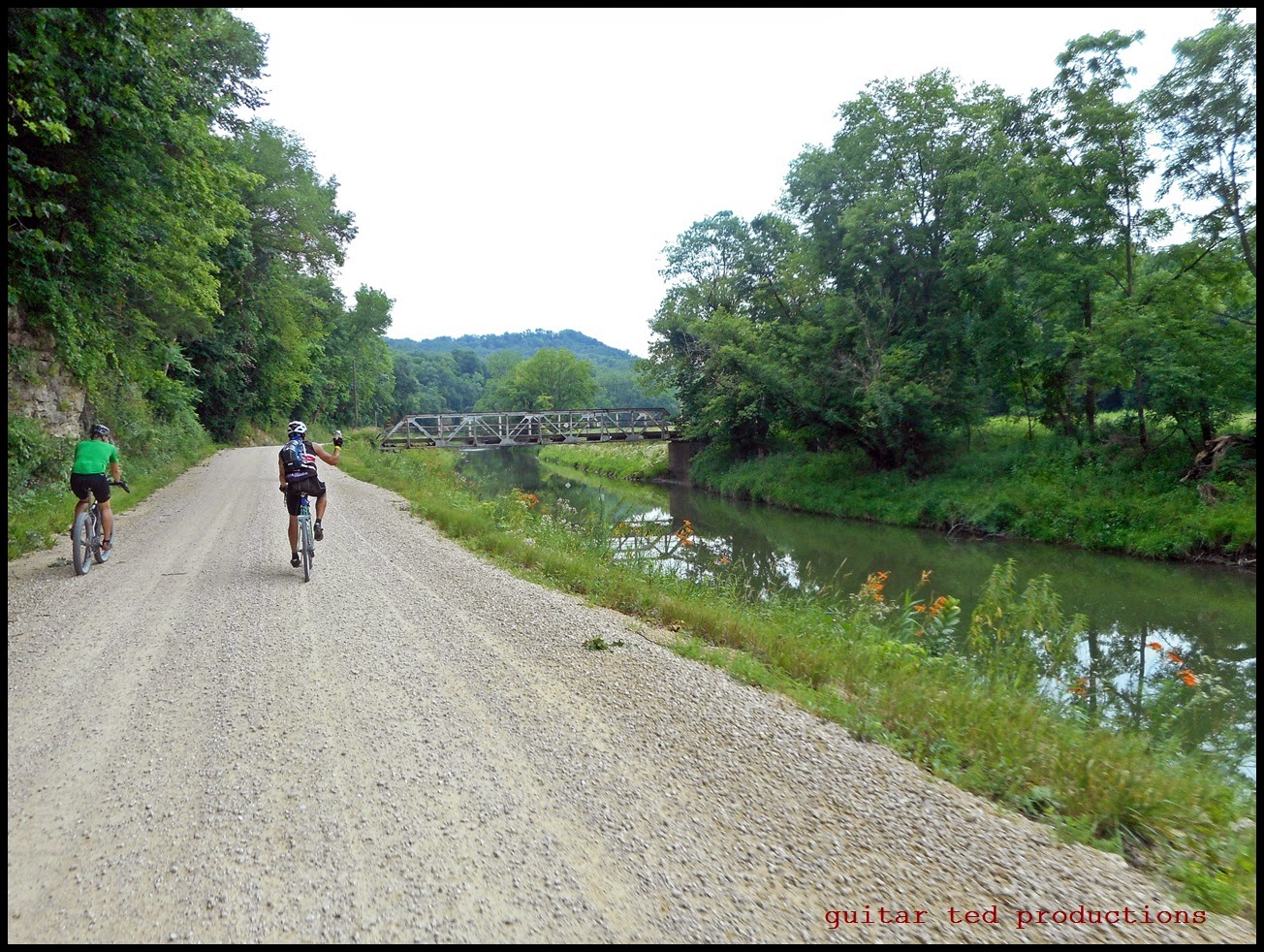 Things have been rough since the crash with the Silverado. I contracted a nasty flu right after that incident, and then it turned into a head cold with bronchitis. I've been under the capable care of Mrs. Guitar Ted, (Masters in Nursing), so I have had great care, but I have been pretty miserable until yesterday when I started to make some headway out of this funk. Still hacking and wheezing though.

In fact, the flu and cold hurt so bad I forgot all about getting hit until yesterday when I felt less pain everywhere else and started noticing that my right hip was feeling weird and some other things that kind of hit me upside the head to say, "Ya got hit by a truck, remember?" So, I still am a bit sore from that.

Needless to say, I haven't ridden a bicycle under strict orders from my caretaker! Mrs. Guitar Ted even suggested I stay home and not attend her graduation from college this weekend so I can rest to make a full and speedy recovery. I'm a bit bummed out that I'll miss that. Anyway.....Yeah, so that's what's been going on with me. Hopefully back on the bike for commutes next week. We'll see.....

Hopefully ya'all out there are doing way better than I. Get out and ride those bicycles folks! Summer is almost over.

You need to attend your wife's graduation. As long as you can move. I was "encouraged" to attend my mother's late graduation when she was in her 50's. Now it's one of my great memories of her.
"Just Sayin' ".....

Have you ever tried the Surly Nate in snow? I have them on my Mukluk and they are very impressive in deep sand (Big Mac lake in Nebraska). Not sure about snow yet as we got didly squat last winter.