I know that the following may come as a surprise to some folks out there, but not everything I do revolves around cycling. Yeah......shocking, right? I know that I have contributed to that perception by keeping a pretty straight party line here on the blog, but it just ain't so, in reality. So, here is a bit of a diversion for your Monday reading and pixel peeping pleasure.

I worked with a fellow named Brian at the shop for a time. Sharper readers of this blog might remember that it was he that passed down the 1X1 frame to me. Anyway, he got married to a long time friend of mine's daughter, whom I've known since she was born. The wedding gig was at a place called the Rollins Mansion in Des Moines and it was a pretty cool venue. Only one issue with attending that service was that we missed it.

Yep. I completely blew the time of the service. It happened at 4:00pm and we didn't get there until just past 5:00pm. Oh well........ If you knew anything about my history concerning weddings, funerals, graduations and the like, you wouldn't be surprised. I have had a knack for getting times, places, and other things wrong. Well, this time it wasn't a total miscue. There was to be a dinner and after party held there, so we had that to look forward to. When we arrived, we snuck in the back way, (yes, the entire family), and mingled about the various folk there as if we had been there the entire time. Somewhat saving face and all, I guess.......

Anyway, the wedding party was getting photographed and someone wandering about informed us that we were encouraged to explore the mansion and grounds in the meantime. so, we did just that. Here are some random shots from the place.

So, another thing y'all know about me is that I like flowers. Well, of course, there were flowers at this wedding. But since it was outside, I saw a couple of live flowers that also caught my attention. 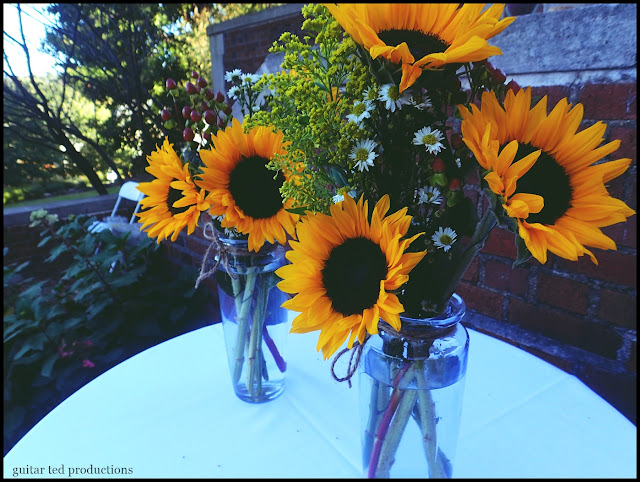 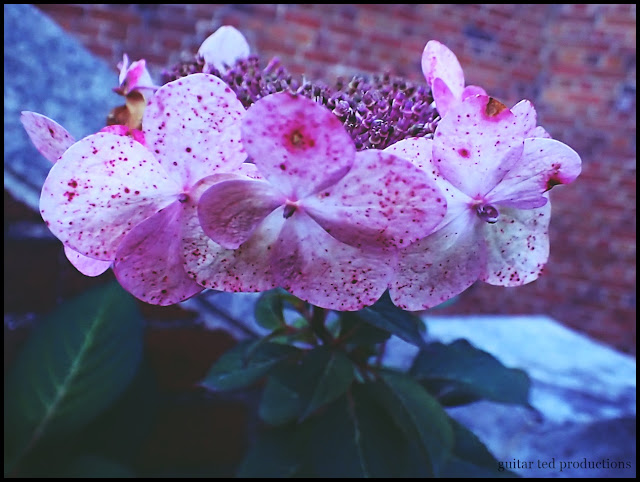 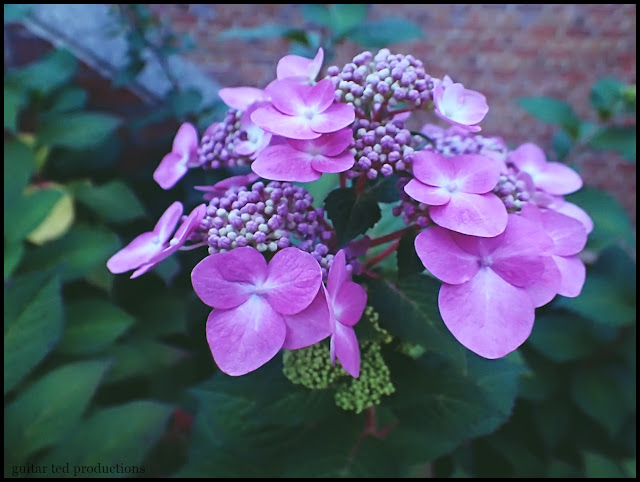 Then there are people at weddings. Since I was real familiar with both sides of this deal, I knew a lot of people there. In fact, I saw some folks there I have not seen in a long, long time. This made for a lot of conversations and a very, very late night. Good thing I do Trans Iowa sleep deprivations every year, because I was up until 4:00am in the morning! All totally worth it though.

There was one thing that was directly related to bicycling that came out of this trip. That was an offer to me by a reader of this blog who was willing to part ways with a tandem to help me fulfill my dream of having a tandem to get the family out together on bicycle rides. "BB" lived just 20 minutes away from the motel where we were staying so I made Saturday the rendezvous time to meet him and pick the rig up.

So, we picked up this Raleigh "Coupe" tandem and took it home. (Thanks BB!) It's already been test ridden by my son and I. so I am sure it will work out just fine for what I wanted it for. Hopefully it will work out that my daughter will finally be able to join the rest of us on family cycling outings. With a few tweaks, I hope to try that out soon.

The entire weekend was something of a vacation for us all. Especially for me. I "unplugged" from just about everything. I resisted checking e-mails and Facebook. (I did a few times) I focused on the people I was with, as much as I could. As I said, many of the people I chatted with I haven't seen in ten years or more. It was good to reconnect. Really good. It was also good to take a break from all the cycling-centric stuff I do. No testing, reviewing, writing, or training. The only time I was on a bicycle all weekend was for the two lap test ride of the tandem around the motel we stayed at with my son.

I even took a vacation from everything Trans Iowa. Maybe that concerned a few of you that sent in post cards and didn't see your name come up on the pages on the site. Well, I have done one update last evening and will do another today to get myself caught back up. If you haven't seen your name, now you know why.

So, that was a great weekend and I am tired and relaxed and ready to go back to the routine with a fresher outlook. It was a good time for the family, and we got a new tool that will hopefully become a thing that will allow us to do an activity I love together. That would be great if it works out that way. We will see. My son thinks he wants to be "Captain" with my daughter on the back. I'm not sure that would work out so well, but you never know.
Posted by Guitar Ted at 1:30 AM

Nice to see photo of Jon and Mike? What about the happy couple?

It was great catching up with you and the family on Friday, Mark!