Messing With The Numbers 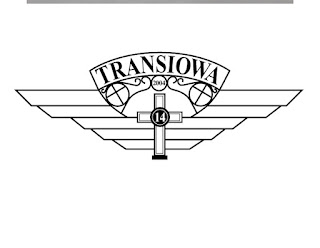 I finally got the Trans Iowa History site updated with the final stats and the story on Trans Iowa v14. There was one thing I was curious about as I tallied up the final roster numbers for all Trans Iowas.

That was that over the fourteen years of the event, only 530 unique individuals ever toed the line for a Trans Iowa race.

That isn't many people in 14 years time.

You can break things down further, as in how many unique individuals ever finished, (150), and more, but the 530 people in 14 years is kind of interesting to me. First off, it is obvious that a lot of people came back over and over again. Many have done Trans Iowa ten times, nine times, eight times, and on and on. What does that mean? How do you interpret that number?

It isn't easy. For one thing, I weighted getting into a Trans Iowa towards those who had already done one. There were a few good reasons, in my mind, for why I allowed that to happen. The major reason being was that once you had done Trans Iowa, and wanted to come back, I knew that you understood the event. You "got it". What Trans Iowa was all about was well understood and accepted. Having a LOT of these folks in the field meant that the Rookies in the field had someone to look at, be guided by, and would have the benefit of leaning on during the event. In my mind, it would be easier to have it this way than to have a field full of greenhorns who maybe didn't understand what they had gotten into.

Then there is the fact, yes fact, that not that many folks are interested in a triple century-plus event done "the hard way". No amenities, no prizes, no aid stations, no "real finish line", and certainly no awards ceremonies or the like. Usually folks are attracted to getting their props, getting treated like "a rock star", or whatever. Trans Iowa was decidedly NOT going to be that way. I never had a distinct finish line, awards for top finishers, (most of the time), or awards ceremonies for a reason. I think that stuff is bogus. That's my personal take on it. To my mind, the reward to the rider and all the value in Trans Iowa was the rider's experience during the ride. So because of how I am concerning that, most people would never want to do an event like Trans Iowa. I think that also figures into this.

Of course, the roster limitation was a big factor as well. 120 was the max, but before V9 it was 75, and the earliest ones 70 and 50. The exception being V3 when we let 128 sign in and 64 showed up to ride. Which is another point to ponder- we let a lot of folks in that year- all that wanted- and half dropped out or just didn't bother to show up. It just goes to show you that when the responsibility is all on the rider to get 'er done, that is a big ask, apparently.

So 530 individuals in 14 years isn't that hard to understand when you consider all of that. Others have said that I "held to my guns" when it came to keeping TI the way it was, and that's the other thing I think that turned off a lot of people in the end. That's okay. Lot's of other events that cater to their peccadilloes to chose from out there, and that's fine. Obviously there is a greater need for that than an event like TI.

So, again, I didn't ever think a lot of people would ever get into something like a Trans Iowa, but the fact is, some foks did, and they kept coming back. Maybe a bit of text from my T.I.v5 report will help make sense of it all:

"Known to racers as “TI”, “The Trans-Iowa”, or as something that haunts their unconscious mind until they tame the beast, Trans Iowa has been something of a cult. It seems to be a passion that is hard to explain to others unless they have been bitten by the bug that infects the soul of any who dare to toe the line at the late spring event."

The ultimate "you had to be there" event? Possibly. Only those who have done Trans Iowa can really make an attempt at answering the questions posed in this post. Maybe they could help decipher the numbers better than I.
Posted by Guitar Ted at 1:30 AM

TI brought me a degree of anxiety and excitement and wonder that I haven't yet experienced with any other event -- all the unknowns meant that hard training day in and day out might equate to very little come late April, and because of those unknowns, it hovered in your head all year long. Maybe that degree of anxiety contributed to the numbers who didn't want to throw their name in the ring ... and the obsession of those of us who needed to keep coming back.

I only wish I had a better command of the english language to express myself. Yes, I agree with Katharine that it was something that hovered in one's head all year round. In my case it hovered in my head for over 10 years. It was something I loved, not wanting to let go of it. The preparation, the waiting, the weather wild card. I think it attracted a certain kind of person. I know some riders came only once and savoured the craziness and never came back. It doesn't surprise me that the overall numbers weren't bigger. Ari