A Few Words On The Guitar Ted Death Ride Invitational 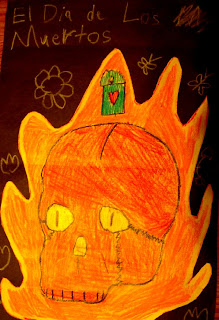 <====The  "Official Artwork " for the GTDRI was done for me by Izabel Stevenson.

I received another e-mail yesterday that reminded me that a lot of you out there get tripped up by the grandiose, totally "tongue-in-cheek" name for my laid back, fun, no rider left behind gravel grinder in late July.

Specifically, it would appear that the word "invitational" is the offending bit here. Many of you seem to think that I need to specifically "invite" you to show up. And well.......that is the straight rendering of the meaning of "invitational", isn't it?


I can not say as I blame anyone for getting a bit put off, or confused by my attempt at humor, sarcasm, and irony. As far as the name of the event goes, anyway.


"Death Ride": You hopefully will not "die", at least not in the sense that your life ends. maybe it will get changed? Maybe. It is a long, hot, dusty ride, and you may feel like "dying", or as if you had "died" out there. Get it? That make sense? It is a long, arduous ride that will tucker you out, at the least. There is a whole story behind this part of the name, but I won't repeat it here.

"Invitational": Simple really- I'd be honored if you would come to ride with me on the GTDRI. You are invited. (Can it be any plainer than that? No, I do not think so.)

Let's add it all together now- "Guitar Ted Death Ride Invitational" Looks imposing, and sounds serious. It is neither of these things, in light of the other gravel events you may know. Think of it as the "anti-Trans Iowa", if you will. Similarities exist, but it is waaaay more laid back and fun. (Well, when it isn't cooking your insides out, like what happened to me last year.)

So, there you go. If there are still misunderstandings, I'd be glad to clear them up. Just hit me with an e-mail. Otherwise look for references to updates here and on the GTDRI site soon.
Posted by Guitar Ted at 1:00 AM