Okay, So I Had This Idea For A Gravel Road Race....Part IV 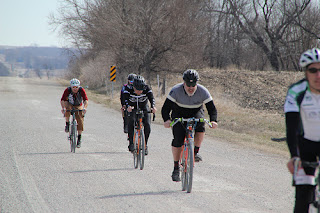 Getting back to an idea I was bandying about last March, (see post here), I wanted to throw out some more ideas and get back up to speed with where my head is at on this idea.

First off, there are only a few vague details I am certain will be part of this, and to recap, here they are in no particular order.....

I have some things to throw out there as to the formatting of the event that might make it more interesting. These include, but are in no way limited to the following:
Basically, it would be a gravel racin' shindig for three days. Maybe if it really took off, somewhere down the road it could be a week long deal. I think a weekender makes sense to shoot for out of the gate.

Want to talk about it? Shoot me an e-mail, or show up at the GTDRI and we can chat. For now, I'll let the idea simmer till after the GTDRI happens, and then I'll make a decision for myself as to where I will be going from that point. In the meantime, if I hear about others that are going to "borrow" this idea, it is okay, just give me some credit for inspiration. That's all I ask.

I think the idea of a varied, three event race is great. I would for sure try to make it.

Charity themed funtions seem to be succesful in New England. Do you ever post pics of the Iowa landscape? Sounds Interesting. Thank you.

@Herringbone: Sometimes I have stuff posted from my rides. Landscape shots from my gravel road travels.