With just a little over 80 miles left to recon to finish off looking at the Trans Iowa V10 course, I knew it would be a short day. I was back at home by noon to eat lunch with my family! I don't think that has happened before.

As always, I was up way before dawn getting ready to go. Jeremy was with me once again, and his stalwart volunteering to help with recon has been invaluable. Thanks Buddy!

We actually got started reconning the course before the Sun lifted her head above the horizon line. It was obvious that it would be a clear, cool day with breezy winds. Perfect for a dry, safe recon. Jeremy and I were in good spirits and munching on goodies we purchased at a convenience store, which will be on the route. (More on that resupply story which concerns the Trans Iowa participants later...) 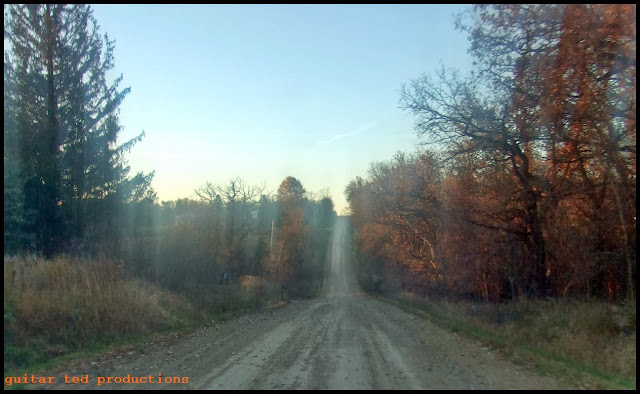 It certainly didn't hurt that a long, ten mile stretch of road lay before us after a short bout of turns to start out the trip. There were the usual big, rolling hills, and the beautiful landscapes. These were further highlighted this fine morning by the slanting November sun which lent some amazing contrasts and kicked up what color there was left in the trees. Mostly oaks are the only trees now with leaves left. Their rusty hues were seen on many a hill. 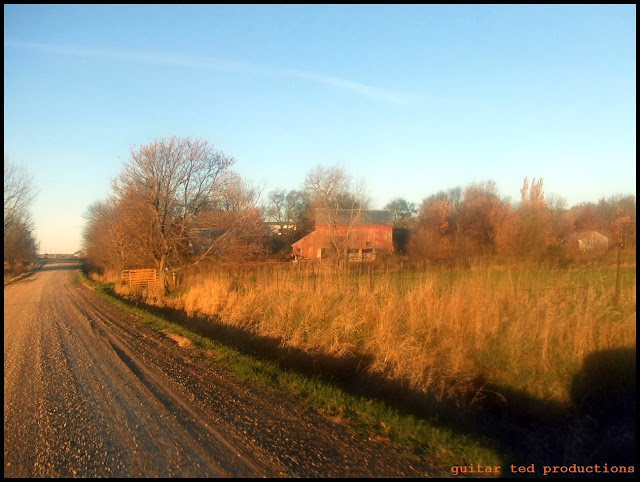 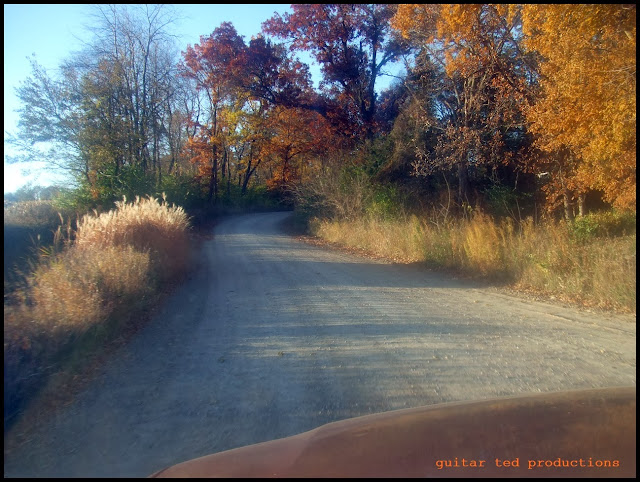 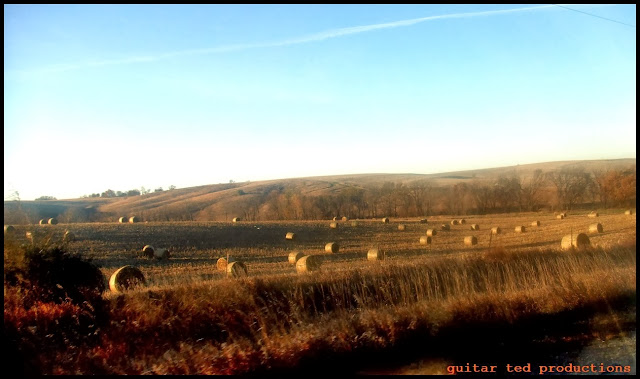 We also found some great roads that are "off the grid" system. Curvy roads, roads that cut diagonal. All totally against the rigid mile square pattern layed out by the law of the Land Ordinance which was passed in 1785. (Yep- you can partially thank Thomas Jefferson for how Iowa and other states are "gridded out"!) I always look for roads like this, and while some are boring, many show signs of being old stage coach roads or Native American trails that were adopted by settlers and remain somewhat the same now, preserved as gravel roads, despite being somewhat "straightened" a bit for purposes of farming. Most are really interesting to travel on and have good views.

The bad thing about doing all those last miles at this time of the year in the morning, (or later in the afternoon), is that the Sun stays low in the horizon longer, which made traveling East a real interesting deal! There were a few times where going around curves and meeting trucks was........close!  Even with sunglasses on, the view out the windshield was blinding going Eastward.

Thankfully, that didn't last very long! The roads were also not very dusty either, and the recent rains are to be thanked for that. If it had been dusty as well, on top of the blinding sunlight, it would have been much worse.

The roads themselves are hard to judge right now. The Counties are not going to be investing into much maintenance during harvest and going into Winter since it would be a waste. That said, we did see fresh gravel patches where the roads needed it. The closer we got to Grinnell, the more clay in the road bed was noticed, and Trans Iowa vets do not need to be reminded what that turns into when it gets wet! (Peanut butter-like wet mess!)

I would imagine at some point Poweshiek County would put down a bunch of fresh gravel, but it is hard to say if T.I.v10 will fall before, after, or during that maintenance time. Last Spring we hit it right on the money for maintenance time!

The Powesheik County roads are weird though, and along with Jasper County to the East, the rural areas are very unlike those North or South of these counties. We found a few roads on the course that were narrower, had little gravel, and even had black earth for significant stretches. They looked all the world like B Maintenance roads, and if they get wet, I bet they will ride a lot like B Maintenance roads too. Hopefully they will be drier than not!

Of course, there IS a B Maintenance road or two before the end of the loop. In fact, for the entire loop I added in one B Maintenance Road for every year Trans Iowa has been around. That's ten in all. Some are no big deal, (in terms of B Maintenance Roads), and a few are real toughies. There will be a really tough, challenging one right out of the gate, for instance. There will be no sub-24 hour Trans Iowa in 2014, and I would wager no one will be under 25 hours either. (Yes- that is a challenge!)

Now a word or two about the convenience store opportunities for v10. Like last year, the course is a bit "front loaded" with opportunities to get stuff. Here's why- convenience stores in rural areas close early on weekends!!! I can not emphasize, underscore, yell this, or try to push it into your Trans Iowa riding brains enough. You will not get a chance to re-supply in the overnight part of v10. There just isn't anything anywhere that will be open for riders to access. You will probably need to consider being able to carry enough water, rations, and whatever you need to get through the night to cover 120-ish miles. Convenience store stops will fall at 54, 113, 177, 248, and 292.5 miles into the course. The stop at 248 miles? Yeah.....I will be surprised if anyone but the back of the field gets to see that one open. You should plan on going from 177 to 292.5 with everything you'll need in terms of food and water. This will be the only time I'm going to give these specific details.

Okay? That's a wrap on recon reports for now. The next course recon to verify the cues will happen this coming Spring. Next up: The Trans Iowa Clinic on December 7th in Des Moines, Iowa!!
Posted by Guitar Ted at 1:30 AM