If you were cruising the web yesterday you probably saw that SRAM introduced a new suite of mtb components dubbed "GX". The new stuff supplants X-7 and X-9 parts and will fall into a price point similar to what those parts cost at retail.

There are two interesting things about this from my standpoint. Firstly, it brings a 1 X 11 possibility to a much lower price point which is affordable to far more people. This will see tons of spec on 2016 model bikes. But in a brilliant move, SRAM finally made a 2 X 11 option which utilizes the 10-42 cassette and will have a tremendously wide gearing range. Again- all at a price point far below elite level components. This will circumvent Shimano's entry to 11 speed componentry since they only have XTR at present, (unless they unleash an XT and SLX variant on XTR later this year), and will probably push the XD driver standard further down in price point on wheels as well.

From where I sit, I am pleased with this SRAM announcement as it slides perfectly into my schemes that I have in pursuit of my 29+ project. Hopefully we won't have to wait forever to see this stuff become available. At any rate, the derailleur and shifter are all I am really after, and when I get those parts, I will have all I need to complete the drive train. Then it will be on to tires......

Finally, all the media stories mentioned that these parts will be offered in a  Boost 142 compatible version. That tells all of us out here that you can pretty much look for 135mm QR rear hubs to start disappearing for most future mountain bike applications. And really, it's been far too long that the industry has held on to that standard for mtb. Don't worry though. Your old 135OLD disc hubs will work perfectly on new road bikes for quite awhile into the future.

Okay, if you are a sucker for historical tidbits about Iowa, then beware of this next link, because it just may suck you in! It is a site about little hamlets, villages, towns, and forgotten places in Iowa. Here's the link.

I love stuff like this, and I come across places like this all the time in my Trans Iowa wanderings setting up courses. When I peruse maps and see some spot listed that is near to where I want to go, has an interesting name, or a historical connection to someone or something, I'm all over that as a place to go through for Trans Iowa. I don't know that anyone else has caught on to that, or even cares as much as I do, but I love that sort of thing. It goes way back to one of my old self-supported tours I did in the mid-90's where we went through Wood, South Dakota. I just remember thinking that I might be one of only a few people that had ever gone through that village of 62 people on a bicycle. It just struck me as being cool and I have remarked to people bragging about having gone to some far flung places on the globe by saying, "Oh yeah? But have you ever been to Wood, South Dakota?".

In fact, I probably got the bug for old places when I was a kid. My family's homestead on the paternal side is near to another forgotten place- Maple Leaf, Iowa- and I put that on the Trans Iowa Masters Program course last Summer because I thought that was cool. Anyway, if you are in T.I.v11, be prepared to see some more of "Forgotten Iowa" on the course! 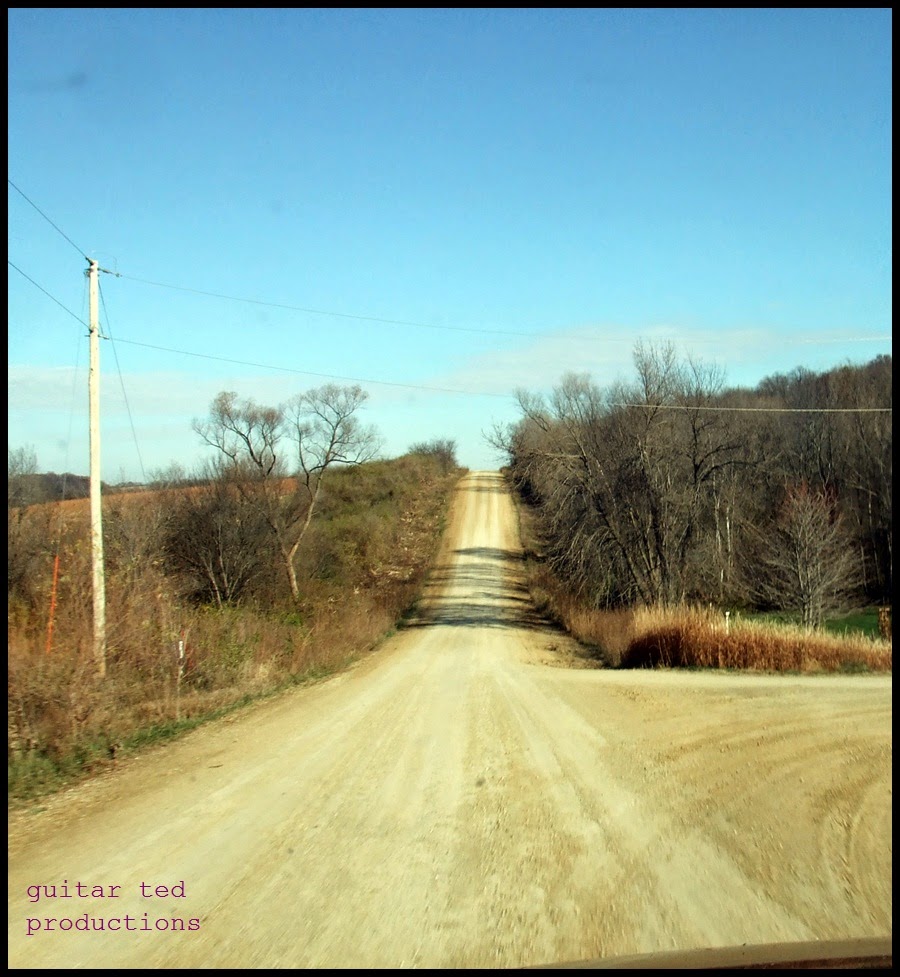 A couple things that I wanted to clear up that I see are tripping folks up unexpectedly. One has to do with April Fools Day. I'll tell ya- the cycling industry needs to just stop the juvenile false stories on every 4/1 that comes along. It's not clever, funny, or in good taste. It just leads to confusion and makes people stupid. That isn't funny, by the way.

It's all FALSE people. Not true at all.

Even if that actually did occur, who really cares what the UCI says? I don't and a lot of other promoters and riders would just carry on- business as usual. That so many folks thought the story was real is sad and the folks that foisted that one on the unsuspecting public should be ashamed. In fact, the site that published that garbage had to publish a retraction the very next day. Hope that was worth all the clicks you got on that one.......

Next up is another specious story that was originally put up on the web in June of last year, and keeps coming back up again and again in re-posts by the originating site and shares by manufacturers that apparently don't get that this is an "old story" and not at all accurate. It claims to list the "10 Best Gravel Races" around the country. First off, it is so poorly researched that it doesn't include the Almanzo 100, arguably one of the most popular grassroots races ever, and also included an event, which at the time of the original publishing had not ever been held yet.

There are over 230 events that I am aware of, and several of them could be argued to be "best" in several different categories. The criteria for choosing the ones listed on the site that published this goofy piece? Who knows. If you see this link anywhere on the web, just know that it is pretty much "click-bait" and nothing more.

And one more bit of gravel nonsense from yours truly. You can listen to THIS while you are traveling this weekend.

Rigid Road Bikes Might Not Be The Best Idea On Cobbles?

Well, in the "What Comes Around- Goes Around" files, we have a new story about "new road bike technology" for the Spring Classics in Europe. (See the story here) The thing is, it is not new at all. Just another go at it, that's all.

Now don't get me wrong here- I love this stuff. I really do. It is harder with the Pro road bike crowd though, since they are so bound by traditions. Not that the UCI helps that, but traditional road bike style dictates that you just do not suspend anything on a road bike. Which is fine if you want to be a cycling version of an Amish person, but, ya know, there might be a better way to glide over the cobbles and heck, why not use it? Obviously bicycles are so light now that you could afford to add the weight of some suspension to the bike frame in a clever way. Is the Pinarello Dogma the way to do it, or does the Trek Domane do this better, or....? Maybe they just need to bite the bullet and slap on some really fat tubulars. Ya know.....like 35mm ones.

I guess the UCI seems to want the companies to provide "spec bikes" but not really say that overtly. Too bad, because I think there should be an "unlimited" category where manufacturers could innovate and produce radical new ideas for these races, which would make Pro Road cycling somewhat interesting again. Of course- there would be some limitations- but give these folks a little rope and let's see some cool new tech. And while we're at it, take away the team cars, and make these bikes live through a whole event self-sufficiently with no back up. That would be good for everyone- racers, the viewers, and for trickle down stuff for recreational cyclists that actually would be worth riding. Because if it lasts an entire event and can be repaired in the field, if necessary, it should be good for the general public. Ya know....not like some of this racing stuff is.

Anyway, that's my take. Have a great weekend and keep the rubber side down!
Posted by Guitar Ted at 1:30 AM

I'm with you on most of the April 1st tom foolery, but defining what is and what is not a gravel road...that's funny!