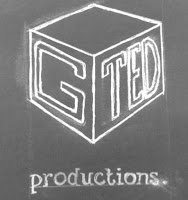 The "Rear View Decade" posts are my take on the soon to be closed out decade from 2010-2019. These posts will be a look back at some of the most impactful, notable, and odd events I posted about here on the blog with some new commentary. This will be from a perspective having the benefit of time to consider things, so I reserve the right to have a bit different opinion on some topics than I did "back then". This is the third and final post in this mini-series. Enjoy!

If you missed Part 1 and Part 2, click on those links and check them out.

2015: After a tumultuous 2014, I wasn't looking for a whole lot more craziness to start out the new year. Unfortunately, I had another death in the family when my maternal grandmother dies in the Spring. Then things were relatively quiet until I was asked to attend the 10th running of the Dirty Kanza 200 in May of 2015. That turned out to be quite the adventure!

Of course, if you are up on your DK200 history you know 2015 was forever etched into the history books as "The Mud Year". I was honored to be riding with my Trans Iowa friend and head of the Slender Fungus Cycling Association, Ari Andonopoulous. That three mile march in the worst Level B Road mud won't soon be forgotten. It also ended up being the day I rode over 150 miles and missed the last checkpoint cut-off by 2 minutes. Yeah..... That kinda bit, especially when I had to wait for 20 minutes at the "optional oasis" for the event to resupply that station with water for the riders. But, a fantastic adventure there I won't ever forget.

2016: Another death in the family to start out the year as my Dad died in February. Then a sudden opportunity in May arose where Riding Gravel got the call to support the Almanzo 100 at the Cherry Grove Checkpoint. I took along my son, Jacob, and although it was windy as all get-out, we had a pretty fantastic day seeing the riders and handing out goodies. N.Y. Roll went along as well and was handing up whiskey shots to people. It was pure fun.

My heart was broken when Odin's Revenge announced it was no longer. I had done the event three times, and never finished it, but it was an epic ride every time I tried it. While I did not ever finish that event, I did finally finish another one I was trying to get under my wheels for several years. That was Gravel Worlds. That one will be a memorable ride for years to come. Since then I've tried every year and failed, for one reason or another, but in 2016, it all came together for me.

The year finished up with my getting a Big Dummy finally, and with another fantastic time at "The Fargo Reunion Ride".

2017: Pretty quiet year marked by the passing of my Father-in-law on Easter Sunday and Lincoln cyclist, artist, and over-all awesome dude, Christopher Van Oyen, or "CVO" for short. While I did not know either of these men as well as I would have liked, I respect and miss both of them dearly.

Another year supporting the Almanzo, this time in torrential rain and cold. Despite the lowered numbers of riders and difficult situation, my son and I had another fantastic adventure.

In the realm of bicycles I was very excited to learn that Black Mountain Cycles was going to finally make a disc brake version of the Monster Cross model. I anxiously awaited for pre-orders, to open up, because I was absolutely not going to miss getting in on that.

2018: Of course, the end of Trans Iowa was the biggest deal in my life during 2018. This was something that had been thought about, planned for, and avoided for years. Again- let's save it for Trans Iowa Stories. I'll divulge all the nitty-gritty details in those posts. I wasn't done with putting on gravel events though. No, no! N.Y.Roll and I announced the C.O.G. 100 Single Speed Gravel Championships event that Fall.

Besides ending Trans Iowa, I also had the next biggest thing happen to me in quite some time that year when Jim Cummings feted me at the start of the inaugural DKXL event. It was an honor I don't take lightly, and I will never forget Jim's gracious and kind remarks about my influences on gravel events and concerning Trans Iowa. Thanks again, Jim!

The third, and what turned out to be final, support of Almanzo was a day of decent weather, lots of fun, and lots of good memories of people. I will miss seeing the event go through Cherry Grove, but I am glad my son and I got to do that three times.

Okay, I have been going over 2019 separately, so I won't be mentioning anything here about this (almost) past year. Look for the "Rear View 2019" posts before this one and coming along after this. Thanks for reading!

Not to be a downer, but our Gravel Brother, Randy Gibson was killed by a drunk driver in 2017 as well… That was a tough year for the Lincoln cycling community.

@MG- Truly, it was an awful year for the cycling folk down there. I did not know Randy in any real sense, so I cannot say I was influenced by his loss to us directly, but indirectly I certainly felt loss.

Randy Gibson's influence was felt far and wide. I won't forget that. Thanks for bringing that up, although it isn't a pleasant memory, what Randy accomplished is a beautiful thing.