I thought I'd take the opportunity to update you all on a couple of rides I help produce here and the details surrounding them. First up will be some chit-chat about the C.O.G.100 coming up at the end of next month (already!)

N.Y.Roll and I have finalized t-shirts sales and will be sending off the order to Bike Rags now. That's it for sales of the C.O.G 100 shirts, but we will have a very small, limited size availability on the "Real American Gravel" shirts at Peace Tree the evening before the event.

Next up, we have ordered race numbers, and they will be the same ol' boring ones you know and are used to from me. I may customize them depending upon when I get my hands on them. The order is in, so if I get these in the next week or so, the possibilities that I will do "something" is higher. Stay tuned on that.......

Of course, Spring is on the doorstep and that means N.Y. Roll and I will be finalizing the route choice. As stated before, we have a couple of spots we are concerned with, and so if those check out, we will be then sending along our master files for the cues to our printer and getting that squared away. The cues will be the same format and size as last year. If you are familiar with cues from the last few Trans Iowa events, they will be similar to that.

We have secured permission to use the parking lot at the North end of Ahrens Park off Penrose Street in the far Northeast corner of Grinnell. This will serve as our launch point for the event, and will be near the actual finish line, which has a bike path leading over to the parking lot for rider's convenience. We will be giving further details at our Pre-race Meeting which will occur just before the event. NOTE: We are hoping riders will also enjoy some fellowship afterward at Peace Tree Tap Room in downtown Grinnell after the event. Plus, there are several great restaurants in the area within walking distance of Peace Tree.

So.... Barring any weirdness we should be good to go. The hats, shirts, race plates, and cue sheets are all yet to be delivered as finished products, but I expect no problems there. Stay tuned for finer details in a week or two as the event draws nearer.

Now, as for the Guitar Ted Death Ride Invitational, I have a new header! (Wooo!) It was a complete mistake, and I modified it in a photo manipulation program a bit, but it follows with many of my other renderings for this event. Vague, out of focus, and "hot and on fire" looking. Basically, this is a rendition of what your mind and body will feel like during the ride. (HA!) Seriously though, it likely will be very hot and humid that time of year.

Other than the new header, I got nuttin'. I will only reiterate that I will be doing recon missions along my proposed route as soon as I can get out there. I'm kind of excited about exploring a new-to-me area. I'll be posting about my adventures in recon as they happen, so that should be some fun. 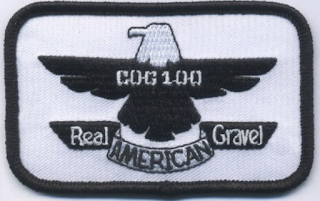 I shouldn't say I don't have anything new to share, because I do have some thoughts on the route and the "feel" for this year's GTDRI. In the past, I used to have a stopping point on the route, typically a place where we could eat at around the noon hour. We'd kick back, relax, and then knock out the rest of the route. That's been missing the last several years due to the remote nature of "hunting Level B Roads" which kept us out in the Styx and not going through any real towns. This is what bit us last year and why, when only about 20 miles out from the finish, the entire group sat around a convenience store in Brooklyn for a long while recuperating from 80 miles of heat, rain, and hills.

We will be going through several smaller villages and towns this year. I will be hoping to find that spot where we can kick back and relax a bit, but N.Y. Roll has been dousing my enthusiasm for this to happen saying all my choices for the route go through towns with nothing in them. I think he has a dim view of what is reality out there. We'll see who is right this Spring when I get out and do my recon.

Finally, a bit of an update on the t-shirt idea I broached here last Friday. Several of you readers were kind enough to respond and I have your responses tabulated. I'm going to let this roll for about another week with some reminders here and there, but initial numbers are not encouraging for the t-shirt........yet. We will see. I think that there is a good chance I'll do stickers though. So, plan on that at the least.

That should wrap up things for now on events and other stuff going on around here. Thanks!