The Great Ragby Comes To Town 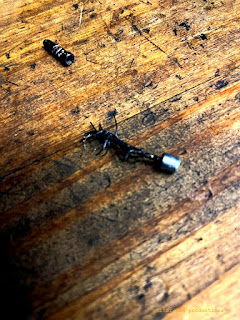 The ride in Iowa called RAGBRAI happened after a one year pause due to COVID and the route that was to be used in 2020 got used this year. Anyway, that's the story I heard. I know......you might think I'd know this stuff, but I am not at all concerned about RAGBRAI.

I'm not against the ride. Not at all. I'm just not interested. I tried it. I rode it completely twice in two different decades. I worked as a mechanic on it two consecutive years. I've ridden a partial week. I've done single days of it on different years. So, yeah, I know all about RAGBRAI. I just don't want to ride it, nor am I all that interested in its goings on. With the exception of this year, because it may have affected my work. Usually, looking at history, that would be a reasonable expectation. However; there is one big wrench in the works this time, and that is due to the effects of the pandemic.

There is also the fact that over the last ten years RAGBRAI participation, at least from this area, has been in a steady decline. Riders kept getting older, then either quit, or died. No new, younger riders were taking their places. At least not in numbers large enough to stave off the obvious decline in repairs, accessories sales, and new bike sales that you could directly tie to RAGBRAI. It used to be that from mid-June to RAGBRAI's start on the last full week of July, I'd be swamped with repair work, turning away jobs because I couldn't get to them, and setting hard cut-off dates to get RAGBRAI related work out the door by the time the riders would be departing. 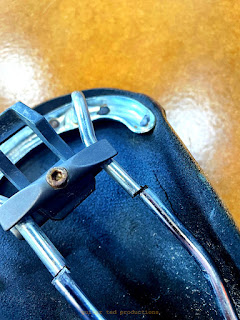 The last five years that hasn't happened at all. People saying they were going on RAGBRAI were more rare. Repairs were easy to keep up on. Then last year, of course, there were no RAGBRAI repairs at all. Then this year dawned, RAGBRAI was back, and we were wondering if people would be buying into doing this ride, despite COVID variants, rising numbers of new cases, and more fear-mongering by the media.

Well, during the previous weeks leading up to RAGBRAI, we heard stories of folks bailing out on the ride. Six guys not coming from out-of-state due to uncomfortable feelings due to the pandemic. The local RAGBRAI charter was only 3/4's full, a weird thing since this club annually turned people away every year that wanted to go with them, but could not due to their buses being filled up.

We had few RAGBRAI repairs, which wasn't a surprise to me. Then on the day they were here, well, I saw very little RAGBRAI related activity. Normally buses painted with wild schemes and emblazoned with weird team names would be seen going up and down the streets. I would catch random riders all across town. Residential areas would be peppered with camp sites in front and back lawns. It was that way last time RAGBRAI came to Waterloo, but not so much in 2021.

I worked at Andy's Bike Shop yesterday. We had a reasonable amount of emergencies to take care of. It wasn't any more or less than I remember in that way from the years past. So, at least that part was fine. But going home, I saw very little evidence of the ride in this old city.  I caught a few riders at the dead end created by a barricade on the Sergeant Road bike trail, they seemed a bit lost, but I was in a hurry to make supper time. I didn't stop to ask questions. But I was surprised I did not see more riders out and about.

It'll be interesting to read and hear the after-reports. I'll be curious to know if the Waterloo visit was received well, and if numbers were what was expected. I'm thinking it did not have the impact people thought it would, but we'll see. One thing is for certain, this ride does not seem to have the overwhelming effect on this city that it once did whenever it came around in years past.

I rode on that day, RAGBRAI did a pretty darn good job with the police blocking roads and directing folks on to Dunkerton Road north of Cedar Falls. I rolled up to the officer, he smiled, said "Going to CF Dave?" I nodded, he waived me by. The riders then stayed north of the Airport onto Wagner Road. That pretty much kept RAGBRAI traffic from CF. Less than a mile away from the camping I could not tell RAGBRAI was in town while at Rudy's Tacos. Maybe Waterloo did a good job at managing the Chaos, and from what I have seen and heard I think they did.