Hold On There Just A Minute!

A week ago I reported on the pending sale of ASE's assets to Head Sport. the sale was looked at with approval by most in the industry who felt that it would save the legacy brands, many jobs, and might even help inject a bit of optimism in a flagging industry.

Unfortunately the entire deal is in jeopardy of falling apart as reported Wednesday by "Bicycle Retailer And Industry News". Head thought the terms of the sale included around 9 million in cash assets that ASE has, according to the story. That's a bit bonkers to think that, and of course, everything was put on hold at once. Head wants a "re-do" of the auction, because they obviously feel they are paying too much now. The bankruptcy judge, U.S. Bankruptcy Judge Benjamin Kahn, characterized the developments as "a gosh-awful mess", when he was asked to comment for the story.

The losing bidder on the original auction was a manufacturer for ASE called Ideal. They actually bid higher than Head, but the judge and ASE felt that Head was a better suitor. Now it appears as though that the sale has a good chance of going to Ideal. If this happens, it may not go well for many parts of the ASE empire. It is assumed by many that Ideal would want nothing to do with the retail side of ASE and all those jobs would be lost. Time will tell, but this cannot be seen as a positive for the industry any longer.

The Hub Of It All:

Wheels are not much good for cycling without hubs. Enve Composites, who started out doing carbon rim manufacturing, knows this. Yesterday they debuted a new range of road hubs. they are for rim brake and disc brake applications with different models for each.

I found one of the new features of these hubs to be rather intriguing. It is called Perfect Preload™. Basically it is somewhat similar sounding to what you see on some FSA bottom brackets and crank sets. A wave washer of a preset strength is set against the sealed bearing and a snap ring, presumably set into a groove in the axle. this applies a preset amount of pressure laterally against the bearing and snap ring to take up side play in the system. As bearings wear, the wave washer spring adjusts for that wear. This is how I interpreted the information, as I haven't seen any diagrams of this set up.

It seems like a clever way to adjust and hold adjustment of a sealed bearing hub with little to no maintenance. It seems to have worked on cranks/bottom brackets, so it will be interesting to see how it goes for Enve.

The other notable thing was that they went for a paired spoke hub flange to save weight. This will make for a challenging set of hubs to calculate spoke length for, but I am sure it can be done with not a whole lot of extra work.

Torqued Off (or On, as the case may be):

Tools for working on bicycles have always been of interest to me. I have seen a bunch of pre-set torque tools out there but this one looks pretty slick. It's from Lezyne and is called, you're not going to believe this, Torque Drive. I know.....amazing, right?


Anyway, it comes with hardened steel bits which are housed in the included soft case. Apparently the wrench works on the torque rod principal, from the appearance of its use on a video I watched. That's cool because you'll never need a battery. A gradated set of markings exists on the base with an indicator hash mark on the bit holding side. Simply twist on the fastener until the hash mark lines up with the desired torque setting. (Range is 2Nm to 10Nm)

This is a pretty cool tool for travel or home use. Torque rod type torque wrenches typically stay calibrated for a long time if they are not abused and are handled with care. That said, I don't know that you could calibrate this wrench, so.....handle it with care! The other nit I have with it is that for tight quarters the wrench is pretty useless. So, for stem face plates obscured by accessories or for bolts that are in tighter places, you'll have to look elsewhere for your torquing needs. That said, this should work in most cases. Lezyne sells these for about 50 bucks. Not a bad insurance policy against failure to torque properly. 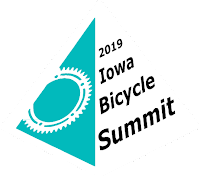 Traveling Over The Frozen Tundra To Blow Some Hot Air:

Today I am traveling to Des Moines, barring any calamity, to speak at the Iowa Bicycle Summit. They want to hear about gravel travel and how Iowa communities can get on board with the burgeoning gravel scene.

This will only take up a small amount of time while I am there, so I am probably going to visit somewhere/someone else whilst I am down there. Stay tuned for a report on my adventures.......

That's it for today. I hope that you all are staying safe, warm, (if need be) , and having a good time with bicycles.

Stay warm and say hi to our friends. Ari

GT - this link has a simplified diagram from Enve back when they released their carbon/ceramic hubs: https://www.enve.com/en/journal/behind-the-product-enve-carbon-road-hub/