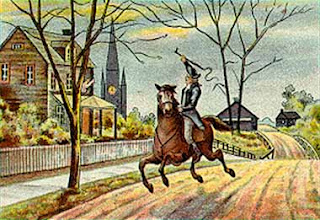 A recent cry has gone up amongst bicycle manufacturers in regards to a proposal by the Union Cycliste Internationale that would require all examples of time trial bicycles and road bicycles used by Pro Tour teams to be inspected prior to use and those receiving the passing grade would have a sticker applied to the frame. This would then allow race officials to quickly inspect machines at start lines and supposedly weed out cheaters. This then would supposedly make all manufacturers even in terms of aerodynamics specifically, although other parameters might also be affected.

In a recent article posted to the U.K. site, "Bike Biz", written by editor Carlton Reid, Masi's head honch, Tim Jackson claims it will drive smaller brands not only out of racing, but out of business. When figures of upwards of U.S.D. $14,000 per bicycle model to have the proper sticker applied are mentioned, it seems not too far fetched a proposition. But, why should we as mountain bikers even care?

Well, as of right now, maybe we don't, but perhaps, we should. The reports claim that the certification process will expand to clothing, helmets, and other components. This will, if enacted, cause major price increases for manufacturers. The price increases will have to be absorbed by someone, and you know who that usually is, right?

Then if the professional ranks are subjected to, what will in the end be, "spec bikes", clothing and whatever else, innovations will be snuffed out. This will also affect mountain biking. If companies are forced to conform on the road side, and spend more money, it would make sense that the certification money would come out of R&D budgets, since you would be less inclined to innovate anyway. Less R&D on the road side, more expensive certification costs would equal less for mountain bikers.

And this assumes that the UCI never goes after Pro mountain biking with the same zealous fervor. If they do, it may not be out of the question that 29"er wheels get banned. In fact, I am willing to bet that would be one of the first things on the chopping block.

All this focus on "cheating" in terms of hardware, and still you would have cheating in the biological realm. In fact, I bet that the UCI's move to level the playing field on the bicycle side will make doping more attractive, not less, especially at the highest levels.

In the end, it seems to be nothing more than a power/money grab on the part of the UCI. It will unnecessarily burden cycling teams, manufacturers, consumers, and most assuredly will put people out of business. The meager benefits to racing will be far outweighed by the negatives, that much is very clear.

Time for a revolution? I think so....especially if the UCI is really coming.
Posted by Guitar Ted at 1:00 AM

I, for one, do not need my bike registered to be compatible with dopers.

Good post gt but this crap ticks me off. I just don't get what goes through their heads.....

Err, slow down there, GT! I think you're reading way too much into the UCI's proposal to "register" time trial equipment. I think this is principally a move to avoid disasters like last year's Specialized Shiv incident (at the TDF?, Dauphine, can't remember) where riders were informed by local stewards that their bikes were illegal, even though previous stewards had approved the same items for competition. This turned into a very expensive problem for Specialized. It also threw all the other manufacturers into a tizzy, and rightfully so.

Development of these TT rigs is extraordinarily expensive, considering the tooling for carbon fiber components, wind tunnel time, etc. Add to this the fact that the UCI regulations for aero equipment are sometimes very vague, and almost always difficult to interpret.

What you end up with is a situation where a company interprets the rules themselves, and invests hundreds of thousands of dollars designing, testing, refining, and producing a product. Then they are subject to the opinion of whatever tech steward shows up on race day to give them a "go" or "no go". If he happens to think that a specific design element doesn't meet the rule, then he can shitcan the whole thing. The manufacturer has no way to prevent this from happening. In fact, in this instance, Specialized had had previous conversations with other UCI officials who had opined that the Shiv would be perfectly legal, so they (Specialized) were pretty confident that they were in the clear. The bikes had even been used in competition during the weeks preceding the competition in question. Totally frustrating and embarrassing situation for all involved.

Anyhoo, so this whole "sticker" proposal is just a way for manufacturers to go to the UCI well ahead of time and get an authoritative, binding decision on whether a component meets the rules. As long as the manufacturer builds to the agreed upon spec, they get a sticker that authorizes the use of the part. The tech inspector on race day just has to see the sticker, he doesn't have to go after the bike with calipers and micrometers and then render his opinion.

I believe that this sticker deal only applies to tech issues that are difficult to interpret in the field. Other easily quantifiable things, like weight, saddle setback, aero bar position, etc, still need the tech guy to measure at the time of competition.

Although I wouldn't put it past the UCI to make a "power grab" for anything, in this instance I think it's just a way to work with manufacturers to avoid future problems. I get the impression that the manufacturers have been receptive to the proposal, although there seem to be a lot of issues still to be resolved with it.

Pretty sure your 29ers are safe (for now).

Mark - Not sure I'm following your post. The first paragraph of your blog mentions the inspection method - to speed up the check in system and says nothing about what they are looking for. Are there new standards/spec that you are referring to? On the international level there have been a lot of regulations - for years - that have tended to be conservative and have kept bikes basically the same for over 100 years - at least in the racing scene. I know, I know ...
The regulations/spec are what they are and now it looks like you are talking of a way to enforce them??? Looking for that little motor in the down tube.
What is a bike - always an interesting topic.
John

@Erik: Well said, but........I am pointing out that this will have a negative effect in terms of expenses to get certifications that will be passed on to consumers, force second tier manufacturers out of the sport, and really won't solve any over-arching issues that I feel are more important. (Say.....like doping?)

@John: Research the issue, my friend. It's all in the links and Erik's comments which delineate the subject for you rather well.

This issue is kind of a touchstone of how top level racing, the UCI, big bidness, etc can have profound trickle down effects on everyone involved. It's actually a really interesting topic on a lot of levels.

I think that the exploding popularity of the gravel grinder scene illustrates that others have the same opinion. There is something "pure" about these events. No entry fees, no regulations, no money. Just a bunch of real folks throwing down in the dirt for grins. I dearly hope that this niche doesn't get too big for it's britches! Nothing would kill the buzz quicker than the marketing machines of Trek, Giant, Specialized, etc. getting their hands in the pot, or of pros showing up for a "tune up" prior to some other event. Or USCF deciding to sanction a race. Blecch!

As long as I'm involved in putting on gravel events, this won't happen. When it does, it's over. But either way, I'll always be a gravel grinder!

Actually, we have some USCF sanctioned gravel events here in Iowa the early spring IIRC. They're part tarmac and part gravel.

@Steve Fuller: Yes, those, (which I haven't seen dates for 2011 on yet), and Barry Roubaix in Michigan, along with a couple of others that I have on GGN are UCI sanctioned events. (Mostly due to insurance concerns, I would bet, otherwise, why?)