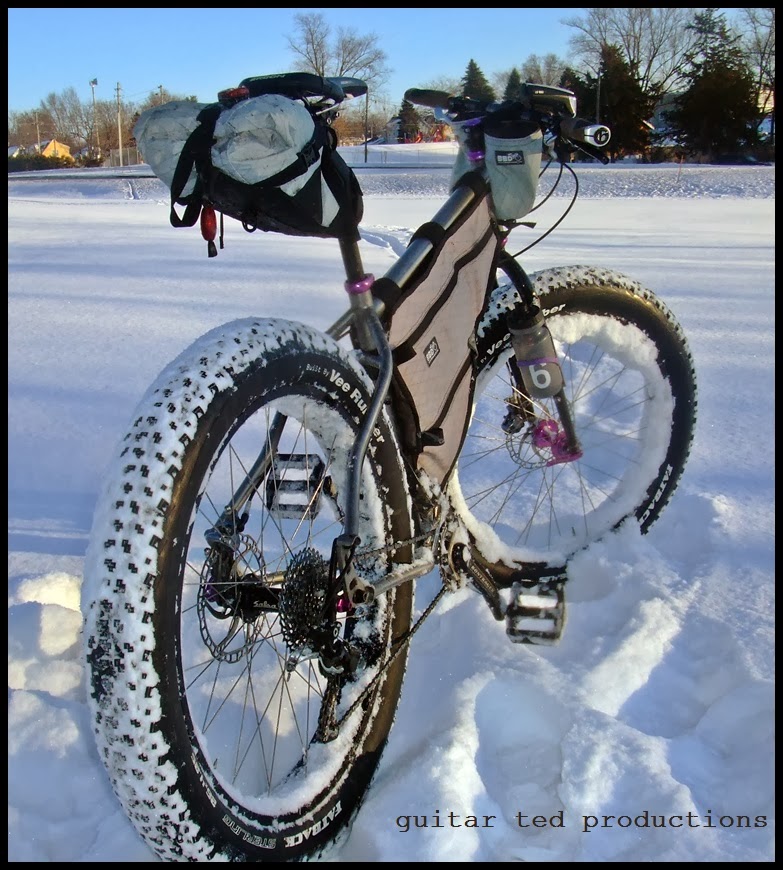 Note: The following screed was originally published on Twenty Nine Inches just yesterday. It contains serious doses of my opinion, so be forewarned!

What Is "Fat"?- With Winter in the Mid-West comes a renewed focus on my bikes with the cartoonish tires. Fat bikes are not necessarily just for Winter anymore, true- However; when the snows fly, the Mercury dips below the point on the thermometer where water freezes, and the local trails are inundated in a white, crusty substance, the fat bikes really shine. I would otherwise be left to whatever roads are clear, and that is not very interesting, now is it?

Since early 2011, I have been riding fat bikes and I have had nothing but fun, questions, and stares from onlookers. Curiosity for these bikes is still at a high level, but with so many options coming on the scene now, I figure we’re at the heights of the “newness” in terms of the fat bike timeline. Now we’re moving on to figuring out the details. What are these bikes? Are they purely a fad, are they a “real mountain bike alternative”, and when do we get a suspension fork already?!! As if that were not enough, now we have an “interloper” wheel size- 29+. Just how and where does that fit into the scheme of things? (And this doesn’t even account for Surly’s other “pot stirring wheel size”, the 26 X 3″ tire Surly says is 27.5″ in diameter. Those clever Surly guys! Always keeping us on our toes!)

Does any of this really matter? A fair question. However; it appears that it isn’t just as simple as “just go ride a bike- any bike”. Nope. Rules in races, and rules for trail usage are demanding definitions. Trails users are fearful of “damage” to groomed surfaces if 29 X 3″ tires, (or really wide 26″ tire, but less than 3.8″), are allowed on these snowy tracks. Race rules are being sorted at this very moment. Terribly described in tiny paragraphs, so they will not conflict with USA Cycling, which itself is being modified to accommodate the FUTURE! 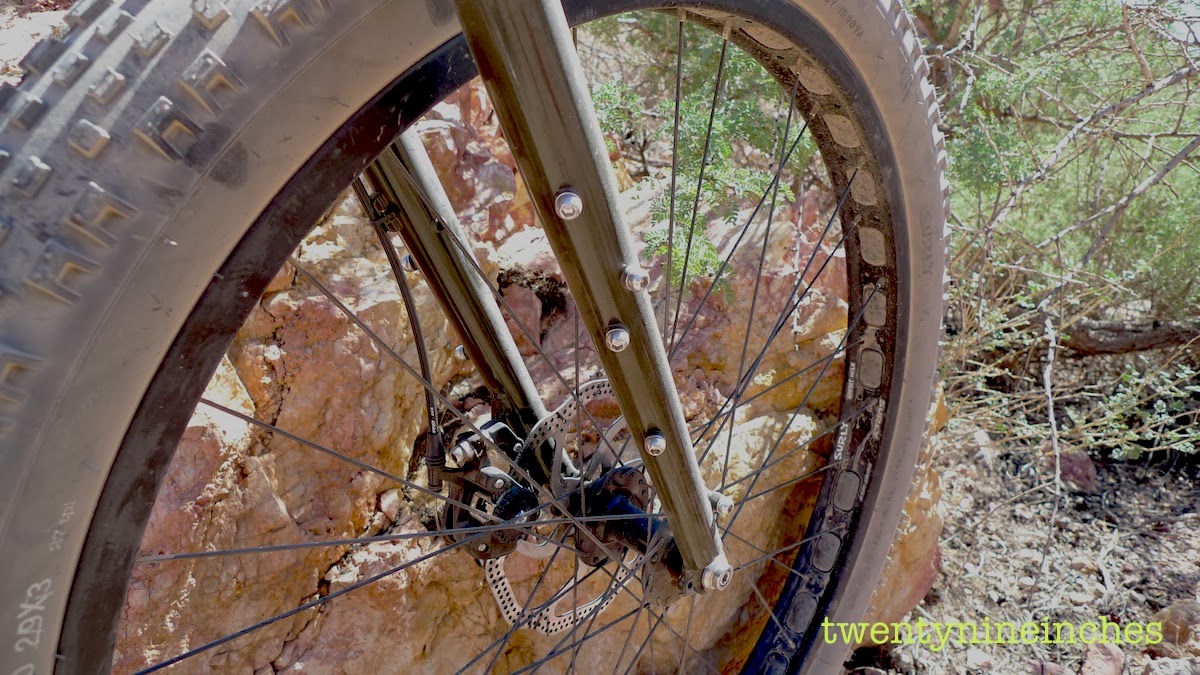 Seriously- racing is probably the single most defining criteria of “what is fat” going forward. Manufacturers are waiting on the racing statutes and rules to be drawn up so that they will know where to inject their R&D for new product. This also will affect the “obese” side of the equation- the 5″ wide, 190mm rear spaced behemoths of the night that ponderously steamroll heretofore unrideable terrain into submission. If the racing rules and regulations settle on fat bikes having at least a 3.8″ tire and a frame with 170mm rear spacing/ 135mm front spacing, then manufacturing concerns will be poised to jump into that pool to push the fat bike into areas that will boggle our frozen medullas.

Interesting times for fans of fat, to be sure. Just where the chips will fall is anybody’s guess right now, but it is not going to be very long at all before “what is a fat bike” is defined without question. Now, I don’t think for a moment that 4.8″ tires, 190mm rear spaced frames, or 29+ will be legislated out of existence. Not at all, but what I am saying is that in terms of land access, new components, and new innovations, the “what is fat” question needs answering, and soon, before much forward progress is going to be made.

Have a great weekend folks!
Posted by Guitar Ted at 1:30 AM