With the son's new fat bike build last Fall I had to strip down the old Mukluk and hang it from a peg for a while. But now it is back up and running! Here are the details of the build and my thoughts following after not having ridden this bike for a few months or so. 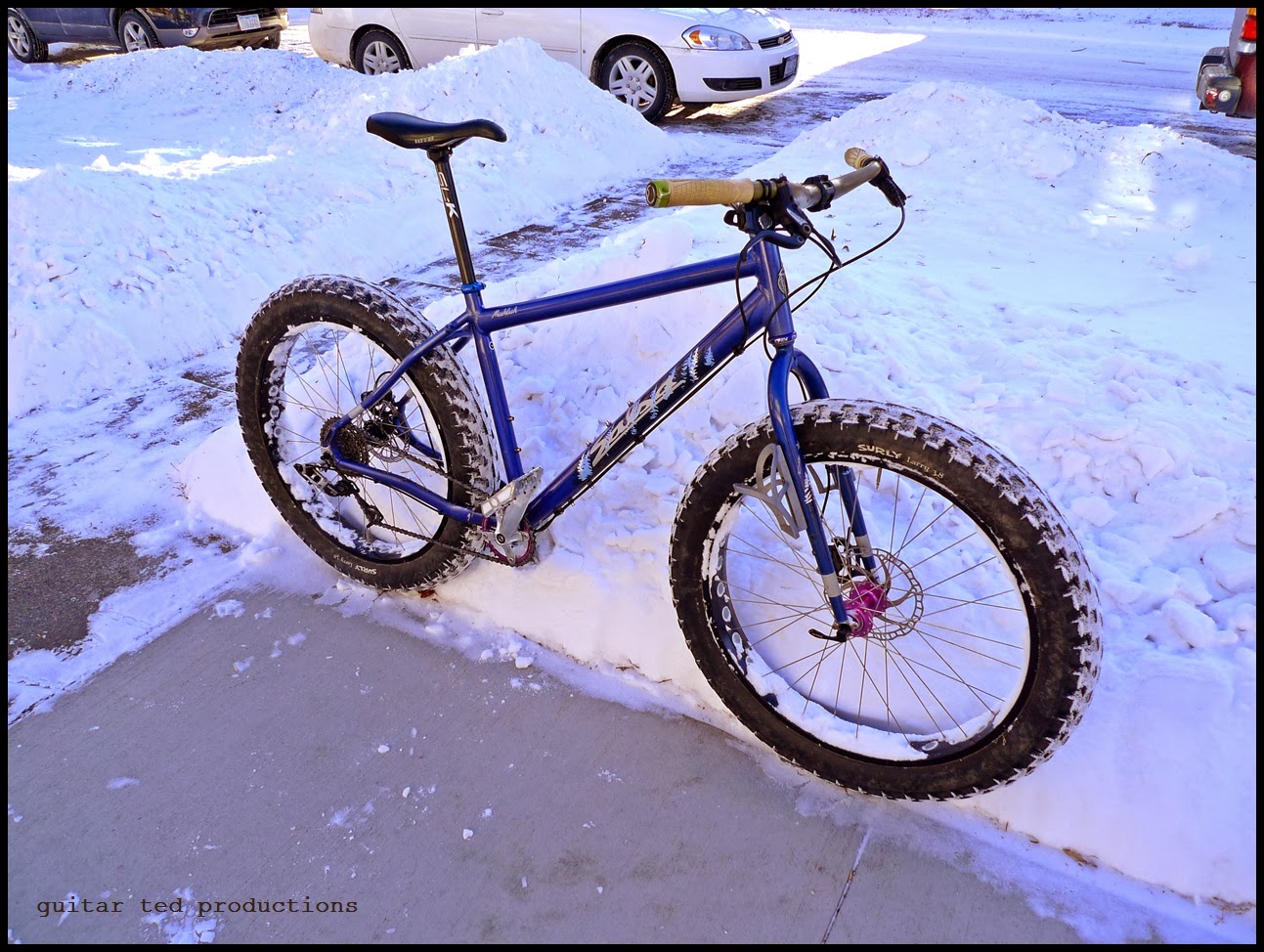 In no particular order, these are some thoughts I had while riding the Snow dog yesterday....

So, there it is! Back up and running for awhile. I will definitely be tweaking this out as I go along, but it was sure mighty fun having the Snow Dog back underneath me again on a Winter day's ride!
Posted by Guitar Ted at 1:30 AM