Country Views Part 4- Man High By The 4th of July

There used to be an old country saying that went like this: "Knee high by the 4th of July". It was said to be the measure of a good corn crop. Shorter than that, and the corn crop probably would be poor. If the corn was knee high, or higher, it was considered to be a "good omen".

That was back when individual corn plants were planted in hills that were on corners of imaginary squares, so that the corn could be cultivated in rows or diagonally. Things weren't so genetically modified for swift growth either. Make no mistake- corn "hybrid" plants by definition are a "GMO", just not necessarily an "intentionally modified" plant. But I digress..........

The point is, that these days with the hybrids the farmers use, "knee high" happens far before the 4th of July, so the old saw needed modification too, I figured. That's why I am saying "Man high by the 4th of July" to describe a good year for corn so far. I hadn't been out North for almost a month, so I saw that the corn had grown a lot, and indeed, it is "man high" already. Maybe I need to modify the saying further to say LeBron James high by the 4th of July".

In England they have these "hedgerows" along fields, and places in Europe do as well. We really don't have that exact thing here, but sometimes you come along these "wild rows", so to speak, where vegetation has been allowed to run riot for decades and create its own little ecosystem. These are rare in a day where every inch of tillable land is monetized and made to turn a profit. I stopped by for a short visit and saw some neat things.

I moved on from the "wild row" eventually, and after a while I noticed several new blooms that weren't out yet last time I was up this way. There are always a few flowers I see every year that I swear I've never noticed before. This ride proved to be no exception to that rule for me. 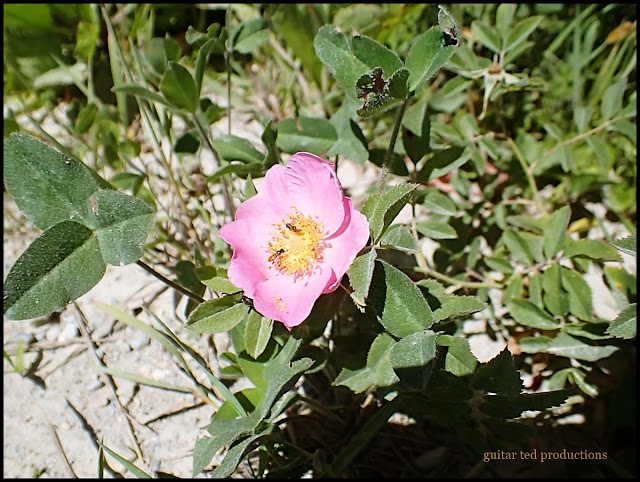 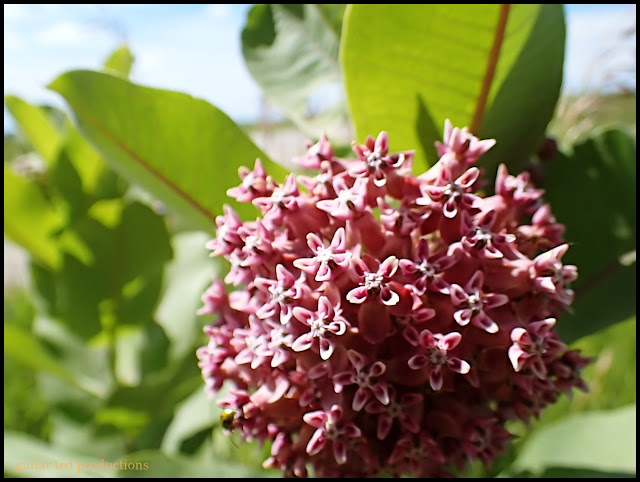 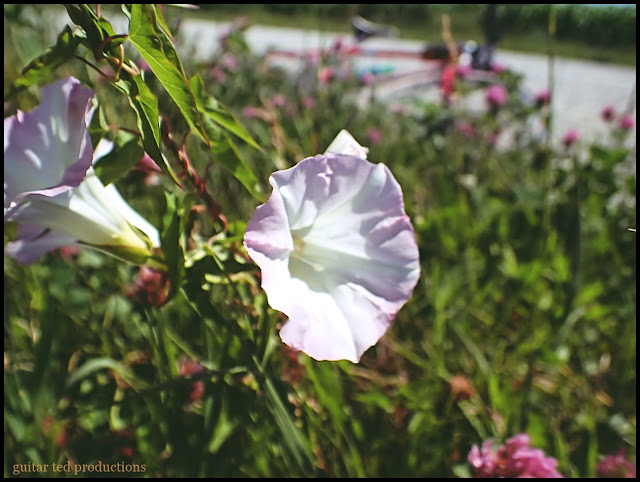 The weather here has been absolutely stunning. I haven't seen a good stretch of weather like this in a long time. So, there was no way I was staying at home on a day that featured light winds, blue skies, and temperatures in the 70's. That would be insanity. Now I did have some obligations to attend to, but I allowed for a decent stretch of time to get away and enjoy this fantastic weather.

I did have a spot of dog bother though. I was traveling East on Marquis Road East of Highway 63 when a big black lab came bounding out of a farm yard. I had no gas to out run that animal, so I planned to stop and stand my ground. I made a mistake in trying to unclip from the right as my brakes locked up and sent the bike in a slide to the right. I was leaned a bit to the left, to keep from totally losing control. However; my attempt at getting unclipped from the right was misguided and slow which caused me to lurch backward to try and get my footing, which I did not do. So, I toppled over backward, which was obviously the right thing to do because the dog turned tail and ran for the house! I was a bit embarrassed, dusty, and I punctured my left shin, but otherwise I was none the worse for the wear and I avoided having to deal with a dog after all. So, I remounted and slowly ground away up the road.

I rode the Raleigh Tamland Two with the 650B Velocity Aileron rims and WTB Horizon tires. These are really interesting wheels and tires. I decided to try something ridiculous as far as tire pressures go. Really, really low. I read the bit about the current Silca owner and his experimentation with tire pressures while he was at Zipp Wheels and I decided, what the heck! The rear was a bit too low, so I went back on that, but the front stayed where I put it for the entire ride. I'll have more on that later.

I was laughing out loud at one point during the ride because I had stopped and I looked back at my tracks. They made me think of these Horizon tires like grain wagon tires. You know the ones with the slanted, "gravity bottom" beds with the tires being big, bulbous deals with reversed lines in them for tread? Well, those tires float over the gravel and kind of compress it, so when you see those tracks later on the gravel roads the gravel looks smashed down, like a rolling pin went over it. Well, that is what these Horizon tires do at really low pressures.

It's hard to tell from the photos, but the yellow flowers in the first two pictures look like wild or "poison" parsnip. The sap is "phyto- phototoxic." If you get it on your skln and expose it to sunlight, you'll get nasty chemical burns.
Be careful out there!