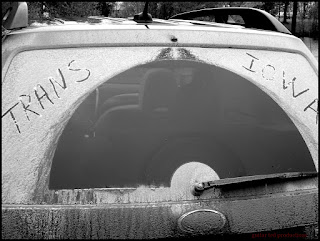 Here are the official results for the recently completed Trans Iowa v13.

NOTE: There were no Open Women finishers this year despite our starting the largest class of females ever.

There were 76 starters that registered to ride Friday of the Pre-Race Meat-Up. This is the smallest Trans Iowa field to take the start since T.I.v8 which only registered 100 riders and had 67 take the start. There were 33 Rookies in the field. Six is the second lowest number of finishers, ( there were two years that saw no finishers), since T.I.v4, which was shortened due to road conditions and saw five finishers.