August is closing down, Summer is shot, but there was still one last decent August ride day to be enjoyed. Wednesday it was darn near perfect out for a bicycle ride.

August has been really tame this year when you think about it. We have had very few "dog days" of high humidity, heat, and barely any wind. Typically we get about two to three weeks straight of that, and Summer wears me out. I'm ready for Fall, and clearer, drier air with that crisp, fresh snap to it.

But this August has been so tolerable, nay- so awesome, that I don't want it to end. Perfect levels of, well......everything, have made this August the best one for riding that I can remember. At least here in Iowa, that has been the case. Obviously, it has been quite different elsewhere.

One of the things that I have taken note of since August 2013 are these yellow, leggy flowers that pop up in mid-August and are at their zenith by the end of the month. The irony is that previous to 2013 I never noted them. I know the reason why, and it is because my childhood hero, my "Grandpa", died on August 27th, 2013. I was asked to be a pall bearer at his funeral. There weren't many folks there that day in Lime Springs, mostly because my Grandpa outlived all his contemporaries. You probably don't have a lot of friends and acquaintances left when you are 102 years old. I know that most of the oldest folks at that ceremony were almost 30 years younger or more.

Anyway, when I left that service that sunny day in 2013, I saw all these yellow flowers in the ditches on the way home. They seemed to be connected to what happened somehow, so now I call them "Grandpa Flowers". There were a lot of them out there Wednesday once again.

I didn't have all day to ride, and I wouldn't have if I did. I am still not 100% over Gravel Worlds. I have had some soreness, especially in the hamstrings, after the ride I put in. Wednesday I was stretching out the legs on the bike the entire ride. I felt slightly tight and sore, but other than that, I felt strong and I actually rode quite well, I thought. All that despite the soreness and my right calf muscle which was freaking out when I started.

There was a lot of fresh gravel. It was pretty deep and in spots it hadn't been graded yet. That made for some rough going most of the way. I was running Soma Cazadero 50mm tires which were doing pretty well considering the  tough conditions. Interestingly, I think that they rarely "ping" rocks like many tires are wont to do. It was a rare ride which didn't feature rocks zooming off to the side or pinging off the frame and crank arms. 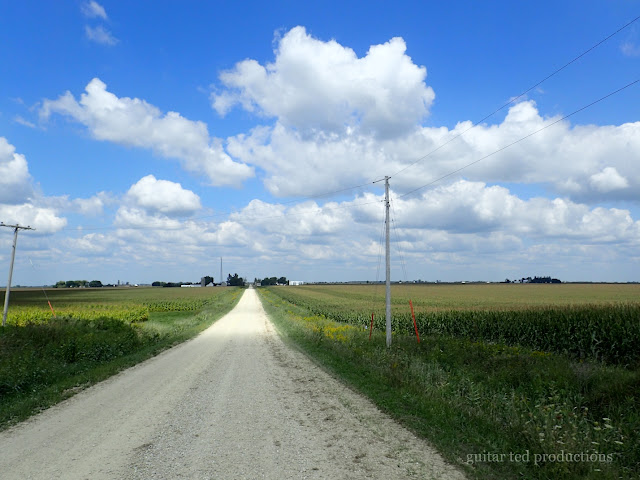 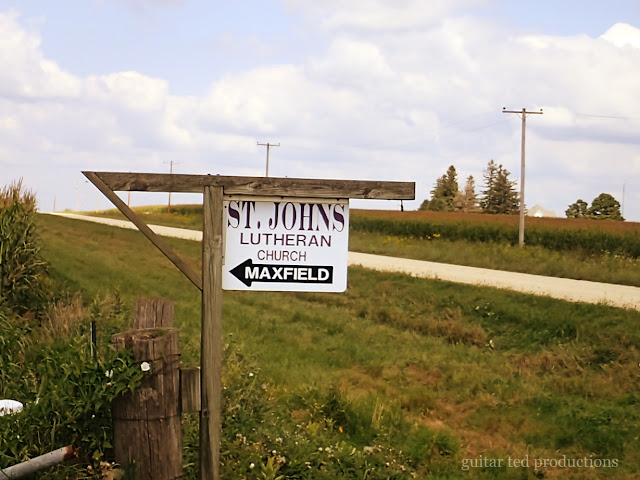 I took the bike trail from East of HWY 63 to just West of that 4 lane monstrosity and I must say, even though it isn't gravel, it is one of the most beautiful stretches of trail you can find. Too bad many folks don't see it. It is just too far removed from Waterloo for many to bother with finding out about it. That's a shame. This path stretches from Readlyn, Iowa all the way to Waverly. Check it out sometime if you are in the area.

Turning South I headed straight back to Waterloo on Kildeer and that turns in to Burton Avenue in Black Hawk County. The elevation in Bremer County is higher, so it is a mostly down hill run for almost ten miles from the bike path. Fun times! Lots of rollers in the North of that run too.

I had a wonderful ride on another, final August day for 2017. I felt pretty good despite the soreness, and I think that the ride actually did me some good. The gravel was challenging all afternoon on the ride, but I didn't care. I was so glad to be able to be outside riding my bicycle.

Fall is here, basically, despite what the calendar says. September hopefully will be another stellar cycling month so I can get prepared for the Spotted Horse on October 7th, I believe it is. Anyway- lots to do before I get there.
Posted by Guitar Ted at 8:26 AM

Thanks for the pics and the descriptions! That looked like a great ride!!

Looks like a stellar day for a ride and thanks for the silo, you all have a lot more cool looking brick and ceramic silos over there than we do in these parts. More corn here means more bins and less silos.

Excited to see you at Spotted Horse!