People that ride bicycles LOVE point to point routes and having them drawn up for them ahead of time. I don't typically roll that way, liking to do my own research, but from time to time, I see something that piques my interest that is a pre-planned route. This new route announcement coming out of Missouri is just such a thing.

Here is the lowdown from the Butterfield Stage Experience site:

Your ride on the Butterfield Stage Experience will bring you to all of these historic routes and places--and more.

In the 1920s the Dry Wood Threshers Association of Sheldon, Missouri, erected stone monuments at the location of every known Butterfield Stage Station in Missouri.

In the 1950s, to commemorate the centennial of the Butterfield Stage, the Missouri State Historical Society erected metal signs at towns along the Butterfield route in Missouri. Most signs direct you to the actual Butterfield Stage Station location (and corresponding stone monument) a few miles outside of town.

Tracking down those markers and monuments--as well as dozens more historically significant buildings and places across Missouri--is a big part of what makes the Butterfield Stage Experience a real adventure--and a real experience.

So, this ticks all the boxes for me. Self-supported touring, history, and gravel, all combined in a route you can do all of, or parts of. I think I need to make time on my calendar to experience this. 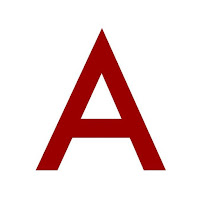 The chain of events started with the original founder of the Almanzo 100, Chris Skogen, announcing in August of 2018, that he was taking over the reins as the organizer of the Almanzo events. This after three years of being "retired" from organizing the events which traditionally have been held the weekend after Mother's Day in Spring Valley. Then, in a bombshell announcement in November of 2018, Skogen announced that the event was leaving Spring Valley due to some communications and requirements from officials in Spring Valley that seemed to be untenable to Mr. Skogen. The Almanzo events (100, 165, and 380 mile events) were moved from Spring Valley, Minnesota to Northfield, Minnesota, requiring all new courses for the three traditional event distances plus the addition of a 50 mile event which was added as well.

Then, on Tuesday of this week, a mere four days before the inaugural Northfield events, Skogen announced that all the Almanzo events were not going to be timed and scored, and that there would be no number plates issued to riders. This announcement produced a flurry of both supportive and negative reactions. Skogen then, according to my contacts that saw it, posted a Facebook video claiming that the negative comments were inflicting too much stress and that this year would be the last Alamnzo. That video was pulled down within an hour of its posting. Then the following day, (Wednesday), Skogen posted on Facebook saying that he stood by his decision to eliminate timing and scoring and to not issue bib numbers since it was "a barrier to participation". Skogen then went on to cite failing bicycle businesses and falling participation in events as a reason for this decision to stand. The question of whether or not this will actually be the last Almanzo has been left unanswered by the latest post I've seen.

Almanzo's "Alexander" distance, 380-ish miles, was to have started by the time you've probably read this. The remainder of the Almanzo events, the traditional 100, the Royal 165-ish, and the new Malanzo 50, are to be held tomorrow.

Okay, so I've recounted the facts here. Make of that what you may. My personal take is that I find this very odd. Whether or not Almanzo should or should not be a timed, scored, and otherwise "traditionally marked" race is up for debate. To me, that is all secondary to the timing of the announcements. This strikes me as being unnecessary. Why not run this year's events as they have in the past, and make your changes next week for 2020? (Unless this truly is the last Almanzo) What happens to the number plates and work done to time and score the event, which, one would think,  surely must have been in place a week before the event?  Odd. Seems a waste and ill-timed to me, unless....well. I don't know the particulars. So, my questions stem from having run events. Again- you are welcome to have your opinions, these are my thoughts as a race/event director.

Good luck to those riding from Northfield tomorrow.


Records Were Made To Be Broken:

The record I have in my tire roll down test I conduct with tires I am reviewing was set several years ago when I ran a set of Gravel King SK 40mm tires. There were tires that came close, but none that exceeded the lower rolling resistance of that set of tires.

I used to use the Tamland for all those tests, as much as I could. The Tamland has disc wheels and QR attachment for those. Most every wheel I had was in that standard, so it made sense to make the Tamland the "control" bike and keep things as similar as possible.

But as standards changed, (and I use that term loosely), I decided to switch from using the Tamland to using the Black Mountain Cycles MCD. It has through axles, disc brakes, and otherwise is very "Tamland-ish" in that it is steel, with a steel fork. Anyway, it is what it is. A change was necessary since almost every wheel I'll test now, or own, will be 12mm through axle until such time that some knuckle headed enginerd decides we need to change that.

So, anyway- the record. Well, I use a big, steep downhill that is paved in town, (surface remains consistent), that spills out into a double tracked gravel/dirt thing. The Gravel King was one of the only set of tires that rolled without pedaling into this double track. Now I have a set of IRC Boken Plus 650B X 47mm tires set up tubeless on the BMC MCD and I took it over to the "test track".

Result? Record blown away! I not only made it into this double track, but I went about an eighth of a mile up it. So, I broke the record not by a little- by a LOT.  By more than the changes in bike would seem to affect things. If anything, I would have pegged the BMC as slower since the body position is a bit more upright. Anyway.....

It is clear to me that the IRC Boken Plus is the fastest tire I have yet tested on that course. Scary fast! I suspect that record will stand for some time, but..... Records were made to be broken.

Interested to read about the tire test. As a calibration, it would be great to repeat the test on the BMC with a set of tires you tested previously on the Tamland. If you can repeat it with a couple of different sets, even better! Of course, I understand the effort involved, especially setting up tubeless tires, is not insignificant.

Springfield, MO is a good bike town and the section of the state the Butterfield rolls through is really pretty.

Auk has a point. At least try the SKs on the Princess, and if you still have it, put the Bokens on the Tamland. Otherwise, you can't really rule out other variables in play, like hub friction or rim width.

I love reading about and also experimenting on my own with different gravel, mtb, and road tires. I second your results on the Panaracers and Resolutes.
While the roll down/top speed gets my attention, its the climbing aspects of the tires I'm not able to test well-not having a power meter. I'm of the opinion that different tire construction would result in more efficient climbing characteristics.
It would be killer if someone with time and a means to measure output in watts could undertake such an exercise.
Or-maybe you've already done it? And there wasn't much difference?
Anyway, thanks for all your good work on our behalf.

Yeah, I'd given getting into the power meter thing some thought, but unless you can keep everything about the "motor" consistent, it becomes a guessing game in the end when comparisons are attempted.

You'd have to use a robotic rig to eliminate anything that could affect a human rider, so there begins a rabbit hole I was not willing to go down. Even doing roll down tests is something that can become a slippery slope.