Mid-South Decides Not To Hold In-Person Racing For 2021 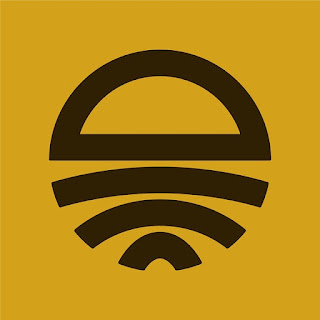 In a not very surprising move, the Mid-South became one of the bigger events to post-pone, or cancel actual in-person racing for 2021. While vaccines are being rolled out, experts estimate that nearly 60% of the population will have to be vaccinated before the virus can be stopped.* That's a lot of people when you consider that we have 330 million plus folks. That's going to take some time to get through.

Obviously, even the most optimistic guesses are that we will not be at the 60% figure until- at best- late Summer.* So, it was inevitable that Mid-South, which occurs around Mid-March, was not going to benefit from the vaccination programs in time.

However; Mid-South RD, Bobby Wintle, insists that this is NOT a virtual event now. He is dubbing it the "Incredibly Socially Distanced Mid-South". Mid-South has partnered with 8 regional bike shops to provide other 100 mile courses that locals can ride the weekend of the Mid-South's March date. Other routes can be uploaded and used as well, but it is not 100% clear (to me any way) as to how those will be handled in as far as prizing and "official or not" status is concerned. More details can be found here.

Comments: While Mr. Wintle may not see things this way, the Mid-South is a 'virtual event' in that there will be people doing 'virtual Mid-South distances' in remote locations. It should also be noted that other events have done similar things, just not as organized as what the Mid-South is trying to pull off here. That said, the insistence that this is 'the event' for 2021 has led to the Mid-South deciding not to offer deferrals, full refunds, (apparently a partial refund is possible) or to consider a postponed date later in 2021. This is the 'event' you are getting from them this go-round. I've got my opinion about what this is, you've probably got yours, and Mr. Wintle has his. Guess which opinion matters.

Well, whatever you want to make of that, it is probably, most assuredly, the correct decision not to be bringing in people from all over with this COVID crap going around yet. So, from that perspective this is a smart decision.

N.Y. Roll and I noted that there was no "Iowa Option" for a course, so I submitted (with N.Y. Roll's approval) this course. That's right, I submitted a course I came up with. It is what would would have been the 2020 C.O.G. 100 course. You're welcome..... This is a super rare occasion, so don't pass it up.

*Note: The stated figures and opinions about the pandemic are drawn from my several hours worth of doing research and basing my statements on reasoned, scientific data. You're welcome to think otherwise, but I feel I've done due diligence and am presenting reasoned opinions based upon the latest knowledge.

Yeah buddy, snagged that one for sure. Not sure I'll get over there in March to ride it but maybe in fairer weather. Thanks for sharing.

This course looks fun....I'm planning to solo it sometime this year. If it's anything like the 2019 COG100 course, this is going to be amazing. Thanks for sharing, GT and NY Roll.

For what it's worth, we were clearly informed about this possibility and the refund levels before we ever hit the "submit my entry" button on Bikereg. Anyone entrant that didn't see this coming and is complaining about the "not full" refund or deferral should learn to read the fine print slower and follow the news cycle more closely. :)