Occasionally something significant still happens in the world of big wheels. Recently it came from a company once known for pushing boundaries with big, 29"er wheels. That company has been a bit silent in the 29"er scene over the past decade, but this week, Niner Bikes once again lived up to their moniker and posted news concerning a big wheeled monster of a bike, the WFO-9.

When the first WFO-9 was whispered about in 2007, it drew a lot of criticism and negativity. "You can't do that with 29"er wheels!", and more was heard on all the major forums. However, Niner, only a couple of years into their existence, was pushing ahead regardless of their not being 'real tires' or 'real forks' for this endeavor. It was cutting edge, forward thinking, and disruptive. Looking back on that early WFO-9, one can now see that Niner Bikes, whatever you may think of them today, should be credited with helping to break the barriers down to what a 29'er could be.

Another individual who also brought big wheels and long travel together in a way that shocked the mainstream was Devin Lenz. His Lenz Sport brand also has to be recognized in the same breath as Niner as Devin was also independently pushing the big wheeled idea forward with amazingly capable rides that blew away the criticisms of 29 inch wheeled bikes and what they were capable of.

It's a crazy world of big wheeled bikes these days and back in the 00's, no one was thinking things would be like they are today. Well, except a couple of crazy companies that turned out not to be quite so crazy as we thought. Congratulations to Niner Bikes on the new WFO-9. It may seem like no big deal in 2021, but when you consider that at one time, 29"ers were relegated to being thought of only as single speed bikes or maybe XC bikes, it is a big deal. 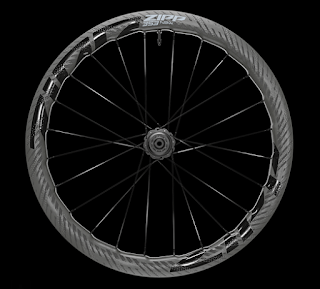 It Costs How Much?

Zipp Wheels have never been what I would call "inexpensive" wheels. Many of their past models would easily be called "halo products"- Products with heady price tags which people aspire to own, but probably never will.

Well, Zipp didn't do anything to dent that reputation with the recent introduction of their new "353 NSW" wheel set. Yep, you need four thousand Benjamins to get these in your mitts. Carbon wheels for bicycles have been trending downward in price of late, but Zipp? Ha! Obviously they went in the opposite direction with the 353 NSW.

Okay, so what do you get for 4G, (and I ain't talkin' about ancient cell phone connectivity rates). Well, you'd better be getting a light wheel set, and Zipp delivers there with a sub-1300 gram wheel set weight. Okay, well, you'd better be getting an aerodynamic, watt-saving wheel. Once again- if the claims can be believed - Zipp delivers. That saw-toothed design is supposedly a big deal here. Okay- well, what about being able to use it for gravel? Actually- this is the most interesting part. This is basically a gravel wheel set. 25mm internal width? That's not a road racing inner rim width folks. Add in a disc only brake standard and this wheel screams "aero-gravel".

I tested the FLO Cycling wheels last year and stated that these would not be the last we'd here about aero wheels for gravel. While Zipp doesn't claim that these are only for gravel, a companion press release sent at the same time features Zipps rebadged 40mm gravel tire and shows it on.....you guessed it- the 353 NSW wheel set. They may not say it overtly, but this is aimed at the gravel market. 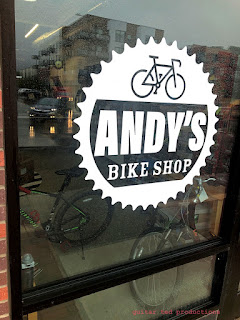 In the world of bike shops, I have been hearing that shortages are happening all across the nation yet. It seems to ebb and flow between different products, but certainly the situation with tires, tubes, cassettes, chains, free wheels, and other maintenance/wear items is still a bad situation. Getting accessory items is also still hit or miss. We've gotten in some stuff, like floor pumps, which were rare last year, yet we cannot get other things at all right now. It's unpredictable and frustrating for everyone.

In terms of bicycles we actually are getting some few things through the shop. We get them built and they disappear about as fast as we build them. But I am hopeful that at least a trickle of bikes will continue throughout the Summer.

In other bike shop related news, my friend and El Presidente' of the Slender Fungus, Ari, has been telling me that the Chicago metro region shops are desperate for qualified bicycle mechanics. Ari tells me most shops are four weeks behind in repairs in the region and that there is no end in sight. If you know how to wrench on bikes, and if you want to hang in the Chi-town area for the Spring and Summer, you can definitely find work.

Again, this situation doesn't seem to have any resolution in sight for the near future. It's so odd working under such constraints and during such unusual times. How this shakes out is anybody's guess at the present time. All I know is that this roller coaster of a bike season in Iowa is going to be an odd one. Especially with RAGBRAI happening. (Oh, and what the heck happened with that whole "Iowa's Ride" thing? Who knows.....)

The shortages are also affecting what I do at RidingGravel.com as well. But it's all okay. Somehow we'll muddle through this. I'm not worried. I just marvel at the weirdness and how it seems to have no end at this point. They keep saying 2022...... We'll see. 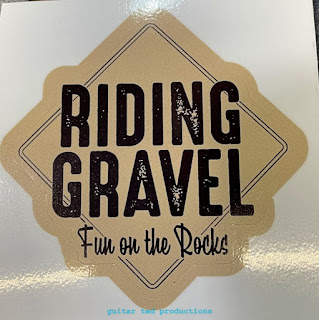 Hey, just a reminder that the Riding Gravel Radio Ranch podcast has it's latest episode up. Hear it here or wherever you get your podcast feed from. We try to keep these episodes at about an hour or a little less, so you don't have to invest a ton of your time into these. My co-host is Andy of Andy's Bike Shop, so sometimes we drop a little local stuff as well.

Also, you can still get the "Riding Stones - Shaking Bones" or "Addicted To Gravel" shirt designs at the RidingGravel.com website. The link to those shirt designs is here.

And finally, my own designs for the former C.O.G 100 in hats and jerseys and G-Ted merch are still available and you can find that link over there on the right side or just go to the Garage Sale Page for the C.O.G. 100 stuff.

NOTE: I've been blogging for over 15 years now, I have been doing Riding Gravel since 2015, and putting on events for 20 years or more. These small ways of making some money help me to keep going, defray some costs for making some of the content I put out, and honestly, with the C.O.G. stuff, I just don't want it to go to waste. In the case of the G-Ted merchandise, that actually helps my daughter and I don't get any monetary benefit there at all. I'm not going to apologize for occasionally making you all aware of these things as I feel it is just giving you an opportunity to give recognition to, and give back to what I have have been doing for all these years. If you don't feel led to do anything, no big deal. I'm good. I just wanted to provide the opportunity for you all to say "thanks" and if that speaks to you it does. If not, don't worry about me. I'll keep on keepin' on regardless of whether this stuff gets purchased or not.

So, don't pull out your credit card unless you really want to. (But get this C.O.G. stuff outta here, or it is going to the landfill before long)

That's a wrap for this week. Hoping for warmer weather here. I also hope you get out for a ride!

I NEED THESE WHEELS

@dicky - You do need those to get your garvel on. 😀