Looking Back At "300 Miles Of Gravel" 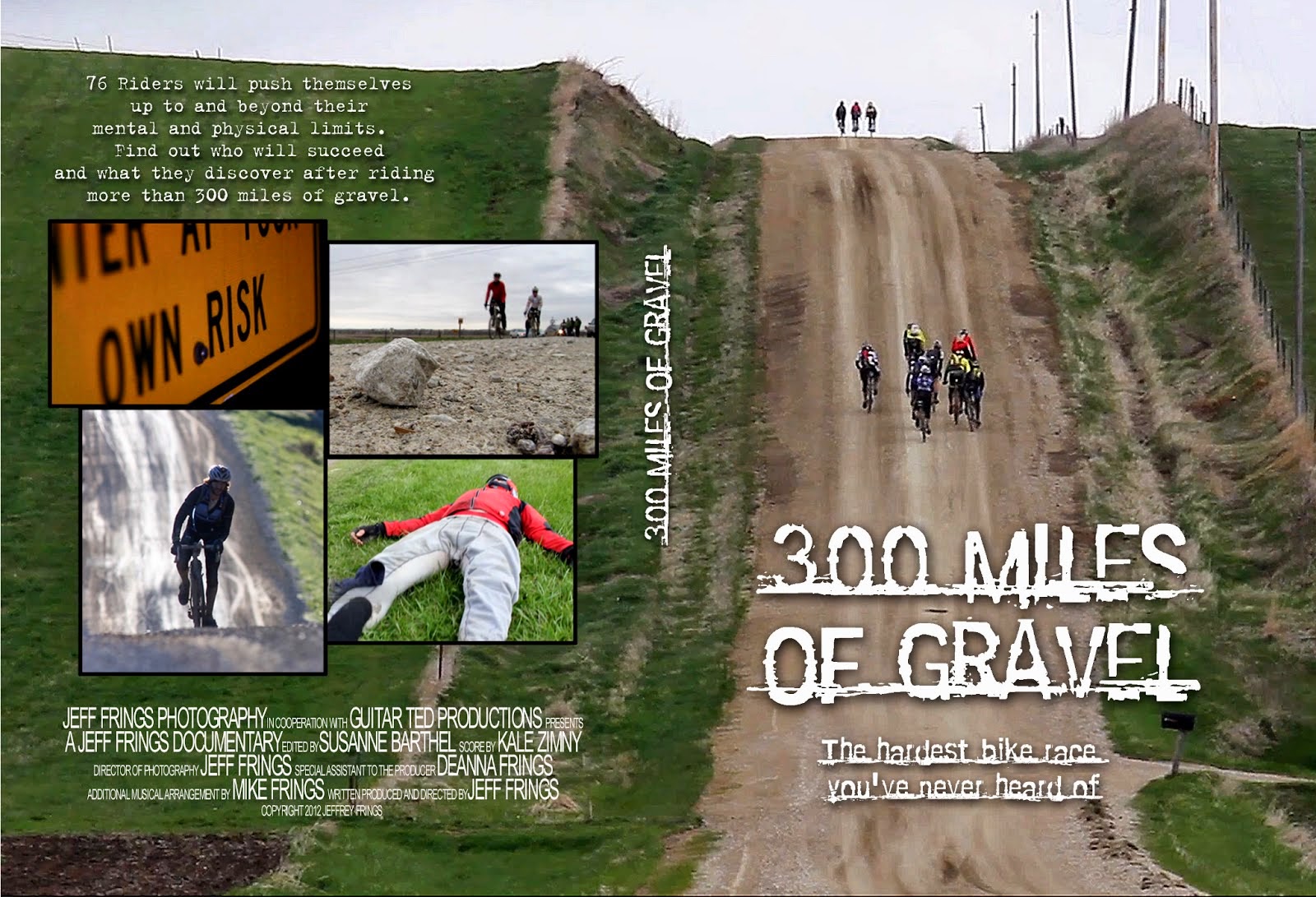 During the Geezer Ride, I was asked about "300 Miles Of Gravel", which is the documentary of T.I.V7 filmed by Jeff Frings. To clean up a little business, I will first point out that you can purchase a DVD of this HERE. Now that I have that taken care of, I wanted to reflect a bit on the film with the perspective of three following Trans Iowas after the one documented on the DVD.

There are several things about this film that I think about when I watch it that many of you out there that have seen it may not see, or know about at all. Conversely, I have been told about things that the riders saw and knew about that happened in the film that I didn't realize at all. Perspectives are a wonderful thing! So, I wanted to just touch on a few of the things I think about when I see "300 Miles Of Gravel" that you may find interesting.
Besides those details, (and others I won't delve into now), the main thing I see now is that T.I.V7 was a watershed year for Trans Iowa. Yes.....a lot of things changed. But more than that, it was definitely the last Trans Iowa where the B Roads really were a mess and tough to the point of causing issues for the riders, and the first one where we had a female finisher- Janna Vavre- who came back and finished Trans Iowa again in V9.

That Janna finished that Trans Iowa was a really big deal, to me at any rate, and I feel it kind of blew the doors off the barriers to the event for women.  Although it took a year to take effect, as we had a small Womens field in V8 and no women finished that year, ever since then the class has had a healthy amount of competitors and finishers with Monika Sattler even running with the front runners in V9. It used to be that we were stoked just to see a couple gals even enter the event! Now we expect a women to maybe even win the overall someday. It could happen, but I wouldn't have ever guessed at that even three or four years ago. Jana really was a pioneer in that respect.

I heard last weekend that some of you out there still watch "300 Miles Of Gravel" and enjoy it. I find that it is a compelling view into what Trans Iowa is, and I am humbled to know that many enjoy that work. I am sure Jeff Frings appreciates that as much as I do. I am not sure how I feel about the thing, at the end of the day. It is kind of personal for me. That said, it is out there and I just kind of tune it out most of the time. I even forget about it some days until I run across someone that saw it re-air on IPTV here when they have occasionally chosen to show it. "Hey! You're that guy that puts on that Trans whatcha-ma-call-it deal, aren't you?".