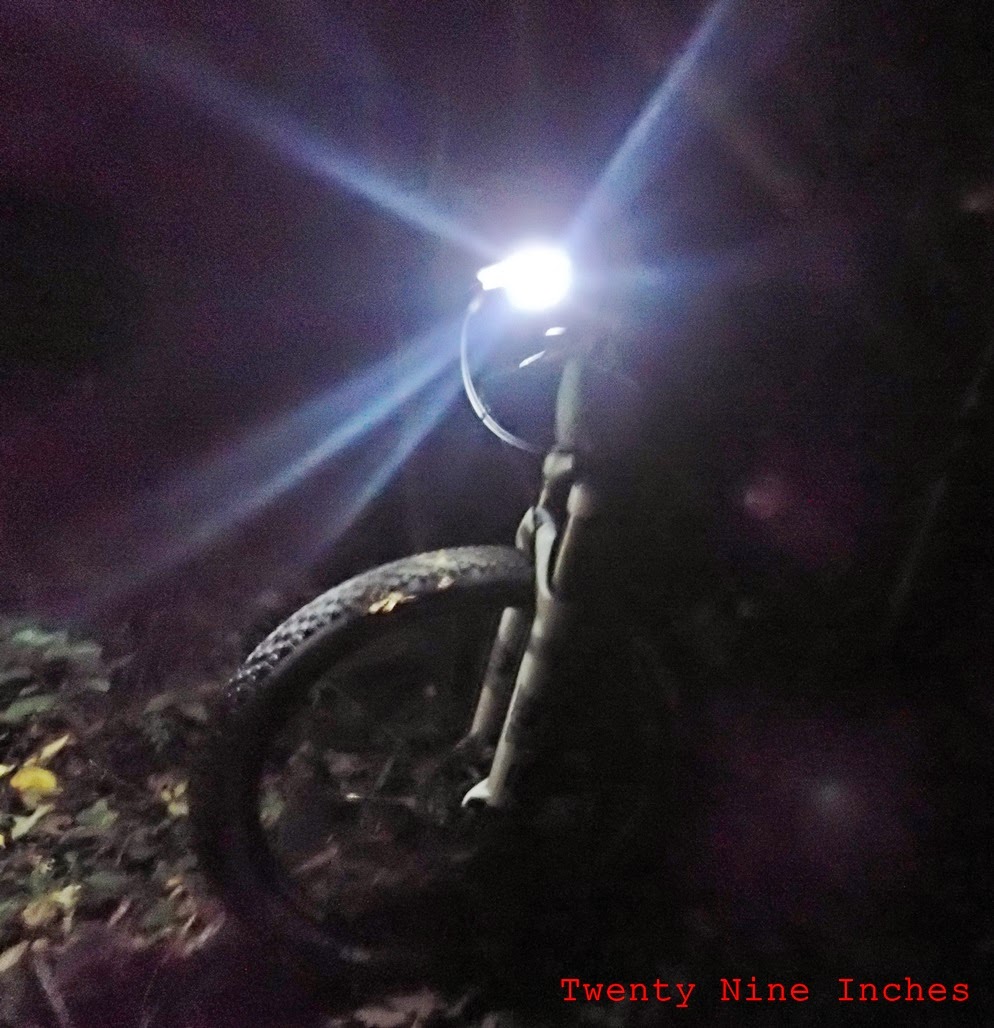 Last week I gave you all a glimpse of the clearances on my Sawyer mounted with the new WTB Trailblazer 27.5"er X 2.8er", which you can go back to see here.

I also had a request to try out one of the biggest, most voluminous 27.5"er tires on the same Velocity Blunt 35 rims and do a head to head comparo of sizing. The questioner felt that the Geax Goma 27.5 X 2.4" may be as big as the Trailblazer anyway, thus making this whole B+ thing kind of a moot point. So I grabbed one of these GEAX Goma 2.4" TNT models and slapped it onto the Velocity rim tubeless and the following figures that I will share are what resulted.

First though, I wanted to also add that I did a bead to bead measurement, as this is a popular way that fat bikers have used to determine a tire's volume. I also will discuss casing shape, as that plays into what I found to a profound degree. Okay, so first the bead to bead comparison:
So far we can see that the WTB Trailblazer should have a more voluptuous casing than the Goma 27.5"er does.

Now for some other pertinent measurements. I'll be making some comments on details where necessary:
So that sounds close, right? But that doesn't tell the whole story. The Goma has huge knobs which affect the diameter to a great degree. That isn't how big the casing is. In fact, the Goma has a rather pronounced, tallish "C" shaped casing. No surprise there, the Gato has that as well, so being built by GEAX, it makes sense that the basic foundation for the Gato and the Goma would be similar. The Trailblazer, on the other hand, has a shallower, "C" shape to its casing which is almost flat in profile. That means the casing has more volume and that is where the big difference comes in regard to this tire and anything else with a 584ISO bead diameter. 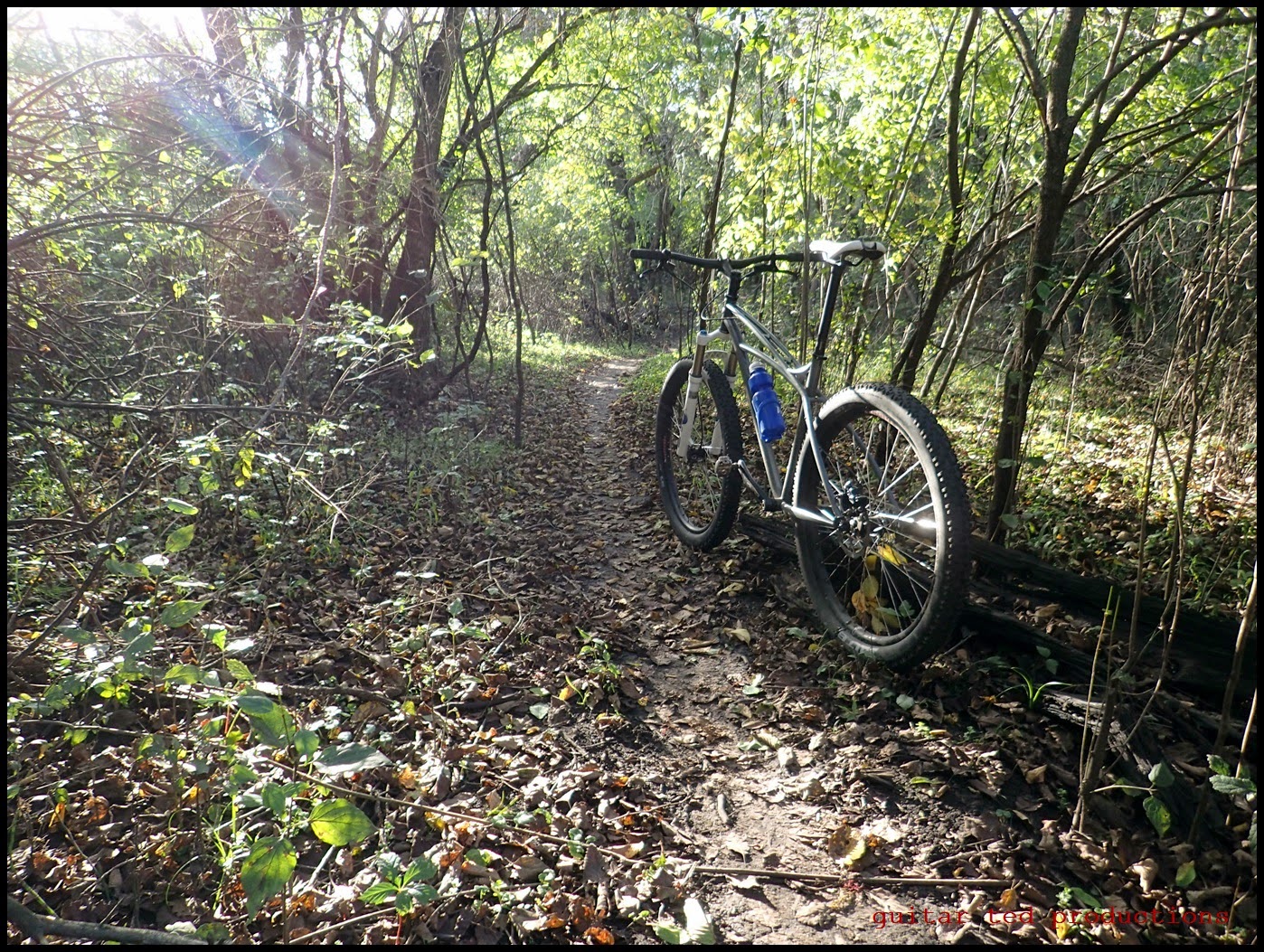 There are some really big 29"er tires out there, but the Knard is bigger. Same deal here. The Trailblazer is bigger. It's taller, wider, and has more volume than one of, (if not the) biggest available 27.5"er tires you can buy now.

Does that make it a B+ tire? That is a fair question. I will say this- the Trailblazer cannot really be compared to the Goma. Two totally different styles of construction and intentions from a design standpoint. Put it another way- Is the Knard 29 X 3.0 a Trail/AM tire? Heck, the Knard isn't even a tubeless rated tire! The Trailblazer is, and yet it does act much more like a Knard than it would the Goma, and it should be obvious that the intentions for these tires is as obvious as black and white.

So, is the GEAX tire a potential B+ tire if it were made like the Trailblazer? No. It isn't because it is not big enough! The intention for the Trailblazer was to fit 29"ers with as little change to the geometry as possible. While the Trailblazer falls a bit short in height, (which was also intentional, by the way), the Goma is more so. There aren't too many 29"er bikes that would accommodate a 28 1/8th inch diameter tire without some pedal strikes. Does the Trailblazer really work the way it was intended too? Yes! I have three bikes sitting around that I have tried these on that it works perfect with, and one other that is "okay" in that regard. The Goma on the 27.5" Blunt 35 would severely compromise all of them.

Call the Trailblazer whatever you want. It results in the biggest diameter tire for a 584ISO rim currently, it works best on something at least 35mm wide for a rim width, was designed to be used on a 45mm width rim, and has the most volume of any 584ISO tire currently available. I'd say that sounds "plus" to me.
Posted by Guitar Ted at 1:30 AM

trolling for bottom feeders I see

@Michael_S- How's that, Michael? As stated- I was answering a reader's queries regarding the 27.5'ers vs B+.

I don't see how that should be "trolling", but you are welcome to your opinion.

Thanks for posting this with all the measurements.
It's really helpful for me trying to squeeze the largest volume tire i can on my dedicated 650b bike.
Quick question: Do you know if the Goma 2.25 and 2.4 share the same casing, with the 2.4 having taller knobs?

it would appear that both sizes are offered in three versions.