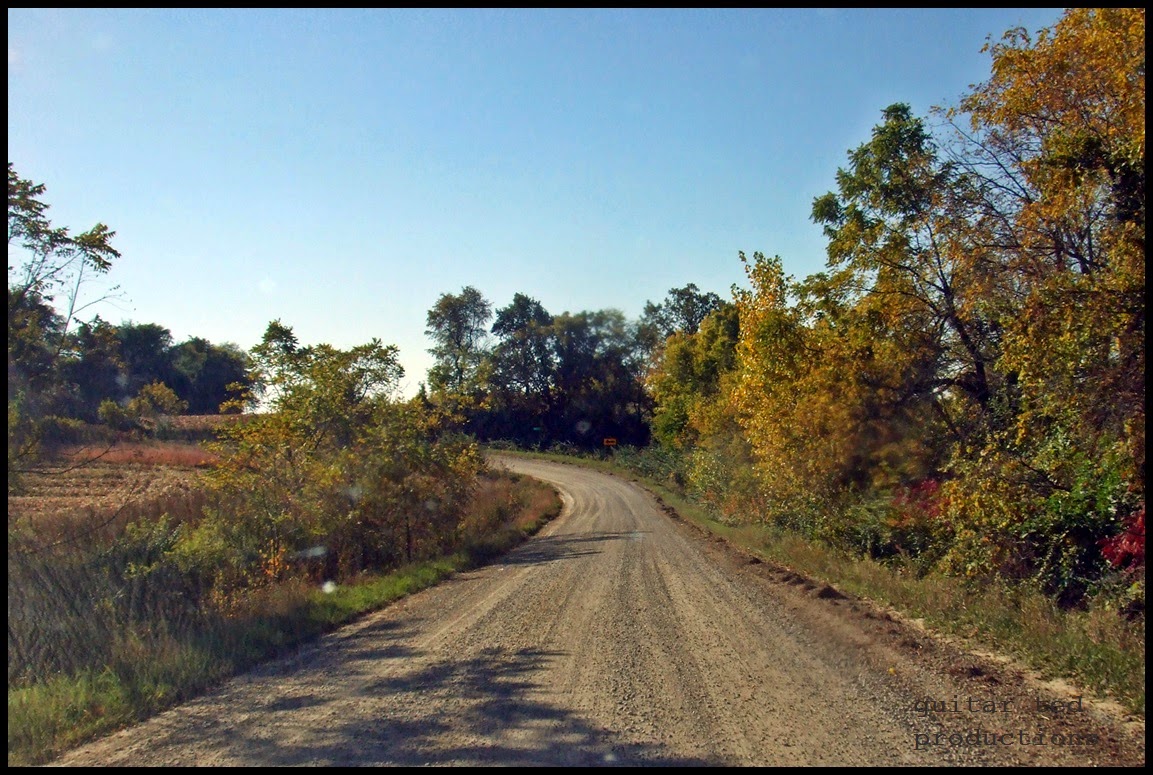 This is happening October 18th. There are a few folks that have said they are coming for sure, which I think amounts to maybe a half dozen or so folks if they all show up. However many come is fine. Seeing as how I don't think we will have a huge group, this then is what I have decided upon for details for now:

Look for a course update in the coming week.

The Age Of Information:

You know what the "Age Of Information" is, right? It means more than what maybe you might think it does these days.

I was reminded of this the other day when I read an interview on "The Bicycle Story" site with a highly respected endurance rider. In the piece I read that there was a lack of adventure in the endurance scene these days. That it is easy to get the gear and stuff to do this kind of thing these days. Well, this age kind of promotes that sort of thing, no?

When folks post every detail of "adventures" and it's spread almost instantaneously on social networks from the remotest parts of the world, well.....yeah. It takes the edge off things, I feel. I mean, I have seen things posted from Nepal, Mongolia, Costa Rica, and Africa, not to mention from Alaska. So, is adventure dead?

In some ways, I think that answer is "yes", it has died a death of sorts. Speaking of which, it was mentioned in the article I read that "...death (has) been removed from the equation." So maybe some elements of fear and the unknown have been dulled or removed altogether. However; it has to be understood that even that story I linked has the effect of dulling the edge as well. But stories have been told since forever, so it must be that the amount of passing of information is what is at issue here.

But ya know, the door has been opened, and it cannot be shut again now. It is what it is..... 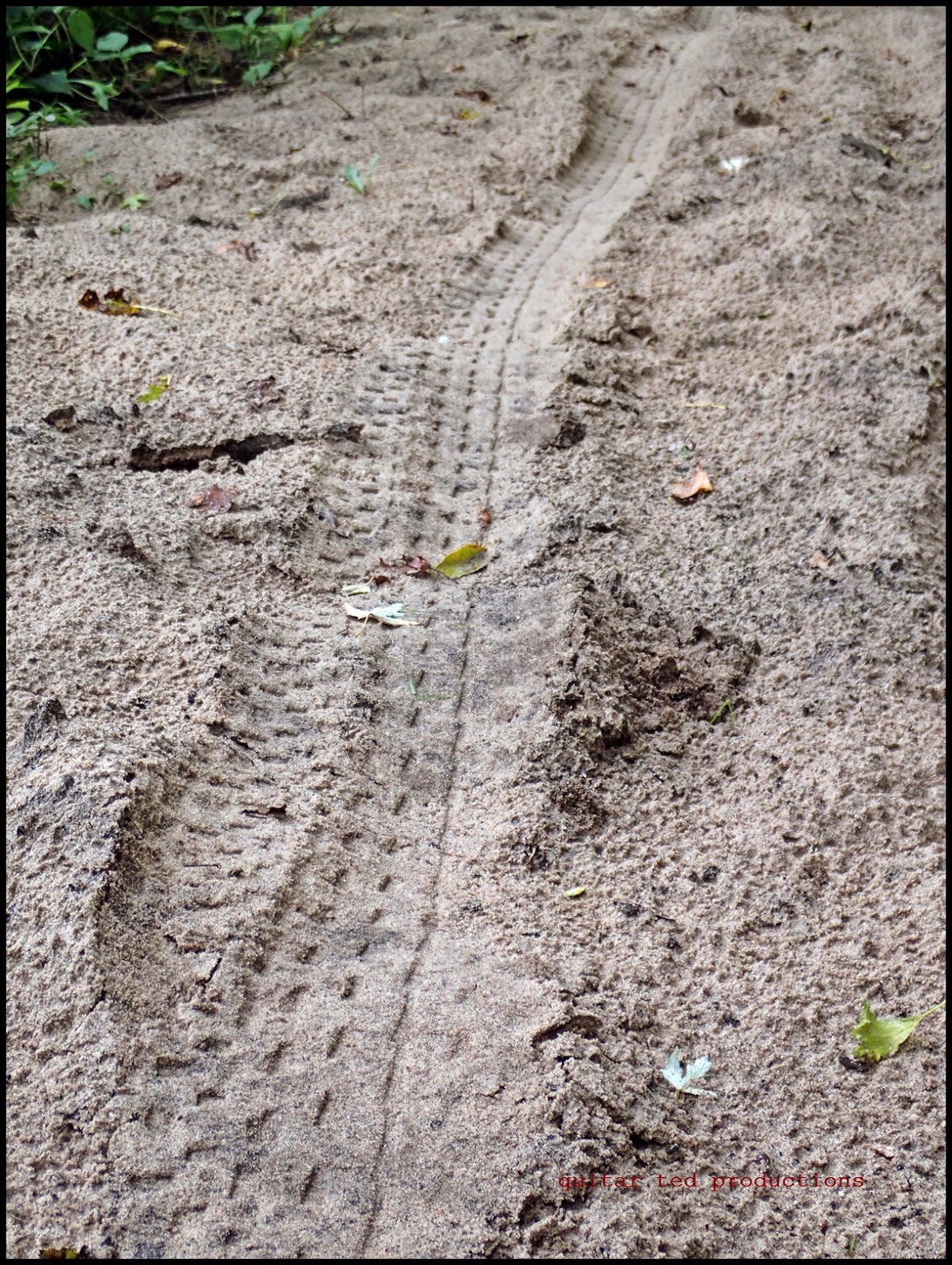 Update On The Snow Dog:

Okay, I have gotten the fattest tire set on the Snow Dog I've ever had. 4.8"er up front and about a 4.5"er out back on Rolling Darryl rims. I couldn't go any wider.

Now I am shopping for a 1 X 10 drive train set up, which I think is the only set up I can use to make this work. Without spending a crazy amount of money, I think I am going to do just a 30T front ring on my current crank/BB set up, and a 11-36T rear. I may even get one of those nutty 40 or 42T rear cogs to swap out in there to achieve a lower gear than a 30T X 36T combo is.

That means a new shifter and derailleur too. Gah! But look......I've worn out the old 9 speed stuff. It's dead. I really should just do an 11 speed set up and be done with it. Still working that out yet. Then I'd be right up to speed, (sorry!), and shouldn't have to upgrade for a long time on that bike.

So, the tire set up is going to kind of limit the Snow Dog to.....well- snow! That and dry stuff will work out, but there is no mud clearance to speak of anymore. It's tight back there! Obviously the '11 Mukluk didn't have Alternator drop outs, but if it did, this would have more "breathing room" for sure. At any rate, I'm trying this. I think it will go all right. Snow will be okay, and it'll be fun to see if this makes any differences when the snow gets deep around here.

Eventually the Blackborow will show up and make this all a moot point. Then I will get back to a better set up for the Snow Dog that will allow for some clearance with a lighter wheel set up. Till then, I am just about ready for snow.
Posted by Guitar Ted at 1:30 AM

I agree, adventure does kind of seem to have taken a hit, morphing from slightly crazy individuals risking all for an experience others would never know to an industry that supports and guides consumers through experiences that they make damn sure everybody else knows as much about as possible.

I'm not really an adventurous kind of guy but am in awe of those who are; I'll save most of my admiration for the hardcore people out there I'm hoping still exist but aren't often heard from.

I've had a OneUp 42T cog on my hardtail since February of this year.Recently took it off--it really strained my SRAM X7 derailleur, which I just replaced this week with an X9. Back to 11-36 now and would let the 42T cog go cheap, if you're interested (OneUp did not include the 16T sprocket with the 42T at the time I ordered mine).

@Michael Day- If you would, please e-mail me @ g.ted.productions@gmail.com and shoot me a price. I'm interested.