So What Do I Know? 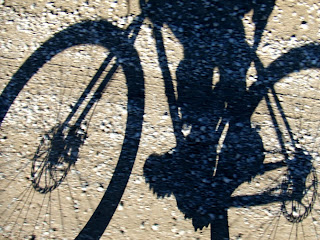 Now that I am back from all the Trans Iowa madness, I can start talking about something else. Last week, while the rundown was being posted, I got back on my bike again. Man! Did that feel good after all the stresses of the event.

Funny thing was though that for about 4 days after T.I.V6 I would essentially shut down around 4pm in the afternoon. I would get so tired I couldn't stay awake. Weird! I also lost my voice last Monday, so maybe I was sick on top of it all. Whatever it was, by the weekend I was feeling better and not dozing off anymore. That's good, because I really don't like falling asleep in the afternoons. I've always been like that. I guess night time is the right time for sleep, for me. 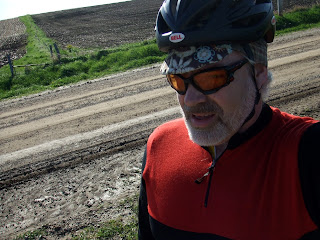 I was really hoping Saturday would be a nice day, since I had to get out and do my Dirty Kanza assessment. A couple of years ago I did this and found out I was woefully out of shape. I pulled the plug that year before I even went down there. Last year I was good to go, only to come down with a nasty head cold right before the event, which also was windy as all get out with temps in the 90's. No finish last year! 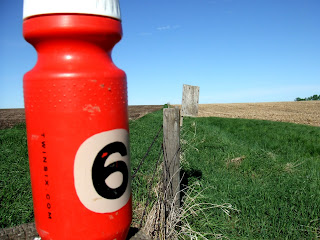 So, I got out afterall to find out how the motor was doing. The wind, which was 20mph out of the Southwest gusting to 30mph, was right in my face to start out with. I figured I'd be smart, do the headwind thing first, tailwind thing back home. I also thought I'd just do a shorter ride. Didn't want to roach myself out of the box, since I was maybe still stressed and sick post Trans Iowa. The plan was to go a couple miles south of Hudson and "Head East" then north with the wind back to Waterloo. Okay, good plan I thought. Just one problem with that "good plan". I was on Lincoln Road, (Here's to the Lincoln Crew!), heading south and well guess what? There are no gravel roads going east two miles south of Hudson......or three miles......or four miles! Not on Lincoln Road, and not if you don't want to ride on pavement. I didn't. 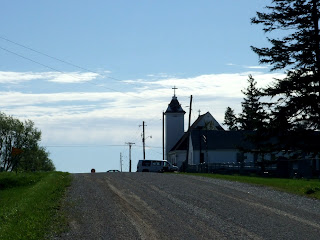 <===Okay, this has nothing to do with Red Winged Blackbirds. It's just a cool picture of a country church.

Now keep in mind that I am into a headwind the whole way. Yeah......feel the burn!! Oh yeah, I was single speeding it to boot. Anyway, I finally find an Eastbound road that gets me across Highway 63 and heading back the way I wanted to go. It was Tama Road, which is just shy of the county line. Much further than I wanted to go! But....what do I know about these roads? Not much before Saturday, but much more now.  Of course, locals will know that Tama Road is paved east of 63, but I had no choice at that point, and a mile of pavement that isn't busy? pssshaw! It's all good. 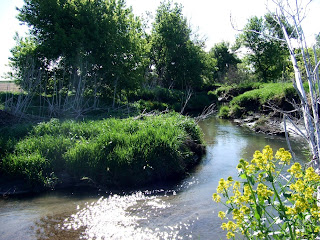 Then I went into "Gnat-mode" and started taking a bunch of pictures with my point and shoot. I practiced some "Kerkove-shots", but none of them were worthy. (I need to brush up on that!) Then I stopped a few times to get some shots like the one of this babbling creek I passed by. It came right up next to the road and I could hear the water burbling as I was coming up on it. Nice!

It was a beautiful day and well......How could I not stop and take a few pictures! 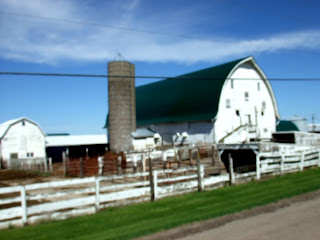 <===This one came out looking like a scan of a film based image. Weird, but it came from the same camera as the others.

Anyway, I have almost no idea what I am doing, I am just pointing and shooting. So, this is no "photography buff's stuff". You should go to Gnat's blog for that, or elsewhere.

Now back to that Dirty Kanza assessment. After about 35-40 miles, (I didn't have a computer, or a working cell phone- almost a full on retro ride!), I found out I was doing okay. I felt pretty good, actually. Even after all that headwind, stopping for pictures, and whatnot, I was ahead of time cutoff status for checkpoints. A very good sign. Of course, it isn't Kansas, and things may be different then, but I figured out I was good to go for the event as long as I keep the pedal to the metal on the training.

did you get attacked by the red winged blackbirds?

@blue: Nope! I think they all thought I was a giant Red Winged Blackbird, cause they all flew away from me!

No blackbirds here. Got some morning medium fast gravelly goodness on the La Cruz (48 miles) and some afternoon slow gravelly goodness (27 miles on the Fargo) with stops for an adult beverage and to wait out the storms that came through. Great weekend for riding. Look forward to you finishing DK this year GT :)

we had two top 10 days in a row here in neb. it was gorgeous. i did a kids mile run with my son on saturday and sunday a nice ride in the country.

Glad you are back on the bike and ready to go. Stress is a killer. I don't know how some folks do it...stress defines their lives.