This past weekend here we finally got a respite from the Arctic air that had plunged us into a January weather feel. It came around at the same time that I finally had started to feel better after having been down and out for three days with some sort of a sinus like malady that had sapped me of my strength and was giving me these pounding head aches. Well, I wasn't one hundred percent, but this chance was not to be missed. I had the added pressure of having to review this bike that came in recently for Twenty Nine Inches, so there was that as well.

The Plan: Ride as easily as I could to that new trail someone cut into Sherwood Park, do that loop, and get some impressions. Then take it easy on the way back. Maybe I'd not knock my health backward and I could get done what I needed to get done, with the added benefit of getting a bicycle ride in after having missed that the past three days before that.

So I got out late in the morning, or "fore noon", as my grandparents would call the hour between 11:00am and noon, and did what I had planned. I took it nice, smooth, and slow. The good thing? No pounding in the temples. Still, I wasn't pushing things yet, which I planned on doing once I reached the trails. What condition they would be in was anyone's guess at this point. The temperature was rising quickly and was forecast to top out at the 50 degree mark. At the time of my ride it was in the upper 30's and cloudy, with the slight hint of fog lingering in the air from earlier in the morning. It quickly got warmer, so I ditched one of my pairs of gloves for just the liners and opened the zippers some. 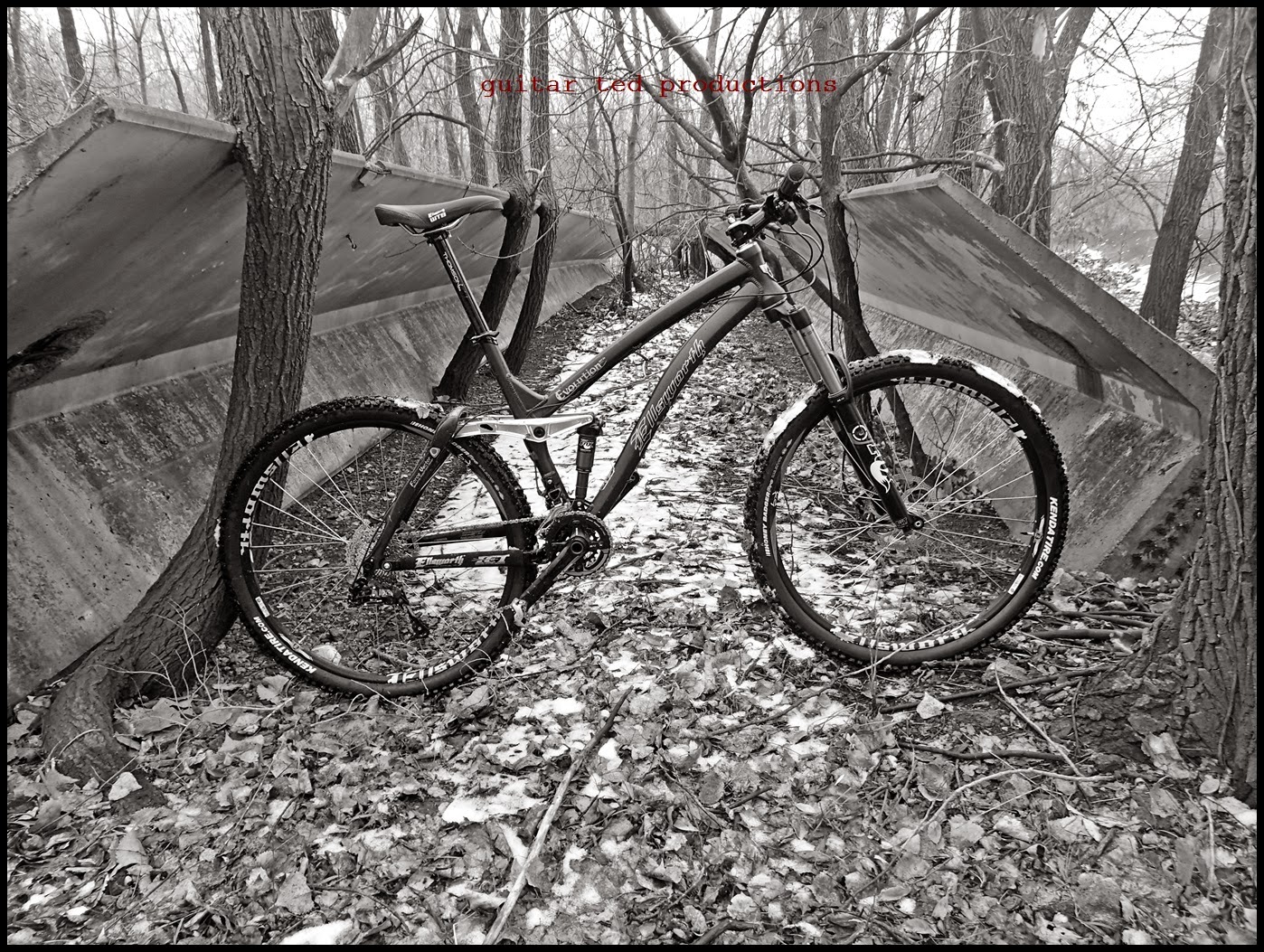 The ride was good. I couldn't really go as fast as I was planning because of the slicker conditions with the snow melting, but I did get what I wanted to know from this ride and that was the main goal. The secondary goal was met as well- no bad feelings and I didn't knock my health backward as a result. In fact, Sunday I felt even better than I did on Saturday.

On the way back to the house I saw that where there had been snow on the way out that it had melted and it was gone. Things were wetter. Water was trickling down the streets and alleys as if it were a Springtime melt. The Sun even popped out after I got about halfway to the house. The chance I had for a decent ride had passed. By the time the Sun appeared in the sky, the trails would have started to become a mire of mud and slush. It would not have provided the opportunity for me to get what I needed out of the ride. I guess I got lucky and hit the timing just right.

The next day was rainy and still warm, but trail riding would have been out of the question, so it only confirmed that I had hit the timing spot on for what I needed on that ride. Late Saturday and again on Sunday I got in two longer walks with my family as well, so I felt somewhat back on the road to health too. I'm looking forward to this short week and sneaking in some other rides soon.