Welcome to the first Friday News And Views of 2015! If you are new here, you can expect to see this every Friday unless otherwise preempted or noted.

Here's a trend I think you'll be seeing a lot more of in 2015 and beyond. This is a frame project from the mind of Brant Richards' and part of his newest venture, "pact bikes".  (The home page is "ace" as they might say in Hebden Bridge) Anyway, the thing is basically a titanium, slack head angled, long travel, all-mountain/trail bike that will take on the new "Mid-Fat" wheels based on 27.5"ers and also will handle 29"er wheels with what I would assume would be better mud clearances.

The hard tail, big wheeled rig should prove to be a simple, fun, and very versatile bike that could cover a lot of territory for many folks. "pact bikes" example here will likely make it to the States at some point. I've seen hints that a certain importer is going to stock the frames, at the least. But you'll see this idea creep into other company's lines. I've heard that Trek's new Stache will be a "Mid-Fat" hard tail, and if Trek is doing that, you can bet that others will be jumping on the band wagon as well. It makes a lot of sense when you consider that 29+ just doesn't work for shorter folks and that if you didn't like "Mid-Fat" you could lace up 29"er wheels for these rigs.

Oh......yes- these will have wider hubs on the rear, and I wouldn't be at all surprised to see a wider standard for front wheels too, now that we have 150mm front hubs for fat bikes.

Tires are the next thing, but I do know Panaracer is bringing a Fat B Nimble in a 27.5'er variant and you can bet that Bontrager will be represented on the new Stache, bringing another model or two to the table. (Chupacabra in a fat, 27.5" size?) Sea Otter should be very interesting to watch this year. 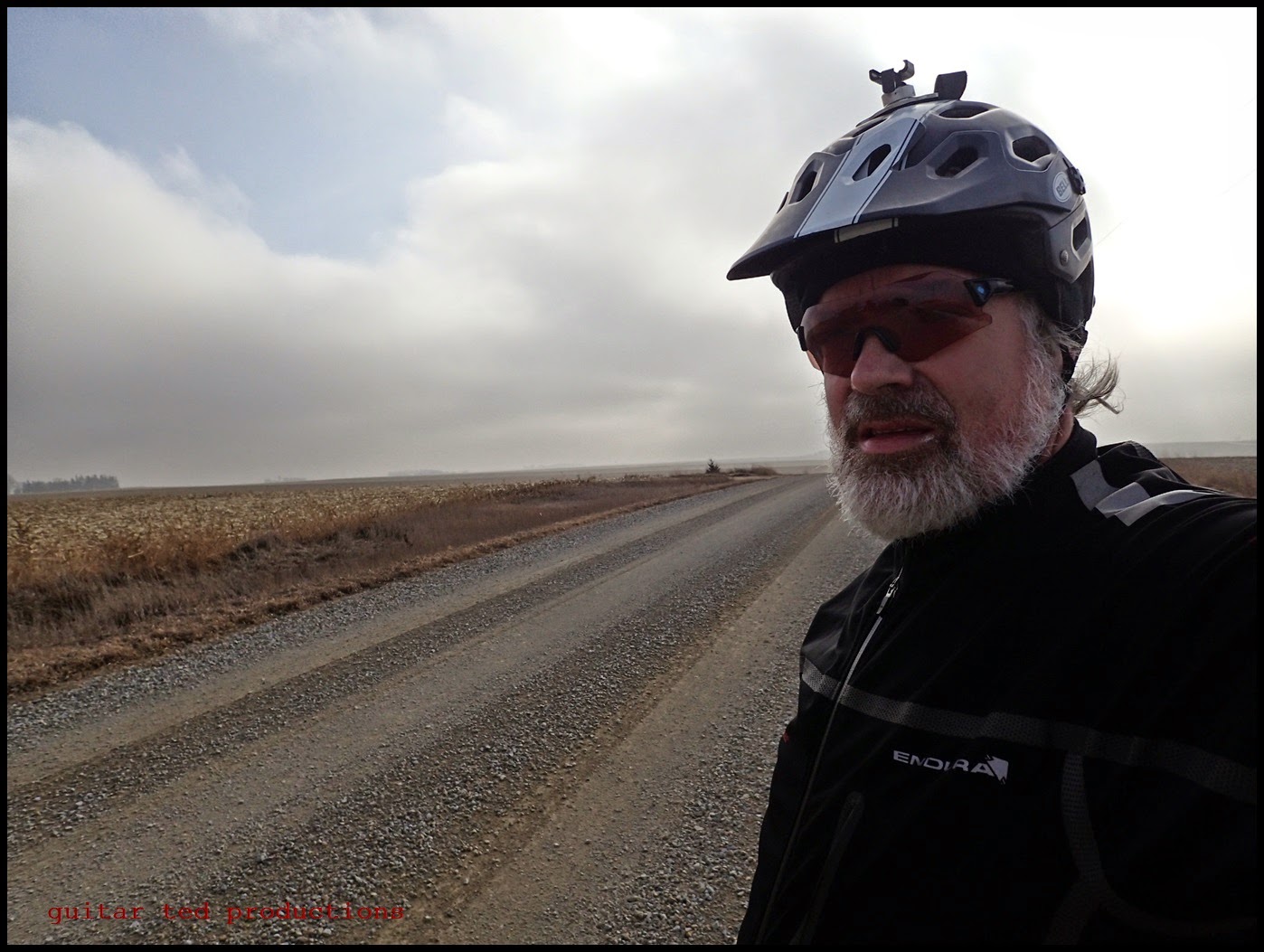 GT In The News:

This week marked a couple of things about myself in the media. I mentioned in my "A Look  Forward" post a while back that I was leaving Twenty Nine Inches.com and moving on with RidingGravel.com. The guys at TNI.com wanted to have me write a "goodbye" post, but that felt a little too pompous to me, and I let them know that they could just do what they wanted, if they wanted, for a goodbye post. Well, they did one. They were very kind and gracious, and I wanted to say a public "Thank You" to Grannygear and c_g for that nice send off.

Then I got a phone call on Wednesday from Matt Weibe from "Bicycle Retailer & Industry News". He wanted to talk about my leaving TNI and where, if anywhere, I would be going afterward. Well, they put up a brief story about that after interviewing me which you can see here. I am a bit mixed in my feelings about all the attention. On the one hand, I have expended a huge amount of time and effort into all of this, so to get a little pat on the back and some recognition for those efforts is nice. On the other hand, I am never one to want to let any of that get to my head. Hopefully, that never happens!

Down in Nebraska the gravel cycling scene has been going on for a long, long time. I have visited on several occasions and participated in the "Good Life Gravel Adventure" and "Gravel Worlds" These fine events and more are all done under the auspices of a loosely knit group of folks that have dubbed themselves the "Pirate Cycling League".

As a community of riders, the PCL is a pretty cool bunch and they have survived quite awhile now. A few years back the PCL started selling their own "kit" and then invited anyone of like mind to join in the "crew", as it were. I like these guys, and they have sort of adopted me as one of their own, so I am doing them a solid here by helping to promote their kit order for the coming season. Order the black kit by clicking HERE.  It's quality schtuff, made by Voler, and you can get a selection of jersey styles, shorts/bibs, and accessories like arm warmers and caps.

The PCL doesn't make anything off this, and they aren't in it for the dough either, but they would like to have their folks get the kit and they need a few more to be sold to make minimums. So, check it out. I've supported them for the past two years or so in this and the jerseys are really cool and very well made. Now I have to get my arse down that way to join them in some riding again!

Okay, that's a cold, frigid wrap. Get outside and ride, ski, hike......whatever!

So I just bought a Titus Fireline. I'll use it as a 29er, but was hoping to maybe be able to stuff 27.5+ wheels into it. Now you mention this pact-bike frame, which is basically what I wanted all along (though not available yet). I will probably have to get one darnit. And then I'll need new wheels, and lots of other parts...

Thanks for the kind words on #battlecat. This is a "large rider" project, using 150mm/157mm spaced DH rear hub, with matching 83mm BB running a SRAM X0DH crankset. We could wait for the 148/Boost stuff, but we think this is funner, cheekier and kind of works better for bigger riders anyway. We're just scaling a fun 650B regular bike to B+ and beyond.