October started out with a big ride that I wasn't sure I could pull off, but we did it. A Fat Bike Century! I even did it with flat pedals and my street shoes! I used my new 1X 11 set up with a 28T drive ring, which was a bit too low, really. If I had to do something like that all over again I would opt for a double at minimum and have a pretty good sized big ring for hauling the mail down hills and for cruising the flats. As it was, I was coasting a lot more than I would have.

But then again, maybe that was a good thing!

Trans Iowa v13 was introduced in August and registration was ongoing during October. There was lottery implications possible in the Vets class, but that turned out not to be necessary and the whole registration process was almost dull. A far cry from a few years ago when chaos was the order of the day. That was all fun, but honestly, I could do without the drama that came with it.

Then there was a bit of a diversion from all the bicycle stuff, and a bit of a throwback to earlier times in my life when a friend from the shop and a daughter of an old friend got married in Des Moines at a big, fancy mansion. That was a really great weekend. I saw folks I haven't seen in many, many years and had some great conversations.

I also got ahold of a tandem with which I have been able to get my daughter out on a few times with good results. She's 16 years old now and not a cyclist, but hopefully this tandem will help to change her mind about that. Thanks Bruce, once again, as this has been a very positive experience so far.

Then another great weekend happened at the end of the month as the Fargo Reunion Ride happened and I got to ride with Jason, Ben, Marty, and MG, plus various other folks from as far away as Kentucky. It was a great way to close out the month of October. In between I got in Trans Iowa recon and a Four County Tour. October was a stellar month of friends, cycling, and good times. Maybe the best month of the year.
Then November came and things slowed waaaaaay down! Trans Iowa registration ended, there were no more big events or rides planned, and the weather went to the cooler, browner side for the month. I did get a couple of components that were kind of a big deal for me. A GPS based Lezyne computer and a Carbon Jones Loop H-Bar.

Then the weather got really cold, and Winter came a bit early to Iowa shortly after Thanksgiving. Fat biking was the order of the day, and December was pretty frigid to start out with. Now we've swung back to the warmer side and all of our snow is glazed over with ice and rock hard. 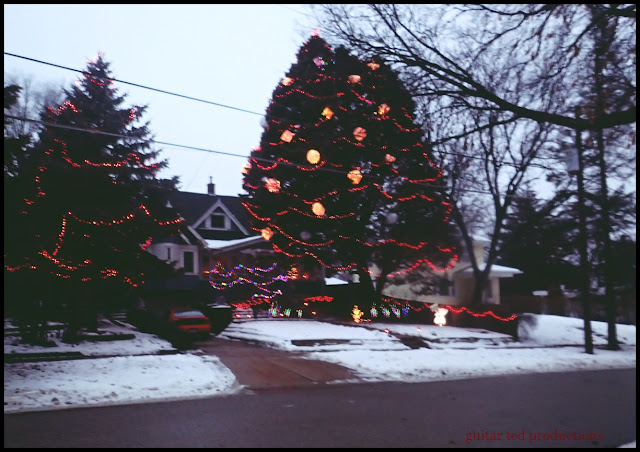 And that brings us up to the present. 2016 was considered by a lot of folks as a sucky, bad year. I won't agree with that at all. It's been a great year. I saw some old friends, connected with new folks, and had successes and failures in my riding that I'll cherish for a lifetime. I have had my share of heartache, to be sure. My Dad, my Grandma, and an Uncle all died this year. My mom got a bad diagnosis, and my inlaws are struggling with their health too. There is always good and bad with every year. But I have been blessed through it all.