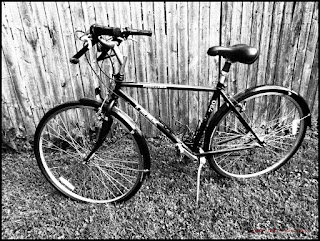 I brought home a bicycle to the Guitar Ted Estate the other day. That isn't necessarily an unusual thing  I bring home an old bike or some parts on a fairly regular basis. However; this time the haul was something different for me. A notable experience and it made me reflect on things.

The bike itself is nothing remarkable. A late 90's Trek, steel frame and fork, middling component group, and some plastic full coverage fenders. Perhaps the most notable thing to the casual observer would be the odd Cane Creek drop add-ons for the handle bars. Not a bicycle many would take a second glance at. It is only notable to me for what it represents to me and the story behind it.

In the late 90's my Mom took an interest in bicycling. She had observed my love of cycling over the years and she had just moved to a quiet small village after living in Des Moines. She figured cycling would be a safe choice living in that small community where she had moved. She could get out in to the country easily and without a lot of traffic pestering her. Mom has always been a country girl at her core. Cities never set well with her.

She found a close out at the bike shop in the next town over from her and picked it up. Along the way I helped her accessorize the Trek. A computer, clipless pedals and shoes, and yes- those funky drop add-ons. Mom liked those because she could ride into a headwind easier by getting down in those drops. 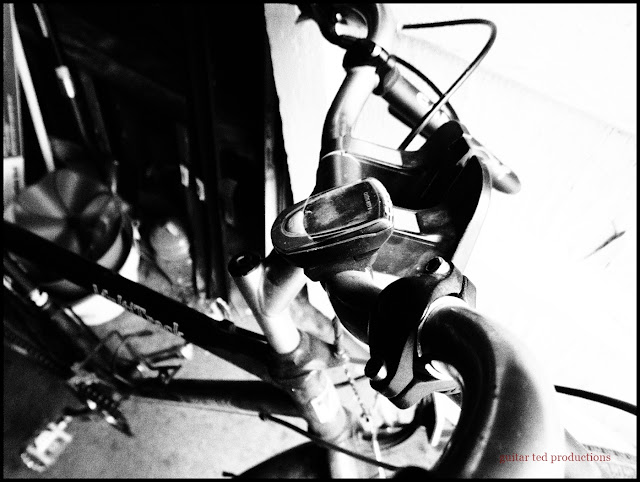 She rode several single days of RAGBRAI with me on that bike, but I imagine it was all those forays out in to the surrounding countryside that were what was most important to her. She used to regale me with the tales of her jaunts out to other small towns via the network of county blacktop roads she used. She spoke of birds, flowers, and how the crops were doing. It was obvious that she really enjoyed riding and being outdoors.

Then I remember a few years back how she was telling me how cars and trucks were not giving her space. She didn't feel comfortable riding alone out there anymore. She would keep her rides within the city limits from then on. Eventually the tales of rides ceased, and then last year my step Dad gave me the news that my Mom wasn't going to be riding anymore. The onset of dementia made that too risky of an activity. He suggested that I pick up the bike and find it a new owner. That pick up finally happened this Memorial Day weekend. 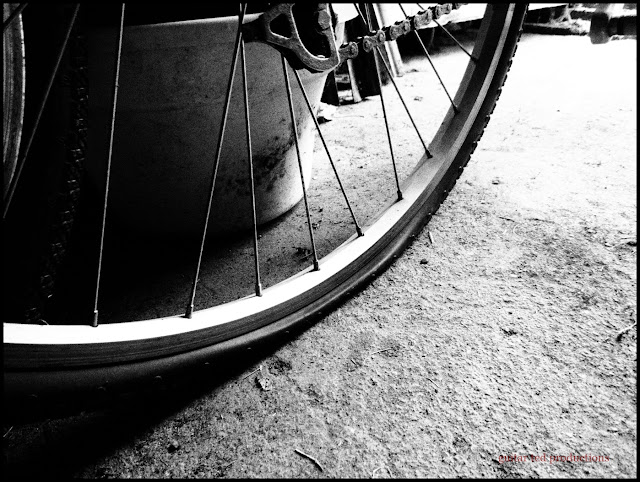 My Mom is almost 76 years old. I wondered what her last ride was like. Those old tires had absolutely no air in them, and judging by the dust, it had been some time ago. The computer battery was dead. No record of mileage on that bike or the last ride it took my Mom on.

Then I thought about "last rides". When would mine be? Someday it will happen for all of us.

Cherish every ride you get till then.
Posted by Guitar Ted at 1:30 AM

man you really put a great perspecive on life thanks

Nice write up. As a parent, it parallels my wondering when my children will sit on my lap for the last time.

Thanks, GuitarTed. We gave my father-in-law a steel Trek to rode around the neighborhood a few years ago. Dementia also ended his rides. Your post today was really sweet. Yes. Every day is a gift. The Lord is so kind to let us enjoy the day on a bike.

It is not about the bike. Thanks for share a human story about your mom. More?

Sometime we do, but most times we never know when the "last" anything happens until later. So, as you note, carpe diem and all that. So true, so easy to forget. Thanks!

All choked up reading that. Thank you.