A Few Quick Comments On The Weekend's Event In Emporia 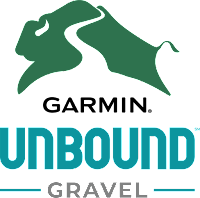 Over the weekend the inaugural "Unbound Gravel" event occurred, or was it the 15th one? I'm still a bit confused by this. I was at several so-called 'previous editions' of this event which were called the "Dirty Kanza 200". An event co-founded by Jim Cummins and Joel Dyke. I don't remember that it was ever called anything else, and now with so much changed, is it really still that event?

Well, whatever.... Ignoring your unsavory bits while trying to hold on to your equity is not a new ploy in history.

There was a huge marketing push behind Unbound Gravel to get out the narratives that they wanted to have take the stage in people's minds. The event had hired a professional firm which sent out daily press releases for four straight days with story line suggestions for media to write about. This included imagery and athlete interview opportunities. (I know because I received them for 'Riding Gravel') It shows how seriously Life Time was taking this event and how they were wanting to form public opinion.

Missing from any of the releases and story suggestions were any mention of the event's place in gravel event history, previous difficulties with the original name, and only cursory mention of any evidence of a previous history at all by naming 'former winners'. You may remember these people were named "King" and Queen" of Kanza back in the day. Promised 'inclusivity' measures, which were announced during the name change period, were briefly suggested in one day's press release, but were not mentioned during the rest of the event's coverage. These story ideas were presented as a thing that was made 'optional' to cover for those who were sent the releases. Did anyone see this get pushed out? I did not. Updated 6/8/21 @ 4:08pm - Unbound Facebook page shows award being given to the first non-binary racer.

The event promised 'live coverage' via a feed provided by FLO Racing, and while there was some neat drone footage and social media updates, viewers criticized the coverage for several reasons. It was not 'enough this or that' and I saw the mentions of a lack of coverage of the women's race. At one point, the timing and scoring showed Peter Stetina missing, and many were pointing out the failure on Twitter Saturday, comparing how results and scoring and timing worked during Pro road racing from Europe.

In my experience, if you even breathe a word about 'coverage', you'd better come with full-on, fully budgeted, and Pro level quality content for free, (or almost free) for internet consumption, or it will be viewed as a giant fail. Otherwise you have to explicitly set expectations ahead of time, but I did not see where Unbound did anything of the sort. So, in my opinion, the criticisms are to be expected, even if they are unfair.

The event itself consisted of about 2800 riders, (according to the press release) but if you watched the social media, all you saw or heard about were the top ten or eleven male and female racers in the 200, the 100, and the top two male and female winners in the "XL" portion of the event, which was the 350 mile 'self-supported' distance. Riders of the shorter distances who used to race the same day as the 100 and 200 were forced to ride on Friday instead.

Overall, there was no real big news out of the way things went down. It was typical Kansas fare. A lead group whittled its way down to a few potential winners, there were crashes, mechanicals, and in my opinion, the only surprise was the male winner of the XL who smashed the time record. It was hot, (but we were actually hotter here in Iowa by ten degrees- weird!) and there was wind. But the roads looked pretty good for the Flint Hills from the images I saw.

Finally, I leave off with this observation from the last press release I was sent: There were several '1000 Mile Club" inductees this year- People who had completed the 200 mile distance five times. There was also a mention of "..Kristi Mohn, co-founder of the event...". Okay? Kristi certainly could be a co-founder of Unbound Gravel, but co-founder of the event you are saying these people rode five times and finished? Uhhh.......something doesn't add up here. Either I was dreaming when Jim and Joel cooked this idea up and told me about it in 2005 or something about history is being manipulated here.

I'm a 72 year old cyclist that has been riding the DK/UG since 2012. Started doing the 100 mile version in 2014 and I found the UG event this year was well organized just like the DK events of the past. Lots of fun and excitement both on the course and downtown. I don't try to read too much into how Lifetime does things. It's still a major economic factor for the citizens of Emporia! The locals are still very much behind the event and are out helping and cheering on the riders. I will try to compete as long as my body lets me. This years 100 course was almost if not exactly the same as 2019 but the wind was major factor from Council Grove to Emporia. It was emotional for me on the finish down Commercial St.
Dan Stookey

@Dan- Congratulations on your finish this year.

Do we even care? Gonna be honest, I really do not. There is too much to do in this world to explore than care about who did what and why. I voted by not even trying to register for the race, things will not change till the money changes. People can express their concerns all day long. I would like those people ask why are they investing emotional efforts into something they did not themselves attend? A lot of the Social media posts I see are by people whom did not attend the event. So I ask, why do they care?