I got a couple of questions about Trans Iowa recently, which I have covered in years previous to this, but it bears repeating the answers to them again. So, with that in mind, I will tackle the reasons why Trans Iowa doesn't support gpx. files, or the like, and why we do not allow spectators on the course.

GPS Devices: While these devices are rampant today, and lots of events provide files for your navigation purposes, Trans Iowa is decidedly analogue. Navigation by cue sheet is central to the event. For one thing, if all involved have to navigate by cue sheet, then there is no advantage one way or the other, besides the skills of each individual rider. GPS files are not something everyone can use, and with varying devices and formats, one can argue that advantages can be had with regard to devices and technology in general, not to mention whether you can afford the devices in the first place. The potential for an uneven playing field is too great. So, despite the earnest pleas from some sectors, you will not get a file to download before or after the event from me.

Oh yeah, by the way, as long as we're on the subject, I will never, ever, release course information for any Trans Iowa route, with the exception of the Trans Iowa Masters Program, which was a special route I shared briefly for the celebration of T.I.v10. And that's off the table for now as well. Those that have ridden entire courses and have the cue sheets can do what they want, but you won't get that from me. 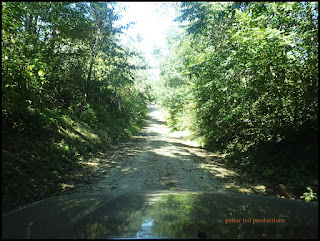 Spectators: This gets asked every year: "Where can my folks come see me during the event?". Well, they can't. Or, more accurately, they shouldn't. Trans Iowa used to be pretty loose when it came to "spectators". Checkpoint information wasn't closely guarded, and folks would share that information, resulting in small crowds of folks showing up at these spots. This all came to a head during Trans Iowa v5, when after the event, I was made aware of some "support" given to riders that by the spirit of the rules was not allowed. It was then that past co-director, David Pals, and I made the decision to switch things up a bit.

We shortened the distance to CP#1 making it an early morning arrival, and made the second checkpoint a remote, unfriendly to visit place. What is more, we kept the information top secret. Then, after a run in with an insistent would be spectator during T.I.v6, we clamped down even further, not even telling volunteers where checkpoints were that they weren't manning, so they could not tell insistent, would be spectators anything.

But more than that, I feel spectating at many of these sorts of gravel events, or ones akin to Trans Iowa, at any rate, is not fitting. It goes against the spirit of the thing, in my view. Well, I already said this back on this post. You should read it. Especially if you are in to longer, self-supported gravel events.

Okay, that's all for now, but look for new Trans Iowa posts to start cropping up here more frequently as the day of the event draws nearer.
Posted by Guitar Ted at 1:30 AM