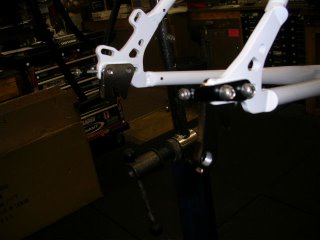 I've been doing some back to back rides on the Karate Monkey and the Inbred 29"er, so I thought I would pass on some more of my thoughts, praises, and concerns to you all that might be considering one of these two frames.


I must say a couple of things regarding the Inbred's sliding dropout system. The first is that I absolutely love being able to open the quick release and have the rear wheel in my hands within seconds! The Karate Monkey's dropouts are solid, reliable as the day is long, and easy to tension the chain with but take waaay too long to let you remove the rear wheel, especially with the rear disc brake. The Inbred is the bike to ride when quick rear flat repairs are a high priority for me. Secondly; the concerns of many Inbred riders for the rear tensioners not being sufficiently strong/ tight enough to hold the tension on the chain is not that big of a deal to me. Some folks have pestered Brant of On One to come up with a solution, and he has. A beefier chain tensioner is now available from On One's website. I had some concerns at first, but I think I know what was causing my problem. 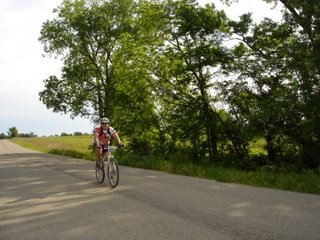 I have ridden my Karate Monkey far more miles than the Inbred and since I am a tinkerer when it comes to fitting parts to a bike, the Karate Monkey has a much more refined ergonomic feel than the Inbred at this time. The Karate Monkey has seen several handlebar, stem, and saddle changes over the course of three years. I now feel I have achieved the almost perfect fit/ feel that I can with this bike. The Inbred has a ways to go in this department. I feel okay on the Inbred, and can ride it for extended periods of time, but the Karate Monkey is almost dead on. I can sit on that bike and say that everything.....well almost everything, is perfect on that bike. As far as the contact points, only the peadals are of any concern now, an easy thing to rectify. I may experiment with crank length next, so it's not just perfect yet, but darn near so!

So, it's really not a disadvantage to having one bike over the other here. It's mostly about what parts are going to make it fit and function better for me as a rider. The frames are both really nice, but I think that the difference in frames might become more pronounced if the fit issues with the Inbred were to be fine tuned like they are on the Karate Monkey. Then again, if both bikes fit the same, the frames might not matter? Hmm...............time to look for another Midge Bar perhaps?

Stay tuned! I'll update this again when I have more to write.