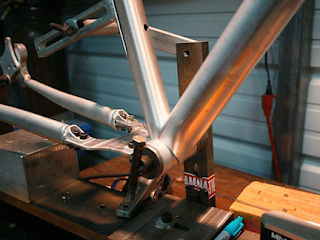 Siren Bikes, led by Brendan Collier, is a custom bicycle company that I have had the pleasure of working with in the past. Brendan is a cool guy and super passionate about bicycles and mountain biking, no matter what the wheel size. I've had the pleasure of talking with Brendan and I admire his hard working attitude and attention to detail. You can check out more on his views in a recent post up now on Twenty Nine Inches. Also, I want to congratulate Brendan on landing Dave Harris and Lynda Wallenfels as part of his World Bicycle relief/Siren Bikes Endurance Team. 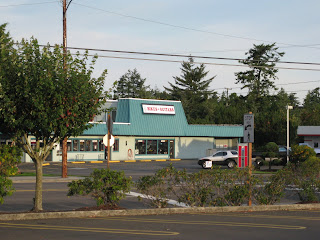 A fellow bike freak sent me this the other day thinking I'd get a kick out of it. It is a bike shop somewhere out west by the name of "Bikes and Guitars". Oh yeah.........that's right up my alley there! 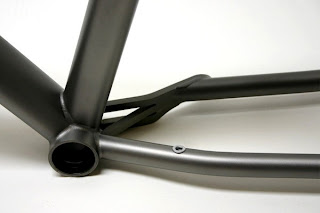 For those that are not familiar, Brant Richards used to design bike paraphernalia for On One, a U.K. based bike purveyor. Now he's doing his own thang called, (for the time being) Shedfire.
He's got this crazy idea to start up his own brand of bicycles and the first fruits of this are seen here. 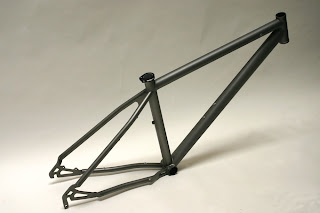 Brant's titanium prototype shown here is a 26"er and looks pretty interesting. He says a 29"er is in the works too. Should be a pretty innovative rig, by the looks of this so far. 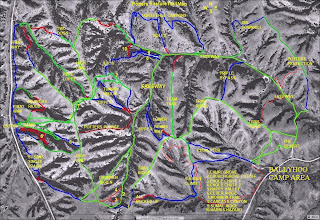 <====Look interesting? You could ride here!

I was forwarded a map of the Potter's Pasture area out near Brady, Nebraska which will be the site of the next Big Wheeled Ballyhoo. This will happen October 10-11th.

For those of you who think Nebraska is flat, well........this should help dispel that myth!

I hope to get out there sometime soon to do a recon/planning mission. I'll be sure to get some photos and descriptions up once I come back, but so far this is looking pretty rad! Details are being hammered out now, s look for more info soon.
Posted by Guitar Ted at 1:00 AM