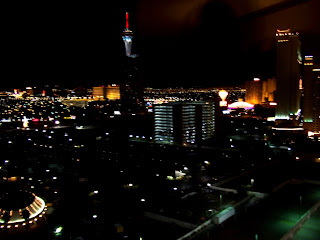 Back in September I wrote this missive about Interbike's planned move to Anaheim, California from Las Vegas, Nevada. Woo hoo! We're goin' to Disneyland! (Or so I thought) Of course, I thought that from an industry perspective, it was an odd, if not a downright suspicious move that would produce poor results. I ended up saying the following:

"In the end, at least for now, we'll show up in Anaheim next year and find out what, if anything, really changes."


In a stunning, but not completely surprising, move, Interbike sent out a press release stating that "they had heard the voice of the industry" and had reversed their decision to go to Anaheim in 2011.


What does this mean?


Well, it is certainly a reaction to "the industry" and I'm betting certain facets of "the industry" helped this decision along. What those "certain facets" are probably will never be publicly revealed, but there are a few things we do know for sure that certainly played a smaller part in moving the show back to Vegas.


For one thing it was it was very unpopular with many distributors, manufacturers, and most importantly, the independent bike shop folks. Yes- the very same people who wanted out of Vegas didn't like the move to Anaheim. Why? It doesn't make sense at first, but when dealers have to leave their stores in the selling season, and go all the way across the U.S.A. to a more expensive venue, well, it didn't play well in Peoria, let's just say that!

I'll get back to the independent shop folks in a moment, but it was also obvious that manufacturers and distributors were a part of the negativity as well. Knowing that the independent shop owners were probably not going to show up, they had no real reason to support Anaheim either. Besides the fact that an entirely new infrastructure for the Anaheim show would have to be developed and learned, which would have been a burden to them.

So, we're going back to Vegas. The place that everybody seemingly was grumbling about, wanted no part of, and wanted to leave behind. So, what is the deal here?

The "Why Vegas again?" question is really just not the right question. Remember when this whole story broke? There were actually two cities under consideration for Interbike. Anaheim, which eventually got chosen, then spurned, and Salt Lake City, Utah. There were a lot of folks digging on the Salt Lake City option, but it never really was in the running, from what I can tell. And besides, both Anaheim and the SLC were the wrong answers to the question of where Interbike should go. There is a better answer, and everyone knows what it is, but it seems to be the "pink elephant" in the room that everyone is trying to ignore, but is so painfully obvious it hurts.

But you will never here that "answer" now. Not for several years anyway, is my guess. Nope! We're headed back to slimy ol' Las Vegas, and that's probably where we'll stay for several more years to come. Even though the independent bike shops would probably come out in droves for this Denver venue. It is centrally located, has a major airport which is a hub for several airlines, and has hotels and motels along with a nice venue for the show. Still, that all doesn't seem to matter.

Too bad. I hear the Front Range has some stellar cycling in September. Oh well.......
Posted by Guitar Ted at 1:00 AM

You would love mountain biking around Denver. Maybe they will wise up and change in the future for you guys!

Have a great fall and keep up the great recon on TI - you guys are awesome!!

not a fan of gambling and gross excess

A-Freakin'-men to Denver. The riding there is fantastic, and the drive [key item] is an easy day trip. I'd go if it was there.

Well, at least I know a good bakery in Vegas.

I always enjoyed going through Denver each week in the rig (in my long haul trucking dayz),and liked looking at the circus that is Vegas at night (while driving through...NOT stopping)...sure wish I'd had chance to ride some there (Denver),looked like an uber kool scene from what I saw =)