All right, I have some explaining to do. First off, if you have been on Facebook and you have seen this image on a t-shirt, I want you all to know that I had absolutely no input on this. It was all the brainchild of one of my volunteers, so as far as the image goes, it was never my intention to have my face on a t-shirt. I wouldn't do that.

I also have to point out that the image used was from a photograph by Jason Boucher, and that I have no idea if he was contacted or asked if this was okay to do. So, Jason, if you see this, I didn't have anything to do with this idea. Trust me, I would have asked you first. No......I take that back. I wouldn't have asked because I would never had requested that my face be on a t-shirt. But maybe that's just me. Apparently, it is.......

Now, with that all made public, here's the intent behind the shirt. My volunteer, who had the idea and did this, was thinking since volunteers are coming to help with T.I.v12, that something on a t-shirt indicating these folks were volunteers for me would be fun. The shirt idea was meant to be a fun thing only for the volunteers and the riders that would see them. Okay. Fair enough. I get that.  A few folks would have these, we would all have a laugh, go home, and it would all go away. Right?

Well, since it got posted by my volunteer to Facebook Thursday, a fellow rider and entrant to T.I.v12 thought it would be good to put it out there to have a group buy in on these for certain riders that were interested. Because.....trust me on this....the t-shirt idea has struck a nerve with some folks. I know.......it's my face...but for whatever reason, some folks are kind of going gaga about having this on a t-shirt. Okay......that's weird, but whatever. Maybe I have a hang up about stuff like this. Again- I had nothing to do with this at all other than green lighting an idea for a t-shirt for the volunteers that I was told would be a surprise.

Boy howdy! Was it ever!

I just wanted to set the record straight on this and let everyone know that if you see this image on a shirt somewhere, you'll know the story behind it all. You know.....The story of the completely narcissistic race director that was so full of himself that he authorized t-shirts to be made emblazoned with his own image. Yeah......that story! #sarcasm

Finally, I am in possession of the original run of these shirts now and I am carrying out the will of their creator to have volunteers get these for the event. If they want them...... Again......I find this really weird. Okay, nuff said.

A few days back I mentioned some of Trans Iowa's great sponsors. I forgot to mention a couple. One is BarYak.com who do mostly handle bar solutions for bike packers. They decided to get into cue sheet holder after seeing how many riders were homebrewing solutions or just getting by with sub-par hacks. The new prototype Q Holder from BarYak solves many of the issues for longer, self supported cyclists by making a sturdy, stable platform for your printed maps or cue sheets. Trans Iowa has two of the very first ones made, and they will go to two random riders at the Pre-Race Meat-Up.

Then we need to mention Velocity USA who are supporting T.I.v12 with a Bottle Trap for each racer. I use Bottle Traps on many of my bikes and have found them to be secure, durable, and they do not mar your bottles.

Please be sure to go to these sites, send them e-mails, and tell them thank you for being such great people for supporting grassroots gravel racing. Thanks! 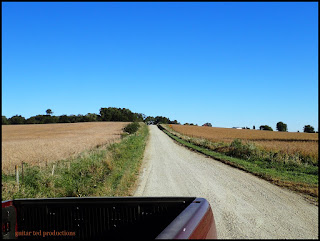 By the time most of you wake up today to read this over your coffee I will probably have been to Checkpoint #1 and beyond tracking next week's Trans Iowa v12 course.

Wally and George are in Iowa helping out by navigating by my cues and telling me if they make sense. Then too, if we find anything amiss, we can possibly find a work around, or reroute a portion of the course. This could happen if a bridge is closed, or a road shut down. I haven't been out there since October, so anything could have changed since then. Hopefully it has not, since that would make life difficult with only a week to go, but if I have to, I have to. The show must go on.....

Anyway, if things go well or not, there will be a final course report coming. I will detail the conditions of the roads, what the route plays out like, and give you my final comments on the course. There will be some images, of course, and the story of the day's travels.

The weather is looking really, really good for Trans Iowa v12. maybe too good. Like "too good to be true" good. Mid-70's, sunny, and dry. I suspect that it may be a lot like T.I.v9 which was about as good as it has ever been for a Trans Iowa. That one wasn't windy. This one might be. We will see.

At any rate, I think sun screen and hydration may be the buzzwords of T.I.v12.
Posted by Guitar Ted at 1:30 AM