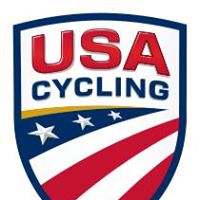 USAC Gets A New Director Of Membership

I came across an interesting podcast the other day with USAC's new Director Of Membership, Lindsay Goldman. She used to run a professional women's road squad up until recently. So, why should I- or anyone else- care?

I have stated here several times how gravel events have helped to erode the base of membership for USAC here in the US. It is no secret that USAC has lost thousands of dollars- perhaps millions- in membership/licensing monies over the past three to five years as the rise of gravel events, the fear of riding the road, and ambivalence toward USAC has grown.  Lindsay Goldman has been tasked by USAC to revert this trend. In fact, she states on the podcast (linked above) that her mandate is to grow USAC membership by 50%. (!!)

That's a stout figure and a big mountain to climb. I was hooked into skimming over the podcast to hear if anything gravel related would be mentioned beyond the typical roadie affairs. There were a few mentions, and from these, I think we can draw a couple of vague conclusions. Goldman wasn't overtly pointing toward gravel riders and events as a means to gain that heady goal set before her, but I think gravel events are definitely on her radar, and thus, USAC's as well.

A question about NICA, the highschool MTB league association, and whether a road or gravel equivalent might be started by USAC, led to this comment from Goldman, "...don't know what the plans are for that. I know people (within USAC) are talking about that."

When Goldman spoke about how she would transform USAC through membership drives it was clear that she was detailing how USAC wants to shed the perceptions that it is a "road cycling/racing based organization only" and move perceptions towards USAC being the "community leader" when it comes to all cycling issues- transportation, recreational, and participation in cycling by minorities and women. She summed this up by saying, "If we (USAC) can be not just the national governing body, but the primary highest level community in America for uniting cyclists, and encouraging participation, and looking after the interests of cyclists, I think that's where the organization (USAC) wants to go."

Obviously, this includes gravel cycling. In fact, as an aside, Goldman mentioned she had signed up for "several" gravel events in 2020. She mentioned that she wouldn't be "racing" but enjoying "just being out there", again enforcing the idea that USAC wants to shed the "roadie/racing only" perceptions it has outside of road racing.  You can bet that she, and USAC in general, will be eying what makes gravel events tic and how USAC can get involved.

I think I've also mentioned that I have heard that in January USAC has a meeting planned where they want to talk with event promoters and riders involved in gravel events. You can bet that if this is true, the "big" events and "influencer" type riders will be the ones called to the table. But what about the grassroots event directors and folk? I'd be really surprised if that type of promoter or rider was invited. I'd be very surprised if that were the case.but, however it goes, this USAC thing bears watching. Stay tuned........ 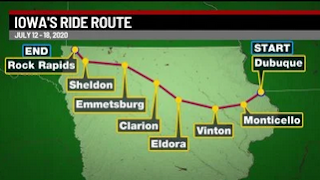 In case you missed it, RAGBRAI isn't the only game in town anymore when it comes to Iowa based, week-long recreational rides. That bomb was dropped when in October the entire RAGBRAI staff quit and announced "Iowa's Ride", a mirror image of what RAGBRAI is, and in more ways than one. The route, announced this past Wednesday, will be an East to West route, not the traditional RAGBRAI West to East.

Originally the Iowa's Ride was going to occur at the same time as RAGBRAI, but when RAGBRAI didn't fold up and blow away, the dates were changed so that Iowa's Ride will occur the week before RAGBRAI. Of course, this sets up the possibility for the "IR-RAG Double", where you start Iowa's Ride, go West to the end, find the start of RAGBRAI, and go back.

Whomever has tags from both rides in the same year will have the upper hand in Iowa cycling bragging rights at bars and on Facebook forever. Think of the possibilities!

Honestly, they should just fold both rides into one, make it a true competition/fondo, and call it The Tour Of Iowa, and be done with this duality mess.

Tuesday's post dubbed "End Of The Year Scheduling" elicited several responses from readers saying that they didn't mind my going over my bikes here during my retrospective December postings. One reader even suggested that I write about my guitars like I have before (just search the title "The Six String Side" and you'll find all those), but there is a problem there. I've already covered all the guitars I have. In order to do more there, well, you know........I'd have to buy more guitars! I'm not sure Mrs. Guitar Ted would be down for that. Maybe I'll have a look at her guitar. It's pretty nice......

So, at any rate, I'll squeeze in a couple detailed posts about the bikes here. Likely I won't do all of them that I used in 2019, but the significant ones- yes. I'll try to squeeze those in. As I stated on Tuesday, I will be doing a little extra this December as it is the end of the decade and I wanted to touch upon that as the year closes out.

That's all I have for this week. I hope that y'all get some "Turkey Burn" rides in, and that y'all have safe travels from wherever you are to wherever it is you are going.
Posted by Guitar Ted at 1:30 AM

What about amplifiers? An electric guitar isnt much without amps? Whatcha got? Are you an effects pedal person, or straight into the amp? Who are your favorite modern players?

@rth009- Ah! Great suggestion. I actually did do a pedal post, but I have swapped out stuff on the board since then. Actually, I am more a straight into the amp guy, but with the "no amps on stage" scenario I have to deal with at church I am relying more on effects. Bummer that, in my opinion, but it is what it is.

USAC can eat a big ole bag of cocktail wieners. They are seen as the racing organization because that is what they are, they aren't just road as I've had to pay for a one day license to race mountain bikes also. They are probably considered roadie because they have too many stupid ass rules and they act like a bunch of douche bags when ever they think someone is having fun outside of their "rules"... If Pros are going to ruin gravel, this is how it will actually happen, with big rules and higher race entries to pay USA Cycling. Different face but same agenda, collect all the money and bring back all the dumb ass rules. Gravel racing was born partially because people got tired of organizations like USA Cycling, most folks don't want to pay their fees or abide by their rules.

@Rydn9ers- To your point in your comment about race fees, piles of rules, and just the lack of freedom to do as one wills, I agree. One of the motivations for the gravel scene as we know it now was that one could do whatever they wanted in terms of all of those things.

I think there are two camps- One that wants a pre-packaged "experience" where there is a vanilla set of rules, a bunch of hoopla to make you feel "special" and a bunch of influencer type folk, Pro racers, and marketing around the event, so one can say what they attended was the "BEST THING EVAH!" in cycling, so one can have that feather in their cap. USAC may appeal to that sort of rider.

Then there are the rides, the group rides, and many events with no pretensions, basic rules, and low fees, if any, which will appeal to everyone else. Both things will exist together going forward. People will forget that the Dirty Kanza started out as a true, simple, basic grassroots gravel event. People won't see events that still are simple and down to earth as "real races" or events because they don't fit their description of what the perceive as being "legitimate".

It's unfortunate that it likely will go that way- to a two class way of looking at events. But when you are paying upwards of $300.00 to do 200 miles of gravel, or $140.00 to do 100 miles of gravel, well, certain folks are getting priced out of those events and the barriers to less well heeled cyclists are hard to ignore anymore. Granted- those high falutin affairs are in the minority now, but if USAC comes a knockin' they won't be. At least I don't think so.