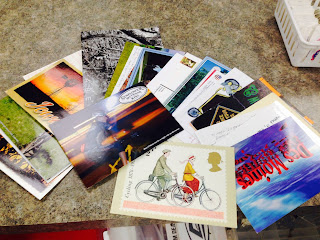 "Trans Iowa Stories" is an every Sunday post- (except today!)-  which helps tell the stories behind the event. You can check out other posts about this subject by going back to earlier Sunday posts on this blog. Thanks and enjoy!

Note: With some events announcing registration this week and with a peculiar requirement from one, I thought it would be a good mid-week bonus post to talk about my philosophies on registration, who could get in or not, and all in relation to Trans Iowa versus other gravel events.

Now it has to be said that with only 550 unique individuals that ever were in Trans Iowa over 14 events, it is obvious that it was a hard race to get into. I want to make this distinction about Trans Iowa though- while I rewarded experience, winners, and people who were loyal, I made room for absolutely anyone else that wanted to try it out. That was not a very popular position amongst many folks that commented on Trans Iowa throughout the years.

There were grumbles throughout the years that I was "wasting spots" on riders that weren't worthy of trying a triple plus century in potentially tough conditions. They thought there should be some sort of seeding system, or that riders should have to show some sort of resume' to me to gain entry if they were a "rookie" to the event. Obviously, that never happened.
My take on it was that while there could be some folks that may get in that were over their head, (and that happened every year), at least they were getting their feet wet and were learning. Sometimes these folks were coming back and eventually overcoming the challenge. Sometimes no one had any idea who this person was and they slayed Trans Iowa on their first attempt. Who knows who is going to be which? You find out by giving them a chance. That was my take on how I dealt with rookies.

Now with the way things went, I ended up having to go with a lottery, but I tried to keep it open to rookies, and I think I did that. It was a tough job to balance things out. I think I managed it pretty well. Some folks got in that never finished a Trans Iowa, but I know that their experiences were rich, life changing, and that friendships were forged. That's worth letting someone in that maybe 'was just taking up roster space' in someone else's eyes. And again- for the umpteenth millionth time- Trans Iowa was never the event that could handle vast amounts of people in one shot. I mean, most "big time" gravel events eclipse the number of folks that did Trans Iowa in 14 years in one single event.


And other events do things however they see fit, but increasingly I see lotteries that exclude, not ones that include. I see "so-called-lotteries", which I am going to bet are actually selection processes done behind closed doors in a way that only the race directors know. And now we see out-and-out application requests, much like what was asked of me for Trans Iowa back in the day. I don't like this new trend at all, and fortunately, most gravel events do not handle things this way. The ones with a ton of marketing, high-brow "influencers", and former Pro road racers seem to be making a LOT of noise, rendering the direction of the narrative to be skewed toward them. But listen, it isn't true, it isn't true to gravel's roots within the last 20 years, and in my opinion, those races aren't "gravel grinders" anymore. They are something else altogether. Here's something I wrote back in 2016 about gravel grinders:


" People come to these gravel based cycling events and they know they will be accepted. They know that there isn't a hierarchy based upon classes, points, categories, or what have you. People understand that you can show up on a Schwinn Collegiate converted to single speed and get the same amount of respect and acceptance as a guy on the latest Open Cycles UP rig. People understand that if you need help out on the course, someone, or five, will offer you assistance. In the gravel scene, there basically is only one rule. That is, "Don't be a dick", to put it bluntly. It seems to have been a widely accepted, respected, and followed rule, as far as I can tell."


Trans Iowa folks always held to that rule whether you were a rank beginner or the guy that won the year before, or anyone in between. In my event I wanted registration to reflect this. I wanted a wide variety of folks and with all sorts of skill levels present. One story I will share here reflects this.

I used to lead a local weekly gravel event. I had "one last ride" in November of that year, and only two people showed up to ride. They were a couple, two women, and one was on a Next department store bike and the other was on a 70's era Kubuki. We went out, slow- but we went out, and I tried to make the ride the most fun that I could. Later, after I had regaled them with some gravel stories on the ride about Trans Iowa and other events, they asked about getting into Trans Iowa. Now they were about as "rookie" as it gets, so I went about giving them advice and whatnot. Whatever ideas I could share with them, I did.

They made it through the registration, and they then committed to training. One of the couple had gotten a good, sturdy bike for Trans Iowa, and she wanted to get her partner a better bike, but money was an obstacle. So, I had a bike and made that obstacle go away. They were set. They had a goal- to reach Checkpoint #1, and they did due diligence and showed up for Trans Iowa v9. Just the fact that I saw them making the start line filled me with immense pride. But you know what, they made their goal too.

If that isn't winning, I don't want anything else to do with gravel grinding events ever again. Trans Iowa was always as open as I could make it towards all skill levels, and in my mind, that was what gravel grinding as a genre' should have been all about all along.


Thanks for reading this "bonus" Trans Iowa Stories post. I'll have another one coming Sunday, so stay tuned.

Awesome post, Mark. This philosophy is what created, nurtured and built the gravel community. And what will keep it going long after the big production events fade. Thank you.

Completely agree on all points.

I wish the processes, slots, and attitudes were real. I believe wholeheartedly the selection process of modern events is a sham. Why else does Bike Reg exist?? I showed up to a number of events this year via word of mouth. There were a few I legit signed up for under Bike Reg, but failed to win a slot. There were two instances which I failed but later received an email and phone message- to which I can only assume someone pulled out- that an op opened, if I wanted to shell out the fee plus additional. I had another odd event happen where I was emailed asking to validate my participation in a previous event in order to participate in the current one unrelated to the previous. That one was just plain odd. I did not respond, and continued to received a number of emails stating I could not participate without a recorded record. The events at which I just showed up for were not welcoming until I explained I live on my bike. I honestly think the event holders thought I was some social media giant who would bring eyes their way. I strongly suggest folks pay attention to these events scamming folks by creating false demand with "limited" slots or "exclusive" signup times super early, and they end availability in an unreal fashion to only months later to do the same thing again doubling the number. They even run an offer just before the event. It is called marketing I guess. I say scam.

I've always considered the TI registration process fair and open to everyone. Anyone who questioned it doesn't truly know you. Last year, for Wind and Rock, we selected our field based on random number generation, and that determined who got in vs who was waitlisted. This year, we gave preference to people who started last year, and then lottery everyone else. With the registration numbers, we opted to just let everyone in who signed up. Next year, who knows.