Hey Everyone! Here's our next Virtual Turkey Burn Ride Report! This time it is from Jon Duke, of Grinnell, Iowa. Jon may be familiar to some of you as a gravel rider and the man that did the images for the last two Trans Iowa events. Jon also helps promote weekly rides in Grinnell and the annual Prairie Burn 100 event in Grinnell.

Now on with the report!

"Thank you so much for the subtle kick in the pants to do a longer ride this holiday weekend. I definitely rode farther this weekend with that as a motivating factor. "

Ride details: "63 mile ride from Searsboro to Oskaloosa and back. Planned the route with Ridewithgps and during the ride only looked at the map/cues- no time, distance, speed, heart rate, time of day or anything like that. Just focused on living in the moment and not worrying about anything else."

" Only negative was a high stakes encounter with an enormous mastiff outside of New Sharon. I stopped, dismounted, walked by the barking giant with my bike as a shield while I spoke kind words. After I passed the edge of the property I thought I was safe to remount but the dog then took chase and it took every fast twitch muscle fiber I could find to get out of the way of his mouth. I will now remember my pepper spray when I am traveling on unfamiliar roads. Overall an absolutely fabulous ride, especially this time of year."

Thanks again for putting this on!
Jon Duke

Comments: As I stated in the opening paragraphs, Jon did take images for Trans Iowa, and he is a talented image taker. Following are some more of his images from his ride over the weekend. 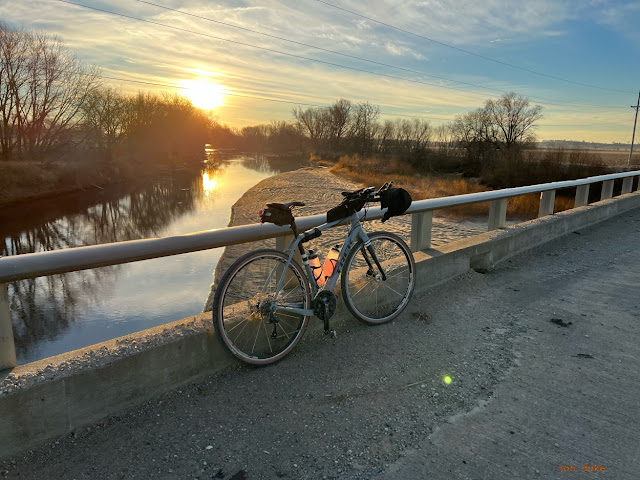 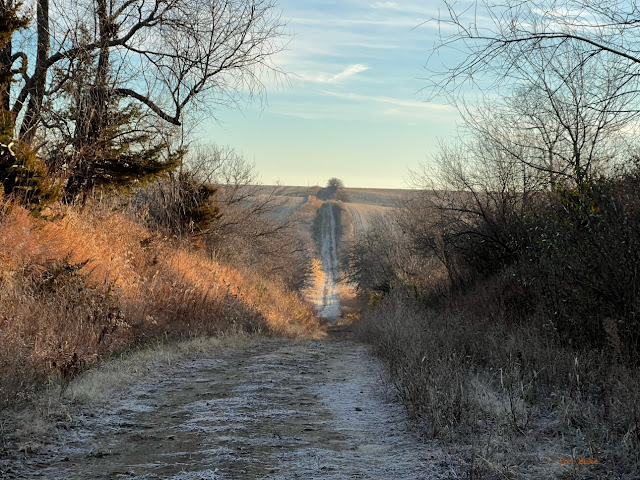 I've no idea on the locations for any of Jon's images, but that Level B Maintenance Road is fairly typical of the Southern and Eastern parts of the state of Iowa. So, you shouldn't have a lot of trouble finding something along those lines to ride, if that is your thing.

Here's a resource for Iowa roads by county. If you use the "colored PDF's", the green roads indicate dirt. Have fun, but keep in mind that these maps are not 100% correct either, especially when it comes to the status of Level B Maintenance Roads. Anything that has been reverted backward to Level C is not open to the public, despite what some cyclists may believe. Here is a post I wrote explaining that.

Thanks Jon for that report and for letting me know that the Virtual Turkey Burn Ride was a motivation for your ride that you shared with us. That means a lot to me and was just what I had in mind when I put that challenge out there.