Closing One Door- Opening Another 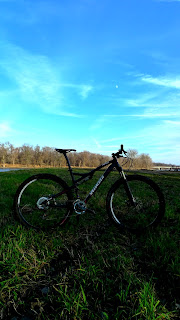 As the seasons change and the year comes to a close, there are several things that I am reflecting on in regards to 2010. The past year has been amazing. However; it's time to start looking ahead at next year and what I need to do now to make some changes.

One of the things I want to start on now is getting a winter ride/training/discipline thing going on so that when it gets nice in the spring I won't be such an out of shape rider. And there are some "carrots" in the form of some rides that might possibly go down that are motivating that. (Notice I didn't say they were races)

Some of the things I have done I won't do anymore, and that to simplify my life. I admit that I have been sticking my fingers in too many things. I will still be involved in some major stuff, like T.I.V6, of course. But there are some things I've done that are big time energy sucking things that are going to get cut loose next year. (And in fact- some have already been cut loose)

Mainly I just want to ride more than I have and do it better. Will there be a race? Maybe. I don't much care if there isn't though. I just want to do this cycling thing better than I have, and certainly- there is room for improvement. I have to be balanced in life as well, with the family, being a husband, and working. It won't be easy.

But nothing good or worth pursuing ever is.
Posted by Guitar Ted at 1:00 AM