Fall Views: Something A Little Different 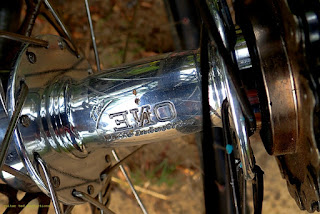 Saturday I decided that 25mph Southerly winds were not going to be conducive to being out on gravel and having anything that approaches 'fun'. So, I decided to do something I haven't done in months- go for an off-road ride. Yep! I grabbed the OS Bikes Blackbuck and headed for the Green Belt for a quick jaunt into the woods where the wind was not able to get its searching fingers around me.

Plus, I have a 'plan' for something coming up- possibly- that may require the use of the Blackbuck. I cannot say more than that right now, but if this actually comes together, I think a lot of  minds will be blown. It would be rad. But we'll see.......

Anyway, the single track promised to be super dry, and since we hadn't had much rain at all since July, the sometimes flooded Green Belt would be at its driest overall, and it was. Traditionally wet areas where you have to get off and hike-a-bike across were all completely dry or very rideable. This was a super rare occurrence. Maybe not since four or five years ago has the Green Belt been this dry. Fortunately the Blackbuck is sporting some voluminous Kenda Honey Badger tires which I aired up (with tubes) to 20psi and that took the edge off a lot of the rough bits.

I was thinking of running the Fargo with its new Extraterrestrial tires, but with Fall and winds come sticks. That means derailleur removing events are a distinct possibility. Single speeding takes that out of the equation. Once I got out there, it didn't take long to see that I had made the correct choice. While I may have gotten through just fine with a geared bike, why take the chance, especially when the terrain keeps you in one gear most of the time anyway.

I decided to go check out my old trail, Marky-Mark, which is one of the rare bits of 'true' single track in the Green Belt. It was all rideable, as long as you can bunny-hop a downed tree here and there, and it was pretty clear in the tread at least. I could see where the Summer growth maybe had made this trail less than desirable to ride, but the recent spate of dry and hot weather has accelerated the die-down cycle of the underbrush. This has made the trail okay to ride through again.

Normally every year I do a 'pilgrimage ride', a mountain bike single track tour of the Green Belt that I do almost every Fall to see the colors of the season. I decided to count this  ride as the one for this year. Why? Because I think this one beats all due to the fact that the situation with weather has kind of blended Fall into the back-end of Summer so well that we are getting late Summer flowers along with early Fall tree colors. Generally speaking, the two events are exclusive. 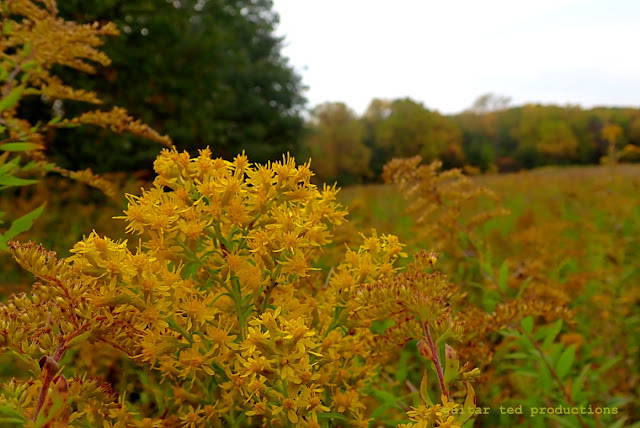 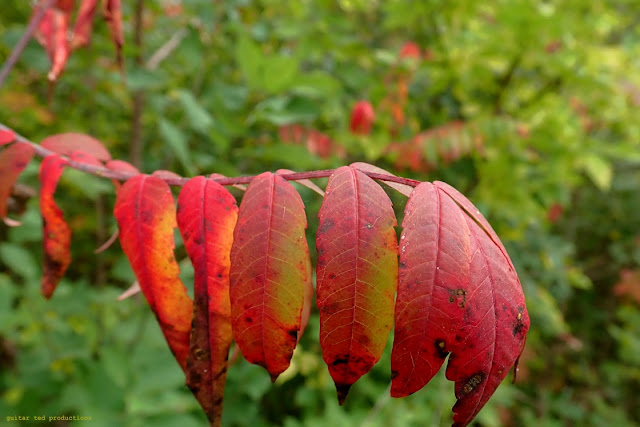 So, that was a fun, relaxing ride. I thought perhaps I may have forgotten my off-road skills but I shook off the rust fairly quickly and was carving turns as always when I felt like it. The day was warm. Perhaps the last Summer-like day we will have in 2020. Next week things will turn much colder and I suspect stay cooler until Winter begins to creep in. It was a good season of warm weather riding this year. This ride was a good way to cap that off.

But now coats, wool jerseys, and gloves will be getting dug out, freshened up, and put out where I can find it for the cooler weather rides that are surely on the doorstep. I'll be wearing 'shoulder season' gear and getting used to the constrictive feeling of pants again. Oh well.......

At least I am able to ride, right? I shouldn't complain.

Looks like your leaves are well on there way!

Good to see ya out on the O.S. Blackbuck.