Another Stab At It

2013 Odin's Revenge- Hotter n blazes. Did a 100 miles of a 180 mile course and parked it for the day. Just wasn't up to snuff. 2014 Odin's Revenge- Rains hard the evening before. Copious amounts of muddy Minimum Maintenance Roads in the first 40 plus miles puts me too far behind to make cut off times for the checkpoint. I decide to "self-extract" and ride back from CP#1. 80 miles or so later, back at the start and done again.

That has been my Odin's history so far. I'd like to add the words "finished the course" to that history, so I am going back to give it another try. To get into the event, you enter by post card. I have drawn my own post card all three times I have attempted to enter. This is my card that is "in the mail" right now. My idea for this year's card was inspired by my previous two attempts.

Obviously the "road" is soupy. That's a reference to last year. The Sun in the upper right hand corner, casting it's "rays" down onto the road is a reference to the year before. What will this year be like?

Tough. Odin's is just a tough course. It won't matter if it is hot or cold, it will be tough. It won't matter if the Sun shines or it rains, Odin's Revenge will be a big challenge. I just have to get as ready as I can before I get out there. I will have had the Renegade Gent's Race and the Dirty Kanza 200 before this, so I should have a handle on my fitness by this time, I would think.

Following are some images from my first two Odin's Revenge attempts, in case you were thinking Nebraska is flat or something....... 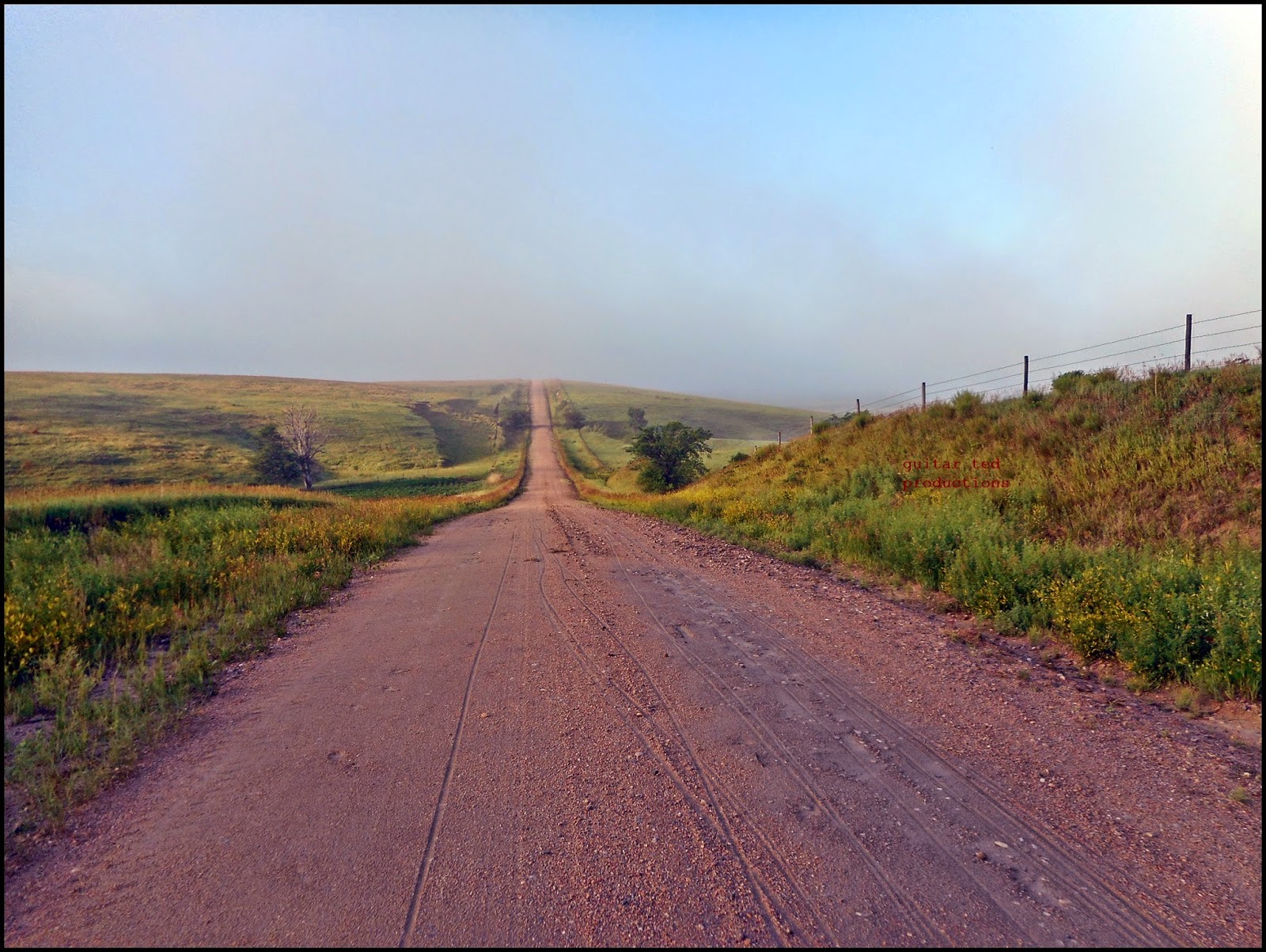 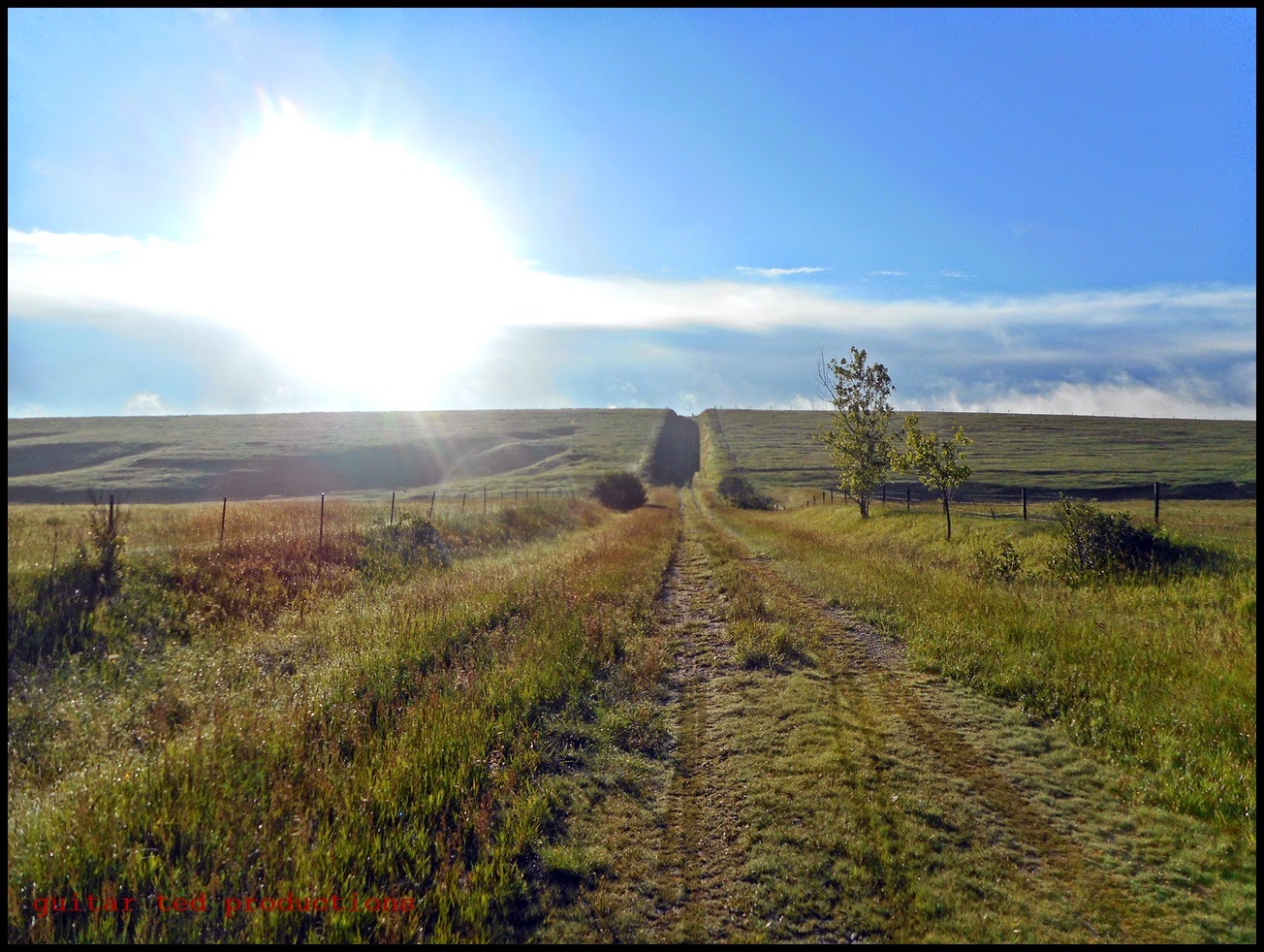 So, yeah.....it isn't what you might expect out there. They have some mighty tough, beautiful. raw terrain and the roads are fantastic. Anything from traditional Mid-West gravel to crazy, almost-not-there type roads. I can't wait to throw myself at these again and take another stab at Odin's Revenge.
Posted by Guitar Ted at 1:30 AM

I'll be back to avenge last year's failure too... We can do it!!

I'll be back to try the long course this time. Can't wait to suffer with you gents!

The prairies are incredibly beautiful. I live at the mountainous west coast now but never tire of return trips to the "flatlands"!!

@Daniel Lemke:Thanks!! I blame it on the water in my home town when I was a kid. ;>)