What: A "no-drop", casual ride on gravel roads and maybe even some Level B stuff for anyone. This is NOT A RACE. It is a great introduction to gravel riding and will be EASY PACED. That said, there will be hills, and the terrain won't be a cakewalk, but this ride will be encouraging and not too long. expect about 40 miles or so.

Where: This ride will start in Grinnell, Iowa, in front of Bikes To You on Broad Street and end back in Grinnell. The ride will take in the countryside around Grinnell in Powesheik County.

When: Saturday April 11th, at 8:30am sharp. Meet in front of Bikes To You at around 8:15am. The ride should be over by between 1pm and 2pm depending upon the speed of the group.

Why: The Geezer Ride was conceived as a ride that would cater to the less intense rider, the rider that wasn't going to do a metric century gravel ride, but wanted to taste what it was like to be out there. It was made for conversations, stopping to "smell the roses", and most of all- to have some fun.

More Details: There is no "registration", per se', but if you would be so kind as to indicate your intentions by either e-mailing me (g.ted.productions@gmail.com) or by leaving a comment here, that would be great. This is a casual, non-competitive ride that anyone with a well maintained bike and a willingness to have an adventure is welcomed to join. Be prepared to have a water supply, food to eat, and a camera to take pictures with. There is NO SUPPORT and each rider is considered to be on their own excursion. You are responsible for YOU! 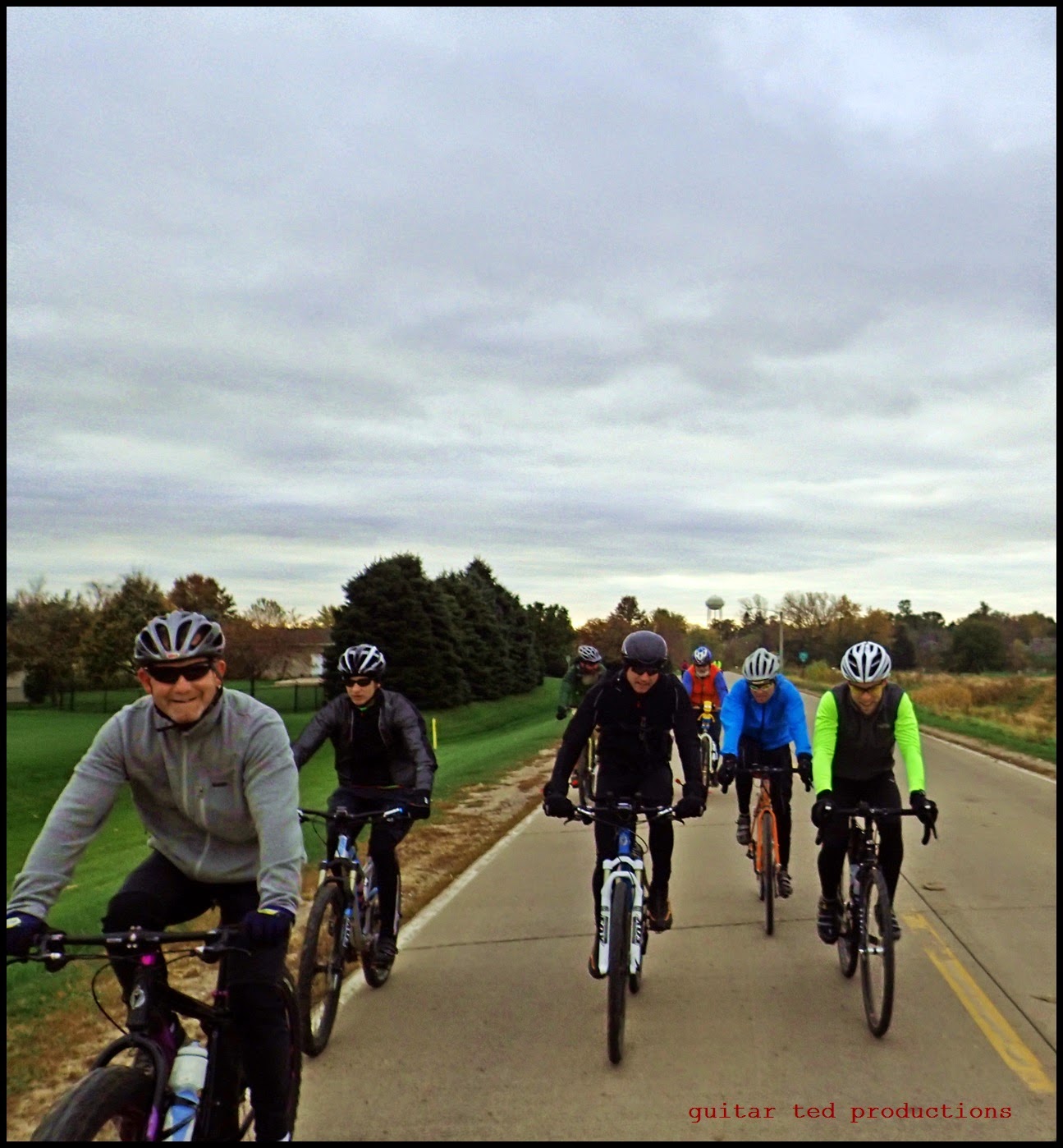 There will be a little pavement getting out of town, but expect most of the roads to be gravel and possibly dirt, depending upon if I decide to use a Level B road. (Hint- I most likely will) It will be early Spring in Iowa, so be prepared for chilly temperatures, a rain shower, and mud guards on your bike might be advisable.

The course is yet to be determined, but it won't be longer than 40 miles and it will be hilly. Again- it is a no drop ride and we will stop to gather up the group whenever it gets strung out. Navigation will be by the ride leader, (myself), and one extra set of cue sheets to whomever wants to stay with the slowest rider, just in case someone is really having a hard time and needs to rest. In other words- no one is going to get lost!

There might be a small town stop mid-ride, but don't count on that.

Post Ride Festivities: Part of the plan for these "Geezer Rides" is to socialize after the ride is over. If you can stick around, we will be hanging out somewhere post ride for food and beverages depending upon the mood of the group. Grinnell features a few nice choices right down town where we will end the ride.

Okay, for a look back on the first Geezer Ride, go HERE. Otherwise, stay tuned for more coming up on this in a month or so.
Posted by Guitar Ted at 1:30 AM