This is an update to the recon post from last week. I wanted to cover the reroutes and what they have done to mileage over all. Plus I have a tentative breakdown on the three sections, which if you were paying attention were released on the Trans Iowa site last week.

Anyway, one of the reroutes we were forced into since a bridge had been removed. This reroute was done in the field so it is verified and it should not be an issue for the event.

The other reroute was not necessary. I could have left in the originally reconned section, but here are the reasons why I did not leave that section in. I know many of you are automatically going to think the only reason is that the section I didn't like wasn't hard enough. Well, who knows? The thing is even a really hilly section isn't too bad if the wind is raging at your back. Then again, everything could be hard if we have another T.I.v11 situation, right? So, I cannot say I don't like a section due to it being too flat, or whatever. If that were the main priority, I would have a lot more to reroute than I did.

No, I prioritize what makes a "good section" by its usefulness in regard to resupply, technical features, visual appeal, and cultural impact. Hills could be a part of that, of course, but the other stuff weighs just as heavily. So, for instance, if a flat section with easy roads is going through a highly significant cultural or visually stimulating feature, it gets included. A good example would be the High Trestle Bridge which was on the route last time. It wasn't hilly, technical, or hard in any way. However; the visual and historical/cultural impact was huge, so it was put into the course. 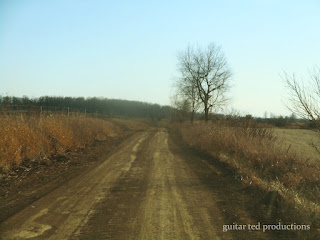 The section I replaced wasn't good in any of my categories. It was just plain "blah", which isn't what I wanted to have. So, I did a little digging and placed the route on roads that should be more interesting. Of course, I still have to go out and look at them. Things may get changed even more after that recon, or maybe not. I don't know yet, but the possibility that my reroute also sucks is there.

Okay, enough about that. The pertinent information most of you want to know now has to do with mileages. I did end up having to add about 7 miles to my previously posted total. Right now I am at 345.2 miles. That's about the longest Trans Iowa ever proposed, if I am not mistaken. I may have to trim off a few miles somewhere else to get it back under 340 again. So, there is that possibility hanging out there as well.

But, if everything were to be a go the way it sits now, here are the mileages to checkpoints: From the start to CP#1 will be 44.2 miles. There will be a time limit to get there and I am thinking like last year it will be  8:30am. Then the distance from CP#1 to CP#2 as it sits now is 163.7 miles. That's about 30 miles into the event further than I traditionally have it, and maybe that's about what it was last year. So, without modification to that section we're thinking along the lines of cutting off the time to reach that checkpoint at 11:00pm. The distance from CP#2 until the finish line is set at 137.3 miles. Of course, you'll have till 2:00pm on Sunday to get there if you are in Trans Iowa.

I'm thinking sectors 1 and 3 are pretty solid. If I carve a bit out of the route to get under 340 miles total it would be from the middle section. Stay tuned on that front..... It may not happen and this may be what the final numbers are. At any rate, this is as close to gospel as it gets at this point.

Stay tuned to the Trans Iowa site for further updates.....
Posted by Guitar Ted at 1:30 AM