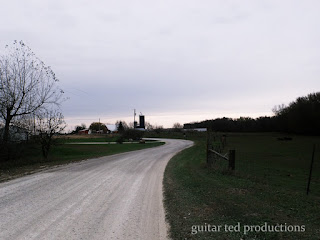 So, when I quit Trans Iowa I said that I wasn't completely out of producing or dreaming up events. I knew I would still be doing the Guitar Ted Death Ride Invitational, and maybe a Geezer Ride, but I also left the door open for thinking up other nonsense. Gravel based nonesense, mind you.

So it was that I was over at N.Y. Roll's house dropping off a wheel set and quaffing a PBR when, suddenly, I had an idea.

"Why hasn't anyone done anything single speed specific for gravel? Why shouldn't we have an Iowa Single Speed Gravel Championship?

Ideas can be dangerous.

N.Y. Roll got a bit excited after his initial confusion about just what the heck it was I was spouting off about, but he was excited in the end. Ideas were bounced around. Grand ideas too. Hard to say that someone of my meager assets could pull it off, but then again, single speed hooligans never need much motivation to get out there and prove that they are never in the right gear. Or right mind, some would suggest, but that's another story.

So, besides some overall crazy idea, here are some ideas we were spit ballin' to share with ya'all.
Now, don't go planning anything just yet. This is just being put out as a feeler for reaction to this idea. Good, bad, or ugly, let me have it. I just figured there needs to be a Single Speed Championship in Iowa. Maybe that's just dumb. Who knows. You should let me know if you know that it is dumb. Then I would know.

Otherwise this will just go into the scrap heap of ideas and never be done. That's all.........

Though I'm not a competitive rider, I think this sounds very intriguing because, it seems to me, riding single speed bikes in off paved settings, are still a thing of current interest. One other class that might be interesting is a "fixed gear" class versus a "freewheeling" class. As a three speed bike fan, I think some sort of gravel based event for that class sounds intriguing. Even the availability of "dingle speed" could be popular. Well, there I go, complicating things a bit more...

I think it’s a great idea. One chainring,one cog, one chain single or fixed. I am all for it and would offer help and support. Yes! Ari

Please do it! Would be a great time.

Craig did something similar this year: http://ridinggravel.com/event/schmidtys-single-speed-shootout-spectacular/

As a long time single speed fan it sounds great. Speaking of retro-grouch, can you imagine 100 miles of gravel on a fixed? It would be like the early days of the Tour De France! That would separate the lunatics from the crazies for sure......

Is there anyway to easily rig a geared bike to be SS for an event? It would be neat to be able to include people that only have access to a geared bike to be able to enjoy SSing. Maybe a zip tie here or there and a separate category for this type of rig. I like GT's idea. And I think it would be great to help geared folks into SSing somehow. Maybe it's impossible. Just spitballing. Josh

May I suggest 111 miles as a nice odd number?

@Al- Hey ya'all! Thanks for the responses. Based upon what I see here there is some momentum for this idea. I want to address all the comments and questions here, but since there are so many, I will put that into a blog post slated for publishing Wednesday.

If you are reading this and you'd like to comment, it won't be too late until Wednesday. So, feel free to chime in.

If it happens, move it to warmer weather, dustiest roads you can string together, and call it L'EROICA Iowa... Lots of white rock roads up there if I'm not mistaken.

Leaving Maine in March to come anywhere is always a great idea. The returning is the nutty part. We will be in full winter mode then. I am sure I could use the Google monster, but what is March weather like out there? Nearby airports? Can I find Rapple brand Scrapple and grits out there?. Maybe add in coaster brake bonus points to points which do not exist.
Wilson

I think this is a great idea to build more interest in going single speed. And if some think it’s a dumb idea then it’s the best dumb idea I’ve heard lately. Now to figure out which one of my single speeds would I use.

I like the idea of an odd number for mileage. Also do a bike check just for kicks!

I like the idea of just the one category, but please allow fixies to be included as SS. Just like TI, one gear only, no dingles or whatever. IMO, allowing cludged up geared bikes will always leave a question mark - did they do it honestly?

That's just about nutty enough to drive out for.

Length seems decent, single speed, self supported, and weather can be all over the map... sounds perfect.

I would sure come up. As long as there wasn’t snow on ground. Or at least the roads.

“Separating the lunatics from the crazies” - I like it.