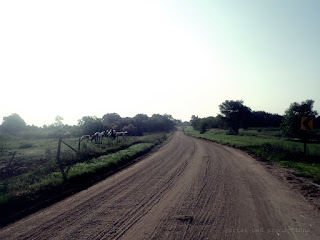 Yesterday I gave a rant about things I observed concerning the DK200 announcement that they were aligning with Life Time for event productions and promotions. Go back and read that if ya missed it. Today I am looking beyond that into the future. Let's dive in........

Ever since I can remember, gravel cyclists have been afraid of the onset of "more rules", more "produced events", and heaven forbid it, a sanctioning body for gravel events. Rules and ways of doing things vary vastly for events, but for a good take on what I mean about the divide between USAC and its ilk and the rest of the gravel scene, see my friend Craig Groseth's post. In that post he points out that "if'n ya don't like it, don't play with 'em." That's been mostly why you haven't seen a big intrusion by USAC into gravel cycling events. People don't like the burdensome past that they represent. But that doesn't mean that something like USAC wouldn't be developed with gravel events in mind. "But", you might ask, "how could that be if gravel cyclists don't want those silly rules and stuff?" Well, in a word, money. But it's a lot more complicated than you think, and it doesn't really have anything to do with event fees to riders.

First of all, let's say you've poured your heart and soul into an event for a decade and a half, spent more time than you can count on it, spent a ton of money on it, and somehow you've come to the end and want out. What equity do you have to draw from for all of those years you've burned up and all that you've served up to others?

Some may be willing to just walk away. Satisfied in knowing they have done good in some way. Others may have to get some recompense for their efforts, so they try to make their efforts give them a return monetarily. There is nothing better or worse in either way. Both are valid ways to go. But let's look at how you might get equity out of an event. You either charge enough for fees to build up a "war chest" at some point you walk away with at the end, or you find a way to pass on the value in your event to another person, group of people, or a corporation. Then you trade your event's value for money, and walk away with that. Now you've gotten something out of it that you can turn into whatever you want. 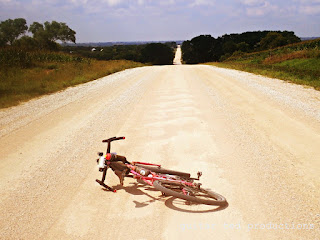 Is there anything wrong with that, as long as you are doing right by your riders that come to your event? I would suggest that the answer to that is "no". There is nothing wrong if your "customers" are satisfied and you get a monetary return for the equity you built up in an event. You are going to see examples of this in the future. This doesn't necessarily mean that you'll see a sanctioning body, but for obvious reasons, if a group of events were to band together under one banner, the participants in that group might be more readily able to draw equity from those events at some point. They would, naturally, want to streamline those events to a degree to help make it easier to provide a structure which is easier to implement at each event and provide for a "great experience" for the riders. Fees could be similar, and benefits could be spread across events to attract riders to stay within your "umbrella" of events. You're going to see this in the future as well.

Another thing that is already happening and that is organized teams with team tactics. Did you notice Panaracer's gravel squad showing up and getting on podiums all across the Mid-West this past Summer? That isn't going unnoticed by the rest of the cycling industry, by the way, and that sort of "cred" and free publicity along with brand awareness in the core group of gravelers is too good to pass up. You'll see more teams, more money spent on them, and a lot more team tactics in gravel races of higher stature in the future.

Does any of this bother me? No. It doesn't and here is why- There will be literally hundreds of other events that don't cater to those highly produced, marketable, expensive productions. I'm good, and with so many choices, I don't mind if I don't have the cache' of having done some "well known, high profile deal". Maybe that is attractive to some, you know.....the bucket list folks, but I just don't choose events for those reasons.

Most gravel riders are in it not to win it, because there can only be one winner, (in each class, that is), so most are coming for some other reasons. I'd wager that many are doing these events because of personal challenge, to push themselves, to have an experience alongside like-minded participants that have empathy for you and your experience. To make friends, to make memories, and to have a social experience that has little expectation other than the folks in attendance be open minded and accepting. Oh.....and let's not forget about riding your bike in cool places all day. That sort of thing is what propels gravel cycling along. Not big purses, flashy teams, high profile athletes, or big time productions in terms of event send off and finish line. Not the gear used, nor the fitness levels of the riders. Sure, some of that happens and will continue to happen, but for the most part, that's not what is driving this scene.

I think it'll all be just fine.

Having just read your post, Mark, I am given to thinking about your "Geezer Rides". I participated in one a few springs back and thoroughly enjoyed meeting the people and geeking out on the bikes they were riding. I found all involved to be friendly, supportive, and no inkling of a mindset bent on racing and dominating the "field". Although my personal performance was lackluster, I got to experience Iowa Chunky gravel, beautiful farm country, and chat a bit with you. I, also, learned a bit about myself and what I should probably do in the future if I would every attempt a similar effort. I hope you continue to be able to arrange similar gatherings in the future.

To a degree the free gravel events are no different than your more typical group mountain or road rides. Somebody develops a course, invites a bunch of people and off everyone goes. The Portland Velo Rides here in the PDX metro area attract between 30-120 riders every Saturday morning for various speed/skill level groups. The Our Mother The Mountain www.omtm.cc guys do quarterly free gravel rides where they provide the route you come test yourself. Recently they instituted a waiver program, more than likely due to an event at one of their spring rides.
The pay-to-play gravel rides are totally to be expected. Just like a mountain bike race, road race, gran fondo, century, etc there are people who want to monetize their event. Be it for charity support, personal financial gain, or something else (or a combo) it totally makes sense. I don't think gravel holds the monopoly on "free" events, people just tend to take your shop rides, weekly cycling club rides, etc for granted because they have been around forever. Just my 2 cents.

Your Oregon situation is not unknown to me. I have had some of it explained to me by those who were putting on the original Oregon gravel races, which had to go "underground" due to legal and other intrusions by the county around 2011. Those events became "group rides" out of necessity because they couldn't have any hint of being a competition without incurring the wrath of the government.

So, there may be some rides that have elements of competition today, which are "free to enter" deals, and aren't very organized, at least in the traditional "event" sense. However; that's not how it was when this scene started here in the Mid-West.