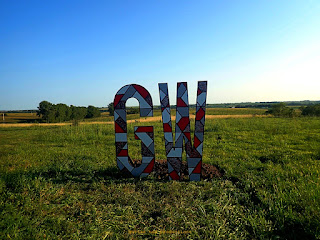 Now that I have wrapped up my race recap, interspersed with a few observations on the event, I will now give a few opinions on the event itself. Keep in mind- the following is my opinion. It probably does not reflect most of what people think, nor does this probably represent the most popular opinions.

So, with that I think it is very important for me to reiterate what I wrote at the onset of this report:

"And here's another 'hot take': What Gravel Worlds is today is right up the alley of what most folks seem to want in gravel events. Yep. You can cry foul all you want, but almost everyone at the 2021 Gravel Worlds does not have any other reference point to judge the event by. It is what it is now, and whatever 'grassroots' is, most of the folks at Gravel Worlds have no clue about that era of the event. They never knew any better. So, it is hard to get that point across to those who attend now, and what's more, they probably don't care either."

"I agree that Gravel Worlds this year took a big step up in production. Whether that’s a good or bad thing probably has a lot to do with which event you participated in, and ultimately what you’re looking for in an event.

During the Long Voyage, as we were riding into the darkness Friday night, several other riders and I were talking about how a lot of ‘old school’ gravel riders are gravitating toward the longer events, simply because there are fewer people. I have to admit that the appeal of a smaller field was strong with me, and while I’m still hurting from the effort, the experience was well worth the work."

I thought a lot about what MG said in that comment and what I had written there as well. I have an analogy concerning gravel events which I will use now to kind of tie all these thoughts into a bow that - I think - will make sense for many folks. It has to do with inviting people over for a small dinner/party.

For me, the early gravel events were a lot like those small, intimate parties you might have with a few close friends. Every party is different. The hosts imbue the party with their own flavor and style. The food might vary, the drinks may be unusual, and the venues rarely are similar. Then what happens if the party is successful? You want to do that again. You want to share that with more folks. The word gets out, and suddenly there is nowhere to park on your street and the food runs out and people don't have enough to drink.

Then you have a decision to make: You either limit your dinner parties to a manageable level, and 'risk' putting people off, or you decide to go 'big time' and accommodate more folks. Then if you do the latter, you start to draw the attention of the grocer, the gas station in town, and maybe even the local authorities who see that something 'big' is going on. They press you to make it even bigger, so they can sell more goods, get more tourism dollars, and garner more attention for the community. Now you have to go to a bigger venue, get more equipment to cook things, more help to do the party, and on and on. Then it happens.....

The 'OG' party-goers don't feel like they have that intimate, close relationship with the event anymore. Heck, even 'professional' party goers are showing up now and taking all the best hors d'oeuvers and drinks! This ain't the party it use ta be!

And I think that, in a very simplistic way, describes what some people do not like about "big time" gravel productions. The thing is, we in America seem to be attuned to equate 'success' with 'how prestigious and big' the event is. An event is not deemed 'successful' if it stays true to its roots. If an event doesn't value growth for the sake of growth, and doesn't care about prestigious participants, it is seen as a backwater event. But when an event cultivates an experience you cannot get with 2,000 riders in the field, it cannot 'grow' in the traditional sense- at least not the way many people seem to want them to grow. Gravel Worlds cannot be the Gravel Worlds it was in 2010 because the directors have chosen a different path for 2021 and the future. Any vestige of what was unique and had a different flavor has been molded out of the event to make room for all the things that folks deem necessary for 'success' in 2021 and beyond.

And no one is 'right' or 'wrong' about that. It is just differing opinions on what makes a thing good. What is not up for debate, however, is that it was the smaller, more intimate gravel events that grew the sport into what it has become today. It is not up for debate that the smaller, more intimate events are what will keep gravel rooted in what made it popular in the first place into the future.  Big time, corporate gravel will exist for a while, but it will not be able to sustain itself. We saw it happen with road racing, mountain biking, and it will happen to gravel events as well. Vote with your dollars accordingly. 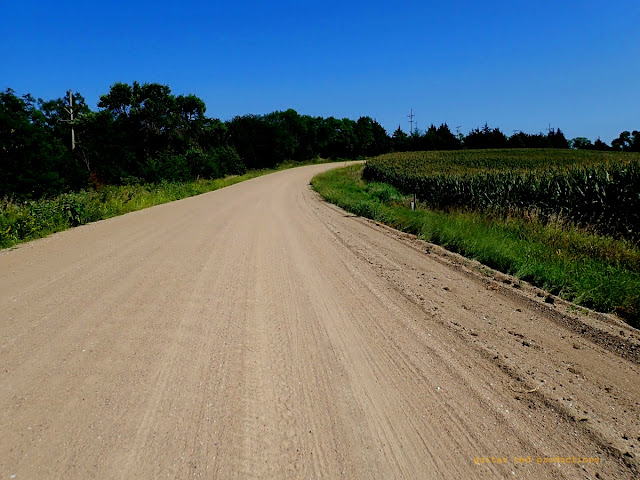 So, with all that prefaced here I will say that I felt Gravel Worlds made a big move toward being equated with events like Unbound, (DK200), SBT GRVL, Belgium Waffle, and others of that ilk. It seems to me that in the process details were left a little ragged. For example: The protocols for COVID were good, but definitely NOT enforced at the checkpoint where I saw no one wearing masks. (They stated that this was a requirement in an email sent a week ahead of the event) The lack of a rider pre-race meeting was a miss, in my opinion.  The use of copious loudspeakers with a constant drone of repeated admonishments instead was an unnecessary intrusion on local resident's lives and was annoying to many race participants. Besides- are you really getting your points across this way, or are you just satisfying a requirement? The "Don't Be Lame" rule was being broken a hundredfold by folks ditching masks and pitching food garbage all over the rustic Nebraska rural roads. Was anyone DQ'ed as the rules warned?

The hype and focus on Pro/Elite riders at the awards ceremonies and less on ordinary folk, like all the people of color I saw, was disappointing. Those were folks who deserved to be celebrated for coming out, but got no mention by the event that I heard or saw. (NOTE: There were a few pre-event Instagram shout-outs) There were some oddities with the Long Voyage, which I will reserve commenting on. The cue sheets sent to riders were definitely not on par with years past for this event. But - you know- with a large crowd, and with how folks attention is directed these days, most folks probably never noticed those things. I admit- I have a unique perspective.

There are still a lot of great things about Gravel Worlds. Many folks likely had life-changing experiences there this year. I had a life-changing experience there this year! Like I said- It isn't like what they were shooting for was 'wrong', or anywhere close to being that. It's just not what I fell in love with in 2009. And that's okay. It is just a different event now - and likely going forward. Hopefully they can tighten up the loose ends and be true to their stated rules and goals in the future.

A Final Gear Review for my Gravel Worlds attempt will be coming soon. Thanks for reading!

I always liked the analogy someone told me about the Mighty Mighty Bosstones. No band ever sets out to say lets just keep it small (yes some do, but go with me), Every teenage or early 20's band wants to make it big. So in the early day they had their faithful, then they make that transition album that takes them up to a notch to a bigger swath of folks. Those faithful remember putting in hours searching for their material, they were there early on, now when an album comes out they have to wait in line with others. In their mind they are part of the band, they grew with the band, if it were not for their help, that band would not exist. A weird ownership comes with it. An when Royal Oil came out for the Bosstones, I knew it was time to walk away. That is also how I feel about Salsa Cycles, got too big and common.

I am going to say you opinion/assesment is one I can agree on. I have been to GW twice. I have participated in a number of events prior to their growth in size and cost. The only thing that stood out to me among them, even with the inclusivity push is this: in the grassroots/affordable days- it only meant a small group of people shunned me cause I arrived and looked different but afterwards one or two would come over and say hello, now- even if I can afford it, the group of people who shun me is even more and afterwards no one comes over. This year I looked at the cost to participate in a number of events- still worry of COVID restrictions/politics- and just could not see the fun in scrounging pennies and working odd jobs to only be feeling more like an outcast. This year I decided to just take the routes of many events and ride them at my own calender. Probably stick with that through 2022, I am not competitive. I just enjoy riding my bike in unfamiliar place and paths. I really am impressed by the many cyclist who choose ITT format, especially when reality hits that it is time to hang it up as the route or health are not safe.

I am impressed at you, GT, for struggling with the day to day balances of all this. This is a good tale.

@teamdarb - Thank you very much for these comments. There is a lot to think about here and I know some of those things are difficult for all of us to look at in the mirror, but we must.

And I am leaning more and more towards the sort of cycling you describe as well. Less events- more solo or small group rides for adventure.

As has been stated numerous times, vote with your presence, your dollars, and your desires. As I age the adventure of endurance and exploration are still present. I mainly train by myself as I have the freedom of time. So being in a large event, dealing with the logistics, and not interested in prizes or placement means I will not attend. All events serve a purpose. I am glad the effort and energy is laid out to make them a reality. I choose my own roads and reality to explore.