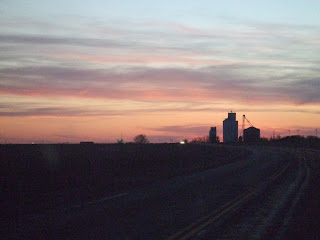 First off, I wanted to let those folks know that were wondering what I thought about aluminum as a frame material that I will get to that soon.....


Okay, now sit back and grab a beverage. This will be a long one!

Here we have a scene fron western Kansas on the first day out from Iowa. Kansas has some big, wide open spaces and the sunsets here are always spectacular. 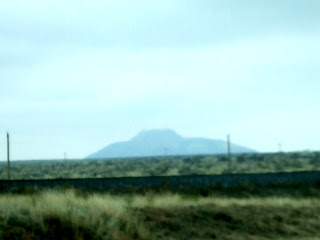 This one is from north of Tucumcari, New Mexico. It's a picture of "The Hat". When you see this "hat shaped" mesa, you know you aren't far from Tucumcari. many a Route 66 traveler longed for the site of The Hat at the end of a long westwards drive back in the day.

In fact, "Tucuncari Tonight!" can still be seen on billboards all around the area. 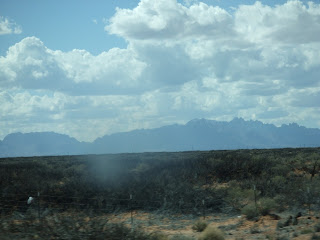 Here's a shot of the Jarilla Mountain Range just north of El Paso, Texas. We were still in New Mexico here. The really cool thing about the trip is all the mountains that we get to see for the last 300 miles or so. I always look forward to this part!

(Sorry about the ghost image here. I took most of these shots through the car window traveling at 75mph!) 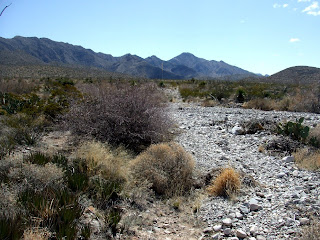 Here the trail traverses an arroyo. Yes, that path of white fist sized and larger stones running into the backround is the trail!

The Lower and Upper Sunset trail loops are super technical, tough, and give you a workout. This is what fried my legs last week. 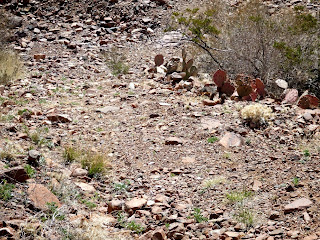 Okay: here you go from lower right to upper left. That's the trail. You will notice that as the trail steepens the rocks get looser and bigger.

This was pretty typical of how the climbs were there. Loose, big rocks in every climb that wanted to spit out from under your tires, sapping your climbing speed, and in many cases, shutting me down.

An FS rig that excells at seated climbing is the e-ticket for this stuff! 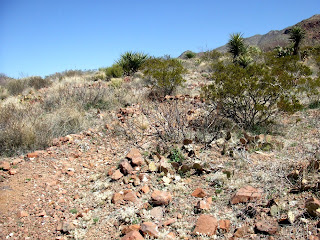 Okay, one last trail shot for ya all. This is a sweeper turn that comes down from the upper center of the photo to the lower left. And no............those rocks are not packed in solid!

It's like cornering on shards of bricks! Even the color of the rocks reminds me of bricks right here.

Amazing trails for sure! I really like the challenge of riding here. 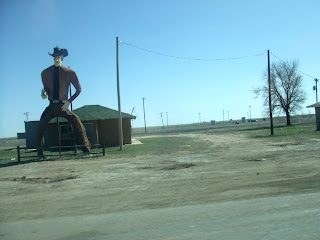 I've been trying to get a shot of this for years! The Cowboy of Conlen Texas!

It's just a metal painted statue of a cowboy drawing his six shooter on the side of the road. What it was put there for, I have no idea, but I am sure it has been there for years.

Just a cool part of Americana that I was lucky to squeeze a shot off of while zooming by at 75mph! 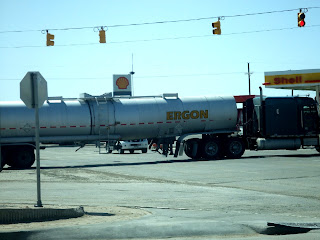 Seen in Stratford, Texas headed north was this "Ergon" tanker. Could it be a secret sauce is contained within that is used to make Ergon grips?

Maybe these top secret squeezin's will find there way into the latest health shake used by Mr. 24 and the rest of the Ergon Team to dominate the upcoming mtb events they enter.

Whatever it is, I was there to grab this photo and start the speculation!

So that's a wrap on the Texas trip of 2010. Now it's time to get down to matters at hand, not the least of which is getting T.I.V6 recon finished!
Posted by Guitar Ted at 1:00 AM

The states of Texas and New Mexico thank you for your admission on violating the law and request you remit a fine equal to the price of Edge Carbon wheels to the Hobo for your transgressions.

@tom: Ha ha! Well, maybe it will get me off the hook to let you know that my wife was driving when I took the photos, eh? No photos were taken while I was at the wheel.

Were you in one of those Toyotas where the brakes don't work? You could have stopped to get a photo of the cowboy. ;) Those trails look really gnarly. Closest we're gonna get to that here is fresh gravel or a couple of spots I know if in Kansas ;)

@Steve Fuller: No Toyota, but a close relative, an old late 90's Lexus.

You better believe gravel experiences came into good use there in Texas! Remember last year's GTDRI near wipe out I had? Yeah, that taught me a lesson!